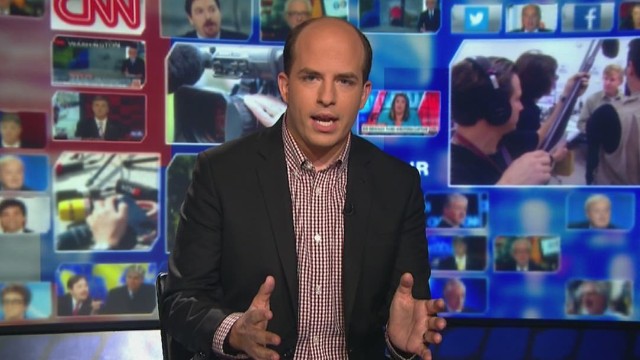 In the news this week, sexual harassment charges against movie mogul Harvey Weinstein have spread into digital media, with tech evangelist Robert Scoble, Vox editorial director Lockhart Steele and others taking heat and losing power. Facebook tests out a secondary News Feed for Pages that has upset publishers in six countries as their referral traffic takes a major hit. Snap’s Spectacles haven’t been the breakout hit the company expected, with tens of thousands of camera-enabled glasses piling up in warehouses. Our Metric of the Week is Pageviews, and we’re joined by Brian Stelter, host of CNN’s “Reliable Sources” to talk about the rise of trolls and bots on social media and the problem with online civility.

“[Facebook execs] talk like they’re the White House. There’s no such thing as an easy solution or an easy answer. Every question they face is incredibly complicated and sure to frustrate some folks that are affected.” -Brian Stelter

Brian Stelter is senior media correspondent for CNN and the host of “Reliable Sources.” Previously Brian was a media reporter for The New York Times and the editor of TVNewser.

As more stories about Harvey Weinstein’s behavior continue to rock Hollywood, we’re seeing a parallel story developing in the world of digital media. Bolstered by reports about the so-called “Shitty Men in Media” spreadsheet from last week, more women have come forward about the harassment they’ve experienced by men in media and tech. Tech evangelist Robert Scoble was accused of sexual improprieties by three women, apologized and said he has been sober for the past two years. Then TechCrunch’s Sarah Burr reported that other women said his harassment continued even in the past two years. Scoble later resigned from the Transformation Group, his consulting firm with Shel Israel focused on helping companies bring AR and VR experiences to their customers.

Also, Vox Media’s Editorial Director Lockhart Steele was fired amid allegations that he too harassed women, according to The Awl’s Silvia Killingsworth. Vox, as well as BuzzFeed, have launched internal investigations to look into other allegations. BuzzFeed set up an anonymous tip line for its employees to report harassment. And allegations are coming forward in the media and fashion industry as well. Conde Nast International has severed ties with photographer Terry Richardson according to a leaked memo obtained by the Telegraph. Richardson’s work is often explicit and there have been allegations of sexual misconduct against the photographer since 2001. Conde Nast COO James Woolhouse announced in a memo that the ban would take place “effective immediately” and all unpublished works by the photographer “should be killed and substituted with other material.”

Remember when Upworthy went from being the hot game-changing publisher to an also-ran after Facebook changed its algorithm? Ever since, publishers have been worrying about the social giant’s reliability and have tried not to rely too much on Facebook. So here’s why news organizations are getting spooked now: Facebook is testing a secondary News Feed with content from Pages – including those from news publishers. The only way publishers’ posts would make the main feed is through boosted posts, or paying Facebook. So far, the new “Explore Feed” is being tested in Slovakia, Sri Lanka, Serbia, Bolivia, Guatemala, and Cambodia, and publishers in those test countries are freaking out. Why? They saw drops of two-thirds of reach and 4 times less interactions, according to a Slovakian journalist.

The test was so alarming to publishers that Facebook’s head of news feed, Adam Mosseri, had to write a blog post saying there are no plans to roll out the test in other countries. But while there might be no plans for a wider rollout of the Explore Feed, that doesn’t mean it won’t happen. For publishers in those six countries, the immediate future looks bleak – the test will likely take months, according to Mosseri. That’s a huge problem in countries where the top Pages belong to news publishers. In Cambodia, for example, Facebook is actually the number one source of news for consumers. Here in the States, Facebook accounts for 40 percent of online referrals to editorial content. The question is whether Facebook will back off the test, or push it into more markets.

Snapchat’s Spectacles Are Piling Up in Warehouses

It looks like the public wasn’t quite ready for glasses that take pictures – though Google could have told you that. After the high profile flameout that was Google Glass, eyebrows were raised when Snapchat decided it wanted a piece of the wearable tech market and introduced Spectacles to help boost its initial public offering. The promise of both devices were easier, more convenient access to their companies’ services. But unlike popular fitness trackers, photo-snapping glasses haven’t been a huge hit with consumers. Snap Inc. apparently has tens of thousands of unsold pairs of Snapchat Spectacles sitting in warehouses, according to a report from Tom Dotan and Reed Albergotti at The Information. And it turns out that “well under half” of Spectacles owners continued to use them after the first four weeks, according to Business Insider’s Alex Heath.

Snap CEO Evan Spiegel had recently said that the company’s more than 150,000 sales had topped the company’s expectations since the product launch almost a year ago. While sales of the glasses may have generated about $19.5 million in revenue, the Spectacles may have been sold at a loss. The surplus in Spectacles means that Snap had expected to sell many more units that it ultimately did. That might explain why the company had to lay off staff last month on its hardware team, according to CNET’s Jessica Dolcourt. But as Dolcourt points out, Snap might not be done with hardware, as there were rumors it would buy drone-maker Zero Zero Robotics. So there might be life yet in the self-described “camera company.”

– Twitter announces it will not take advertising from Russian-backed news outlets RT and Sputnik, and will donate all previous proceeds to fight misinformation.

– And PBS Frontline will post 70 hours of interviews related to a new documentary on Vladimir Putin.