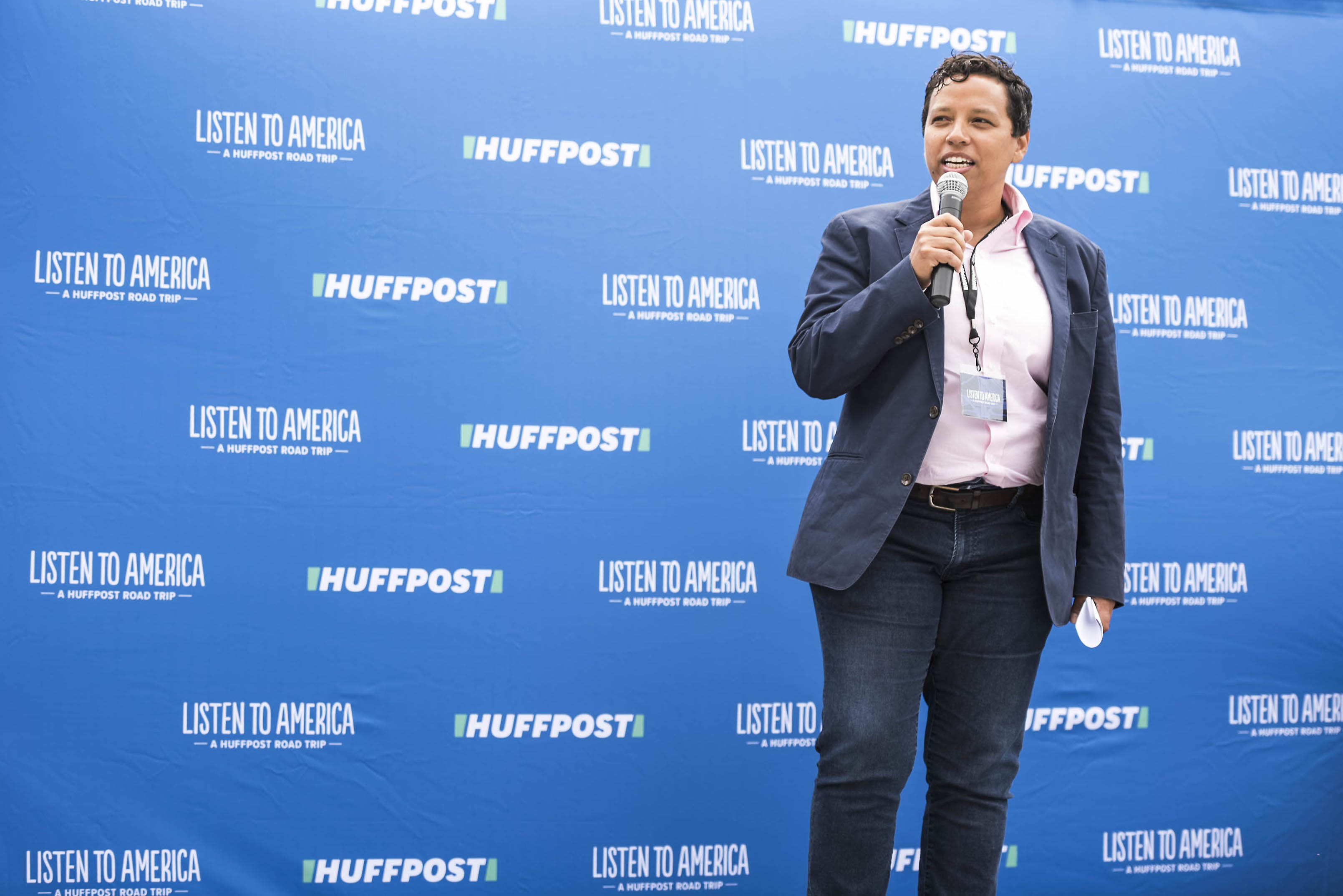 Welcome to MediaShift Podcast, episode #245, your guide to the digital media revolution. I’m Mark Glaser. In the news this week, women responded to the sexual harassment allegations against media mogul Harvey Weinstein by sharing their own stories of harassment on social media at the #MeToo hashtag. The response was so overwhelming that Twitter CEO Jack Dorsey promised the social platform would crack down on abuse. A prominent blogger and journalist in Malta was killed by a car bomb after using the “Panama Papers” to uncover corruption by the prime minister there. Snap and NBCUniversal are creating a joint venture to create original shows optimized for Snapchat and signed up the Duplass brothers as the first high-profile production team. Our Metric of the Week is recirculation, and I’ll go one-on-one with HuffPost editor-in-chief Lydia Polgreen as she wraps up a special bus tour in America’s heartland.

Lydia Polgreen is editor-in-chief of HuffPost. She was named to that position in December 2016 after spending nearly 15 years at the New York Times, where she led an initiative to expand its audience outside the United States, with an initial focus on Latin America. Before joining the Times, Lydia was a reporter in Florida and New York state. She was a 2006 recipient of the George Polk Award for foreign reporting, and in 2007 was named a Young Global Leader by the World Economic Forum.

Following the New York Times’ bombshell story on Hollywood mogul Harvey Weinstein’s decades of sexual harassment, the hashtag #MeToo started trending on social media. Tarana Burke previously started the #MeToo meme for sexual assault survivors in 2007. The hashtag really took off this past weekend when actress Alyssa Milano asked her followers on Twitter to tell their own personal stories of sexual harassment. Within 48 hours, the hashtag had been used more than 800,000 times according to Twitter. Since Sunday, the campaign has gone global showing up in places like Mexico, France, Canada, Australia, and Egypt.

There’s been an outpouring of stories on social media from survivors, among them actress Rose McGowan. She briefly had her Twitter account locked last week after a tirade against Harvey Weinstein, because she posted someone’s personal phone number. She was later reinstated, but last Friday there was a #WomenBoycottTwitter protest for the social platform’s mishandling of abuse. CEO Jack Dorsey responded by saying that Twitter was going to get more aggressive in fighting abuse. He tweeted that the service would add new rules around “unwanted sexual advances, non-consensual nudity, hate symbols, violent groups, and tweets that glorify violence.” The changes will take place over the next few weeks. We’ll see how Twitter handles the delicate balance between an open forum and restriction of hate speech and abuse.

A Prominent Blogger is Killed for Uncovering Corruption in Malta

Last year, the Panama Papers brought to light a wide network of money laundering and corruption. Along the way, it’s won multiple awards including a Pulitzer, and a Polk award. One of the blogger journalists who worked on the papers was Daphne Caruana Galizia. She works in Malta, a small island nation in the Mediterranean that’s the smallest EU member nation. Galizia was called a “one-woman WikiLeaks” by Politico for her dogged work online. And she used those documents to uncover wrongdoing by the country’s prime minister, Joseph Muscat, and his aides.

Though Galizia reported to the police that she had received death threats recently, she was viciously killed with a car bomb outside her home last Monday. The FBI and Dutch experts will be traveling to Malta to help investigate. But her son, Matthew, is already pointing fingers in a Facebook post. He said that his mother’s death was because “the institutions of the state are incapacitated.” Muscat was often the target of her investigations, but he condemned the killing saying: “Everyone knows Ms. Caruana Galizia was a harsh critic of mine, both politically and personally, but nobody can justify this barbaric act in any way.” But already the tiny EU state of Malta is looking a lot more like Russia or Cuba when it comes to press freedom.

Snap and NBC Launch a Studio for Original Mobile Shows

Many startups and large publishers have tried out the idea of webisodes or brief online shows, but many of those efforts have failed in the long-term. That hasn’t stopped Snap and NBCUniversal from creating a joint 50-50 studio to bring scripted content, be it short-form comedies or dramas, to Snapchat. Snapchat already has unscripted shows from A+E, ABC, E!News and Vice. This will be Snap’s second attempt to bring scripted content onto the platform after scrapping “Literally Can’t Even” from Sasha Spielberg and Emily Goldywn. Among the new content partners signed on to the venture are indie filmmakers Jay and Mark Duplass. NBCUniversal had invested $500 million into Snap’s IPO, but this investment in the JV will be separate from that.

Overseeing the joint venture will be Lauren Anderson, who was previously senior VP of primetime programming at NBC. Anderson worked on “The Office” and “Parks & Recreation” for the network, and has extensive connections with creators. One requirement for all the content will be that it runs as horizontal video, naturally, and will follow up on the success of NBC’s “Stay Tuned” and its version of “The Voice” on Snapchat. Unlike other social platforms that have been open to shows from all comers, Snapchat has been more selective about its publishers in the Discover section of the app as well as with new scripted content. Will this new app-centric studio finally lead to a string of hits for millennial viewers? Time will tell, and as producer Mark Duplass told the Hollywood Reporter, millennials’ “bullshit detectors are very, very sharp. Our goal is to clear that bar and make something that feels very honest and very off-the-cuff and very real.”

– And Google partners with CBS Streaming to serve more TV ads in an attempt to kick Comcast to the curb.