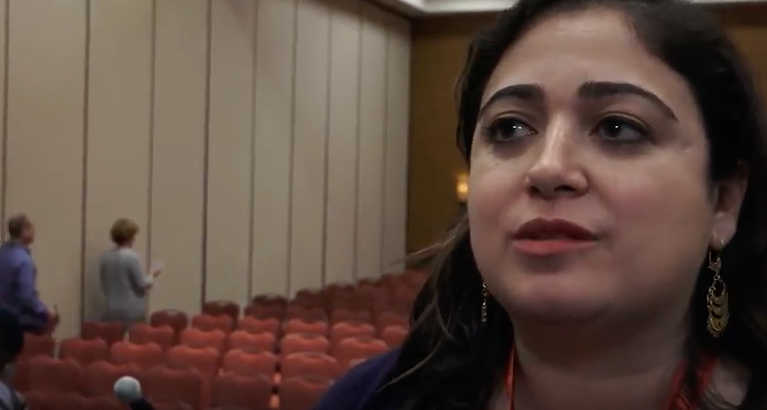 In the news this week, a new survey found that legacy newspaper newsrooms are still dominated by white males, while digital newsrooms are doing much better at creating a diverse workplace. Google joins the party as another place where Russian agents bought ads to sway Americans during last year’s election season. Last week’s ONA conference focused a lot on metrics, innovation, and best practices. Did it miss the bigger picture for media? The Metric of the Week is Automated Analytics, and we speak with Susie Banikarim, the new editorial director at Gizmodo Media Group, to discuss their new TV show “Car vs. America.”

“It's an adjustment that has to come from bringing up more women and more diverse candidates up through the ranks so that it’s part of how they see the world.” -Susie Banikarim on why diversity continues to be a problem

Susie Banikarim is the Editorial Director at Gizmodo Media Group. She served as Chief Content Officer at Vocativ until January 2017, overseeing a range of content and operational functions including editorial, video, audience, and analytics as well as the product and development teams. Before that, she was at ABC News where she had a range of roles including senior producer for “World News.”

Every couple of weeks a negative event will happen and people will start talking about the need for diversity. Whether it’s toxic tech-bro culture or failing to understand the complexities of covering minority communities, a lack of different perspectives makes organizations vulnerable. And while we’ve focused a lot on diversity in tech lately, or lack thereof, we should also take a look in the mirror every once in awhile at media. As a Google spokesperson wrote to me: “Reporters write about diversity in tech all the time – but what about diversity in newsrooms?” Yes, it’s true that reporters love dumping on tech companies for lack of diversity, but they don’t have to look far to see women and people of color at a disadvantage.

That’s especially the case at legacy newsrooms with just 39% women working at daily newspapers vs. 48% at online-only pubs, according to the new ASNE diversity survey. Same for people of color, with 16% at newspapers and 24% at online-only publications. Here’s an even more appalling stat for legacy media: The share of women is up only 1% since 2001, and people of color are up just 2.9%. Seems that even with the massive cuts and layoffs at newspapers over the past decade, they still keep the same lack of diversity for the remaining staff. As for the effect on coverage and culture, here’s what Margaret Sullivan wrote in 2015 when she was still public editor at the New York Times, “Yes, it really matters. My experience leading a newsroom showed me, time and time again, that staff diversity results in better and different coverage.”

When the Russians undertake an influence campaign they really go for it. Facebook has been under the microscope for selling thousands of ads to Russian-linked troll farms, and Twitter has had to close hundreds of similar accounts. Up till now, we’ve been focused on the role of social media giants and Google was largely spared. That ended when Google found that Russian operatives also exploited its various services to try to sway the 2016 election, according to inside sources for the Washington Post. The tech giant found that “tens of thousands of dollars” were spent on ads by Russian agents across many Google products, including YouTube, Google search, Gmail and DoubleClick.

The Post reported that Google tracked the ads by using Twitter’s firehose of data, and that the ads were not bought by the same Russian-linked troll farm connected to Facebook and Twitter but instead were newer players. The New York Times reported that the ads on Google didn’t have the same targeting capability as those on Facebook, including finding people with specific political interests.  These revelations are in stark contrast to what the company has said in the past. Just last month, a Google spokesperson told the Post that they hadn’t come across any evidence of a Russian ad campaign. Google executives will have to testify about their findings in a public hearing to the Senate and House Intelligence Committees on November 1st, so we’ll find more about what they really know.

Every year the annual Online News Association conference comes along in a new venue, and every year we hear about the hottest topics and tools in digital media. This year the show was in DC, and I traveled there to take in the scene with 3,000 attendees, who rarely mentioned the president, even as he tweeted and kvetched a few miles away. One big topic was metrics and analytics, which was a core part of so many sessions, rather than being relegated to a separate track as in past years. In exhibitor booths on the Midway, in panels on products and business revenue, and in sessions from conference sponsors like Knight Foundation and Chartbeat, the industry has become obsessed with metrics.  So what was new? MetricShift editor Jason Alcorn reported that popular sessions covered push notification analytics and knowing your audience in order to boost subscriptions and memberships. Metrics that measure the success of news products got even more attention.

And of course one of the most popular sessions was the annual Tech Trends for Journalism and Media from Amy Webb. As Webb pointed out, 2018 will be the beginning of the end of smartphones which will be replaced by “conversational interfaces” on devices such as Amazon Echo and Google Home. She also mentioned that journalists will need to start grappling with artificial intelligence, along with a coming consolidation of information and technology. But the conversation at ONA didn’t extend far enough for some. CJR’s Nausicaa Renner put it this way: “We need big thoughts, not small solutions” specifically on issues like the rise of social media in elections and the future of free speech online. It’s hard to say whether the focus on practical solutions was because of the intense pressure to innovate or whether there’s simply burnout on those hot-button political issues.

–Medium will now let anyone use its paywall feature to get paid for their stories.
–Twitter adds a “happening now” feature that will group tweets around events, such as sports.
–Snapchat partners with Lyft, TripAdvisor and OpenTable to connect people to “Context Cards” to take actions outside the app
–And Disney and Fox joined forces with other movie studios on Movies Anywhere, a service that will let you buy movies and play them back on any device