Future of Storytelling Festival Will Focus on AR and VR Projects 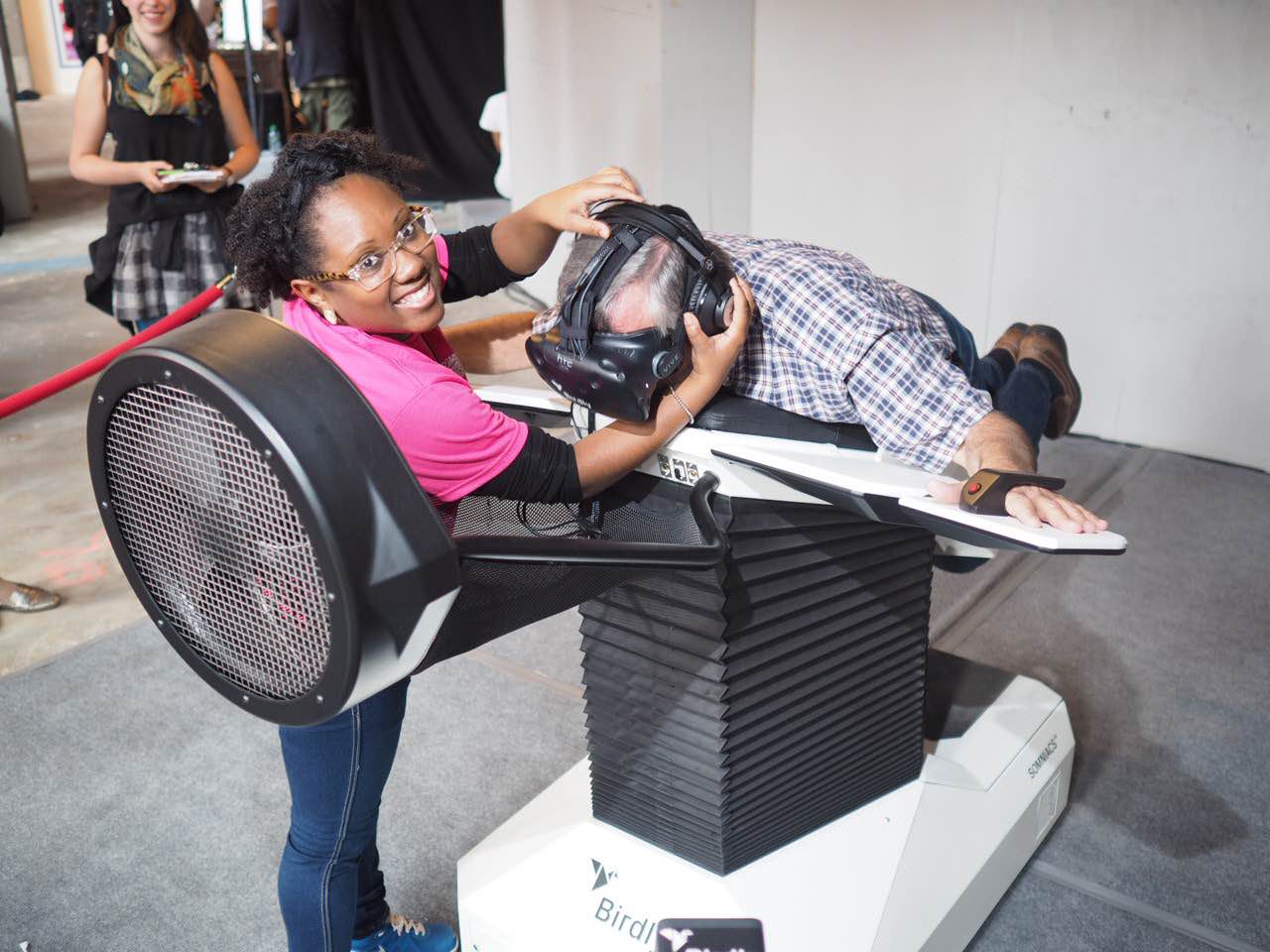 Sales of physical magazines may be in decline, but publishers are hoping one way to get people to buy them is to bring them to life with augmented reality.

That’s what W Magazine did with its special September issue. The magazine is “augmented reality-enabled,” and by using a special app, readers can access special visual effects, including Katy Perry’s talking head on the magazine’s cover.

The magazine will be included in a library of augmented reality-enabled physical materials, one of the many exhibits at this year’s Future of Storytelling Festival, taking place from Oct. 6 through 8 in New York City. Other AR products include Anomaly 2, a book based on the game of the same name, as well as work by the Australian artist Sutu.

A special app allows characters in Anomaly 2 to jump off the page. Photo by Bianca Fortis.

A Festival For the 21st Century

Six years ago, when Charlie Melcher started the Future of Storytelling Summit, or FoST, he envisioned a conference of a few hundred content creators, technologists and marketers – the people inventing the future, he said.

As interest grew, Melcher launched the Festival portion of FoST. This year, 3,000 people are expected to attend and take over Staten Island’s 83-acre Snug Harbor Cultural Center & Botanical Garden. Beyond a number of exhibits and experiences, FoST will also feature live performances.

Melcher, who emphasizes that the event is not a museum, but a playground, said it’s the largest gathering of this kind of technology in the world.

Technology has, of course, evolved since the first FoST. But interest has also evolved: where VR, AR and other new platforms were considered fringe in 2011, they’ve become much more mainstream, he said.

Melcher said when selecting experiences for FoST, he chooses projects that are innovative and break new ground, but also deliver beautiful stories and evoke an emotional human connection.

“We’re not just doing tech demos. You can go to CES for tech demos,” he said, referring to the annual Consumer Electronics Show. “We’re doing storytelling on new tech platforms.”

Melcher recalled how, when he was a child, his father would call him a couch potato because he’d be parked in front of a TV set. He pointed out that people still binge watch, but they’re more likely to participate in some way, whether it’s by tweeting or joining an online fan community. That’s the idea that drives FoST – that humans want to be involved and be immersed in their entertainment.

“People don’t want to sit still for that many hours without being able to interact on social media,” he said. “People want to engage – and be heroes in their own adventure.”

Here’s a preview of a few of the projects that will be on display at FoST:

A multi-player virtual reality experience produced by VR studio Within, Life of Us is a journey through evolution. Participants start as primordial creatures and soon transform into animals, including dinosaurs and gorillas, then humans and, ultimately, robots. Players can engage with and even talk to one another.

Look But With Love

“Look But With Love” is a five-part virtual reality documentary series about social changes occurring in Pakistan. The first chapter tells the story of the women’s elite military force in Nowshera, a group of niqab-clad young women, as they train against an arid backdrop. The women discuss their commitment to protecting Pakistan; the audio from their interviews laid over intense visual footage, including a moment when the camera is positioned to stare down the barrel of a gun as one of the women takes aim and fires.

Produced by the Oculus Storytelling Studio, Dear Angelica is a short VR film in which a daughter, who lost her actress mother, remembers her by watching her old films. The artwork, hand-painted in Quill, is stunning and unfolds in colorful 3D, allowing the viewer to be immersed in a touching and intimate story.