Sex, Lies and Metrics: The Truth Behind The Clicks 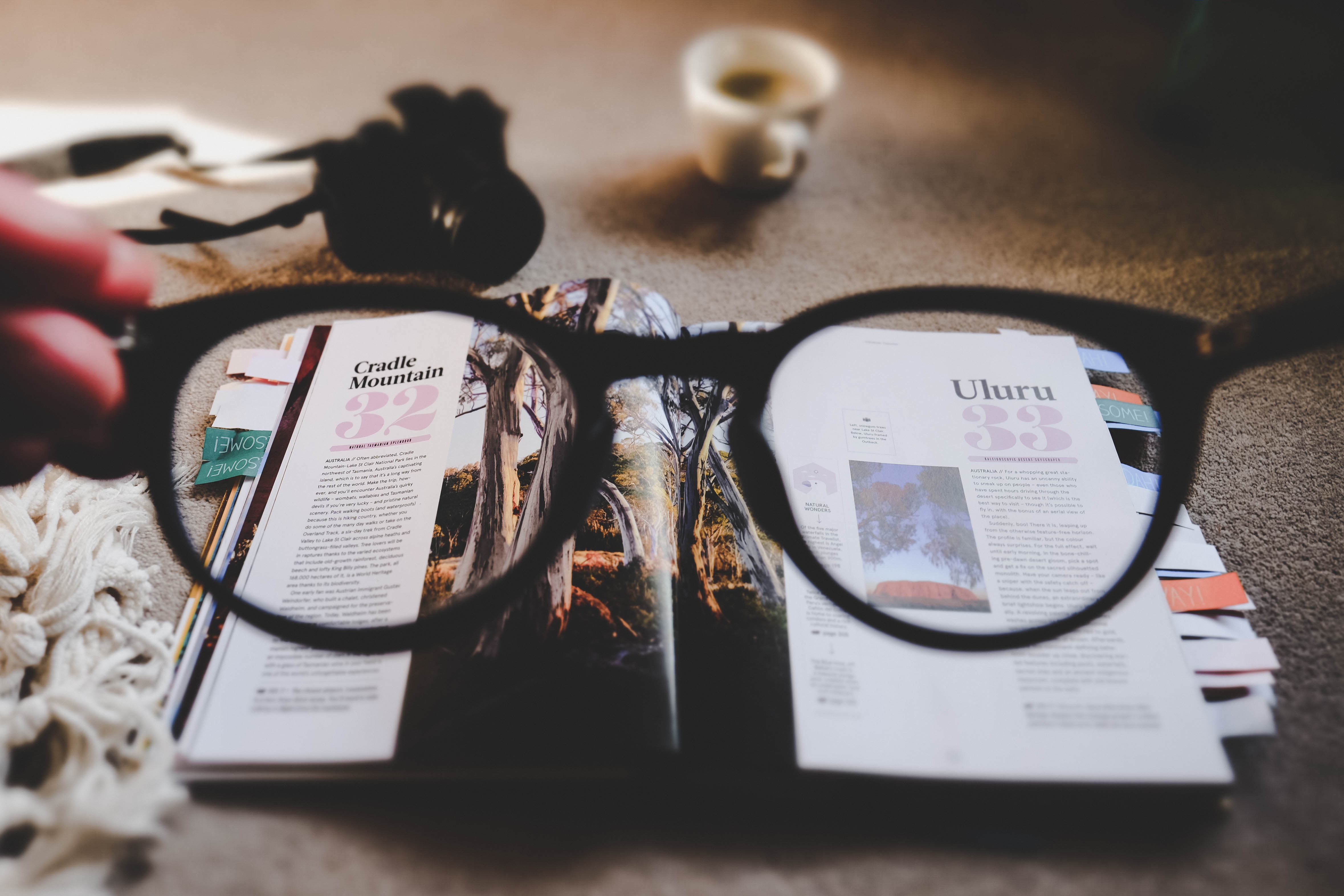 Life through the lens of Facebook. Creative Commons photo by Ewan Robertson.

As print publications go, The Atlantic and The National Enquirer are roughly equally popular. They have a similar circulation. You could even argue that way more people are exposed to Enquirer headlines in check-out lines.

And yet on Facebook way more people say they are into The Atlantic, which has 2.1 million likes compared to 44,000 fans for the National Enquirer. I have 161 friends who like The Atlantic on Facebook. Zero of my friends publicly reveal that they like the Enquirer.

"I can't pretend there isn't a darkness in some of this data," Stephens-Davidowitz writes. "But the truth helps."

The media we say we consume versus the media we actually consume is one striking example of why social media metrics can’t always be trusted, and why more hidden metrics from Google are what data scientist Seth Stephens-Davidowitz calls “digital truth serum.”

“Facebook is digital brag-to-my-friends-about-how-good-my-life-is-serum,” Stephens-Davidowitz writes in his book Everybody Lies: Big Data, New Data and What The Internet Can Tell Us About Who We Really Are, published in May. “In Facebook world, the average adult seems to be happily married, vacationing in the Caribbean, and perusing the Atlantic. In the real world, a lot of people are angry, on supermarket checkout lines, peeking at the National Enquirer, ignoring the phone calls from their spouse, whom they haven’t slept with in years.”

Stephens-Davidowitz paints a dramatic contrast to prove an obvious point: What we want people to see and what we really do are often two very different things. Everybody Lies is an entertaining and breezy read that demonstrates this truth with examples from Google Trends, Google Adwords, social media and real life.

Stephens-Davidowitz investigates the sometimes-entertaining, sometimes-disturbing American mind in private as it relates to sexual proclivities, attitudes on race and gender, and what we say vs. what we actually want. We all have the potential to learn from this data, Stephens-Davidowitz asserts, because we interpret data points to direct our behavior all the time.

“Good data science is less complicated than people think,” Stephens-Davidowitz writes. “The best data science, in fact, is surprisingly intuitive. At its core, data science is about spotting patterns and predicting how one variable will affect another.”

When these patterns reveal what information people seek out online, it has implications for publishers who may need to take a closer look at their metrics. Just because someone is sharing their love for the Atlantic on Facebook doesn’t mean they actually read it (or pay for it). After all, they may have shared it to make themselves feel better after binge-reading trashy tabloid clickbait.

What we say vs. what we do

Stephens-Davidowitz shares another example from Facebook’s own corporate history of the importance of paying attention to what people publicly say, and what they do. The story comes from 2006, when Facebook introduced its news feed feature, the most controversial update in its then-short history.

At the time, more than 700,000 users joined a Facebook group called Students against Facebook News Feed (Official Petition to Facebook). Even though it seemed like Facebook was facing a crisis in the public backlash against the news feed, Mark Zuckerberg was unfazed.

“The reason? Zuckerberg had access to digital truth serum: numbers on people’s clicks and visits to Facebook,” Stephens-Davidowitz writes. With the news feed, users spent more time on Facebook, and also engaged more. In two months, page views jumped from 12 billion to 22 billion.

The anti-newsfeed group still exists today as a sort of digital time capsule on Facebook. I have a friend who left this comment in the group 11 years ago: “Facebook News Feed sucks. It’s like a way for people to stalk other people. screw that!!” Today, of course, that friend posts baby photos on Facebook, where I and others can see them in our own news feeds.

Zuckerberg learned a truth about users of the internet while building his controversial pre-Facebook website Facemash, which allowed students to rate other students based on attractiveness. Instead of getting Zuckerberg kicked out of Harvard, it increased his notoriety.

“People can claim they’re furious, they can decry something as distasteful, and yet they’ll still click,” Stephens-Davidowitz writes. “And later — since Facemash proved too controversial — he took this knowledge of just how interested people could be in superficial facts about others they sort of knew and harnessed it into the most successful company of his generation.”

Stephens-Davidowitz uses the gap between what people say and what they really want to explain not only the success of Facebook, but also Netflix, 50 Shades of Gray and Donald Trump. “The algorithms know you better than you know yourself,” former Netflix data scientist Xavier Amatriain explains in one chapter.

So what do you do with this data if you’re a publisher? What if you’re the Atlantic, or simply have aspirations for content above the level of the National Enquirer?

You don’t necessarily have to despair, Stephens-Davidowitz says. But you should first face all the data and see what is there, not what you want to see.

“I can’t pretend there isn’t a darkness in some of this data,” Stephens-Davidowitz writes. “But the truth helps — and not just for Mark Zuckerberg or others looking to attract clicks or customers.”

Honestly reckoning with data can show us that we’re not the only ones something thinking something that no one is saying out loud. Stephens-Davidowitz cites “Why is Boehner orange?” and “Who is sitting next to Biden?” as top Google searches of the 2014 State of the Union address, for example.

Data can identify people’s ignorance as an entry point for how publishers can help their audience. You can look at the State of the Union kind of search as meaningless “big data exhaust.” Or you can learn from it. Let’s look at one example of how publishers can leverage curiosity.

As an experiment, I tried the methods Stephens-Davidowitz writes and applied it to current headlines. I looked up “Who is Reince Priebus?” on Google Trends. There was an uptick in these searches after the New Yorker article that sent the site record traffic. But the searches skyrocketed to their highest level at 4 p.m. on Friday, July 28th, when Donald Trump dismissed Priebus in a tweet.

I would like to thank Reince Priebus for his service and dedication to his country. We accomplished a lot together and I am proud of him!

Did any publishers help educate the public who were suddenly Priebus-curious? Of course. Vox was all over it. Right now when I Google “Who is Reince Priebus?,” a top-5 result is Vox’s article Reince Priebus’s ouster as chief of staff, explained. Just 26 minutes after Trump’s tweet about Priebus, Vox had a link up on Twitter to their explainer.

The headline is search engine optimized to include his name, title and the fact that he was fired in an efficient package. The article itself is a deep dive 1,950-word explainer rich with links that provide an extensive history, context and backstory. In the article, Vox explains the role of a chief of staff, Priebus’s political and personal background, the reasons why his relationship with Trump didn’t work out after a mere six months into the administration. Vox takes advantage of peak curiosity about a topic to serve and educate their readership.

This is just one case study, but it provides an example for how all publishers can use the metrics of what Stephens-Davidowitz calls digital truth serum. You can be depressed by the data, or you can put it to work.