Is It Time to Double Down On Editorial Instinct? 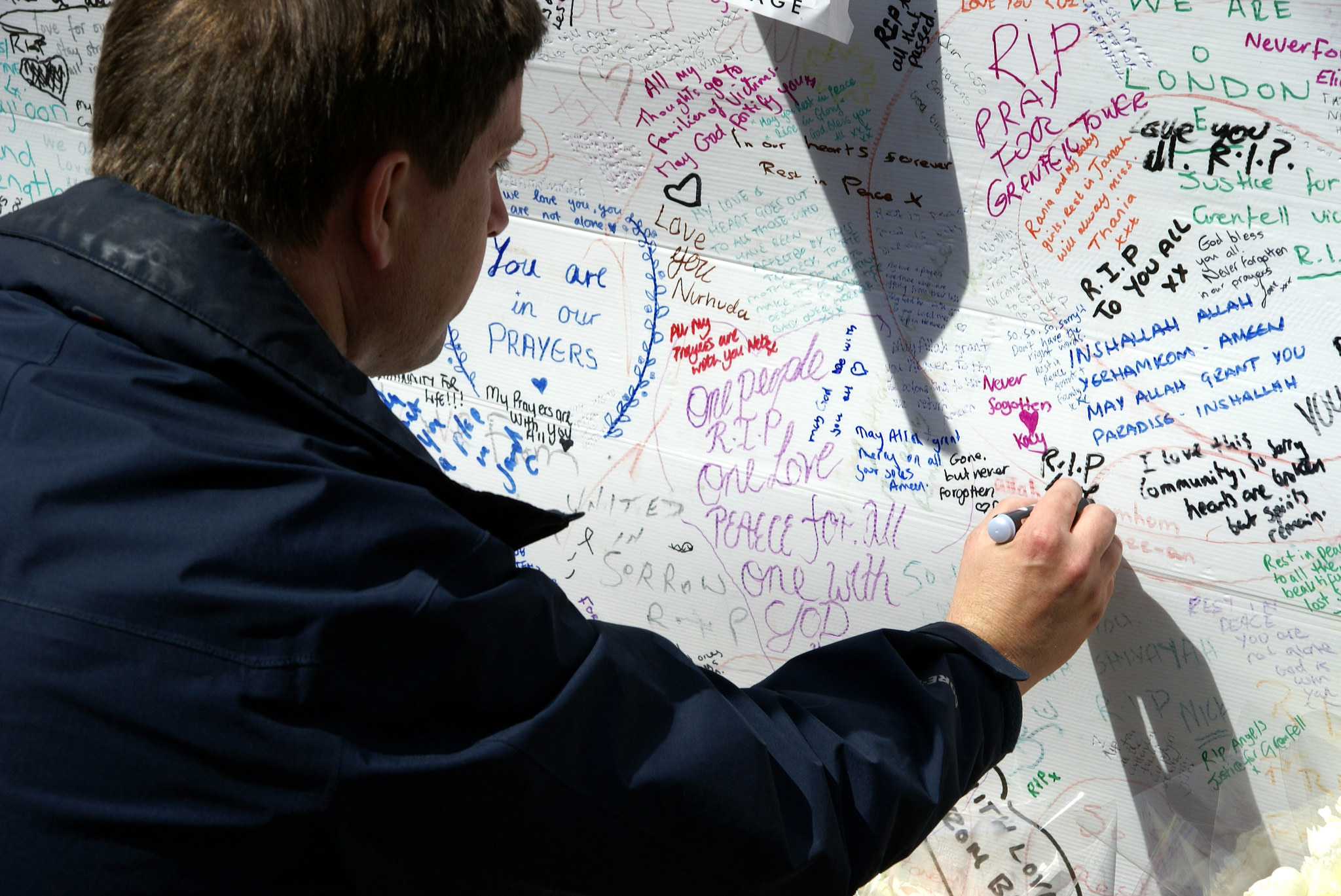 A tribute for the victims of the Grenfell Tower fire tragedy in London. Photo: Flickr

A version of this article was originally published on the Content Insights blog.

The tragic fire that gutted the Grenfell Tower in London on June 14 is a stark reminder of the importance of local, beat and shoe-leather journalism, and the dangers inherent in not speaking truth to power until it’s far, far too late. The issue of course is that simple algorithms can easily obfuscate the fact that engagement with local journalism begins first with building trust in the community in which it’s placed. Maybe it’s time to give editorial instinct a bigger role again.

The situation is one we’re all familiar with. “National and international media… have conspired in creating an attention economy which leaves no room for the unread story,” Emily Bell wrote in The Guardian after the fire.

The local press is having a hard time: it’s commonly reported that something like 80% of journalism jobs have gone since 2006, and more than 200 titles over the past decade. As the news world has moved online, these local publications — in whatever form they inhabit — are struggling. It’s easy to see how editorial decisions are dictated by this very stark reality: economic buoyancy does not often allow for this ‘unread story,’ as Bell terms it.

Local activists lambasted the mainstream media for their apparent lack of interest in reporting the concerns that the Grenfell Tower residents raised. How can they trust a media which ignores the issues at the center of their lives?

A protest march after the Grenfell Tower fire. Photo: Flickr

A journalist’s voice from the past

Grant Feller worked the Grenfell beat nearly thirty years ago, when the housing and safety issues were first raised by residents and he was one of the reporters committing these concerns to public record. He penned an article well worth reading on LinkedIn last week:

“We talk about community and religious leaders as being the lifeblood of neighbourhoods but we forget that local newspapers are, too. They are an essential ingredient in the fabric of society, a cornerstone of democracy. Or were.”

This is where is becomes painfully relevant to Grenfell itself: when grievances are committed to print, they become part of the public record.

“I wasn’t just a reporter. I was a conduit, a campaigner-by-proxy, an accidental member of a fractious, neglected and welcoming community,” writes Feller. This work is the very essence of speaking truth to power, one of the pillars on which journalism stands.

If you are that conduit, that campaigner, that connection between the local community and the larger one, you’re not only performing this very important social function, but by demonstrating you have a man on the ground who is prepared to be a mouthpiece for the issues at hand, you also have the ear of that community, and that trust that goes with it. “The immediate reach of a single story is only half the story,” says Bell, and if you look beyond the simple metrics against the failure or success of a story in the short term, this is absolutely so.

There’s no metric for this function, but trust – like attention – is a valuable commodity and, to paraphrase Ev Williams, it’s only when the commodities are scarce that they become so valuable and worth nurturing.

You gain trust by being engaged in community: perhaps by immersing yourself in it physically, but also by engaging more generally and more regularly with whichever audience you are targeting. And if, as an editor, you’re concerned that this kind of reporting isn’t going to get you the attention your publisher is demanding of you, perhaps it’s worth changing the way you approach your editorial analytics. Sure, these stories might not leap to the top of the real-time charts, but what about the solid, genuine attention they receive? How about the long-term attention that they garner? The ‘unread story’ may not offer immediate gratification, but as a builder of trust over the long term there are bound to be benefits.

Does your editorial strategy work in long-term?

Writing about the Grenfell, journalist Laura McInerney has this to say:

“Why didn’t we see newspaper stories about this inaction? Partly because it is hard to cover things not happening. Attention focuses on action: walkways collapsing, dead firefighters. But, as journalists, we have to plug away at the dull stuff. Keep timetables on our computers of decision dates. Check back to see if things are being done. Write loud words when they are not.”

The point here is not that high politics should be sidelined in favor of more localized coverage. Of course the former is necessary. It’s about paying more attention to an editorial strategy that recognizes the long term benefit of writing for a readership, and understanding that readership’s immediate concerns and questions. It’s about dialogue, about — as Lea Korsgaard said — “stepping down from the pedestal.”

There’s more information of value to the editor than simply measuring success by page views and shares. Longer term, people will return to the publication — and trust it — if the decision is taken to engage with them on the issues that are of the most importance to them in the first place.

We see this now at Grenfell: how much better it would have been if the focus of news outlets prior to this event had been a little bit more focused on speaking truth to power to demand preemptive action, rather than analyzing the terrible aftermath?

Em Kuntze is a freelance writer specializing in digital media and lifestyle features. You can find her on Twitter as @moshiboshi. She’d be delighted to hear from you!