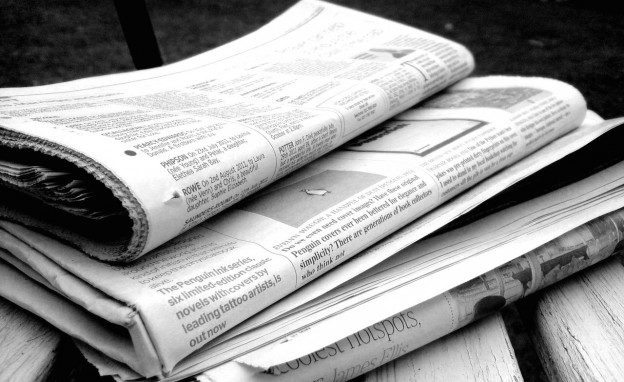 RJI recently asked newsrooms and ad agencies what they are doing today that they weren’t doing a year ago. Turns out quite a lot! This new RJI series will highlight some of the innovations and experiments we discovered and share what leaders are learning along the way.
This Q&A has been edited for space and clarity.

Although news stories can be fed automatically from a CMS to Alexa-equipped devices like the Amazon Echo, Christopher Biondi, senior director of digital development at GateHouse Media, believes tailoring the content to the new platform is the best way to provide a good listening experience.

This is just one takeaway GateHouse newspaper leaders are learning as they try out the voice assistant technology. The Columbus (Ohio) Dispatch is one of the newspapers hand-picking its content.

Producers select stories they believe their audiences are interested in and then summarize them into four or five sentences for the text-to-audio briefings. Only five stories can be sent to the platform at a time, but content can be swapped out for breaking news and other stories throughout the day.

Part of helping audiences have a better listening experience includes making sure the stories are being read clearly. For example, Dispatch staff are discovering which words are hardest for Alexa to pronounce. Using a phonetic spelling often helps alleviate this, says Gary Kiefer, managing editor of new media at the Dispatch.

This is what the Columbus Dispatch sounds like on Alexa

Why are GateHouse newspapers using this technology?

Biondi: We wanted to be an early adopter so we could experiment and adjust as the platform grows. Early on, we see this more as an audience extension platform, and are only beginning to discuss how news on an Echo or another device could be monetized.

What kinds of resources, such as extra staff and funding, did the newspapers need?

Pagano: Out of the gate, no additional staffing was needed, because we are using automated feeds for Alexa to read. However, we do want larger [newspaper] sites to curate and perhaps rewrite tops of articles to fit the platform. Ultimately, we could see some newsrooms producing audio files. These two phases would take additional resources.

Gary, how has this new task fit into your staff’s workflow?

Kiefer: We have a team of eight producers who have primary responsibility for updating the website, sending out newsletters, editing videos, doing podcasts and other tasks that don’t affect the printed paper. We’ve just made this one of the assignments. Typically, the person who is going to pick the stories for the newsletter that day will also handle the Alexa feed.

How do you decide which five stories to use?

Kiefer: We usually pick things we think people will be talking about, so obviously if we have a big breaking news story, we’ll use that. We also use stories we consider pop culture. Last month we had a review of Twenty-One Pilots because they played a whole concert series here. Quite often we have a sports story, with this being a big sports town. We try to keep them to newsy stories as opposed to features, in part, because it’s easier to write a summary for a more straightforward story.

How do you get the stories onto the Alexa platform?

Kiefer: GateHouse has provided us with an easy way to get the stories from our CMS to Amazon. We add a specific category to the story, and that creates a feed to Amazon. It runs off an RSS feed.

What kind of feedback have you heard from customers?

Pagano: The reviews in the Alexa app’s Skills listings so far have been mostly positive. Though in some cases, the automated feeds can push content in that does not work well in text to speech — lottery results, for example. This is why we want to move to at least a basic level of curation.

Kiefer: Mostly a lot of curiosity. When we launched, we ran a story in the paper and we did some promotion on the website. We had a number of people who weren’t that familiar with the whole thing and they were wondering, “What’s this all about?” We sent out a bunch of information about how this works. This year we have seen how the awareness has increased about these voice assistant systems. We have an Echo Dot in our office. We show it off to visitors all the time. For somebody coming into a newsroom, seeing that in action has more of a “wow” factor than looking at a bunch of people sitting at desks working on computers.

Do people have to be a paying newspaper subscriber to get this news on their device?

Kiefer: No, this is a free service. We consider it a sample of our work, just like a grocery store might offer shoppers samples of some foods.

Gary, what’s a challenge you’ve had and how have you overcome it?

Kiefer: Alexa is really good at a lot of basic text-to-speech things. We have a couple things here that pop up a lot that she can’t pronounce. One is the name of our governor who is John Kasich. She mispronounces that. We have taken to spelling it phonetically in our summary. We also have a river here called the Scioto and she stumbles over that.

In news stories, when we talk about a legislator we often write “Rep.” and then the name and an “R” in parentheses to indicate Republican. Those don’t really translate so we have to spell those things out. Also, a straight period after “Rep” can make her stop, if she’s near the end of the last sentence, because she sees that as the end of a sentence.  We’re sort of learning her pattern. There are some other things that are really done well, surprisingly. The goalie from our hockey team here is a Russian. His name is Sergei Bobrovsky and that comes through almost exactly like he would pronounce it.

What advice would you have for other news organizations that are considering using this technology?

Biondi: To really think about the content you are pushing to Alexa. I don’t think you will get many shots at engaging a user, and if the content isn’t written in a way that works for news radio, the poor text-to-speech user experience will make it difficult to grow your audience. I think curation will be key to writing to the platform or at least tweaking existing content so it works.

What’s next for this technology and your newspapers?

Biondi: A future phase could include some newsrooms producing true audio files, with a reader presenting from the newsroom — a much better news experience than text-to-speech. But we expect text-to-speech technology will continue to improve as Amazon and others press ahead.

Kiefer: For the staff, there’s a little bit of a fun factor for this. So much of what we do is well established. We’ve been putting together a newspaper since 1871, so there isn’t much new there. But this is new. People get to learn and they get to try these things and they get to hear Alexa read their stuff and see if she got it all right. I think it’s just a little bit of diversionary fun.