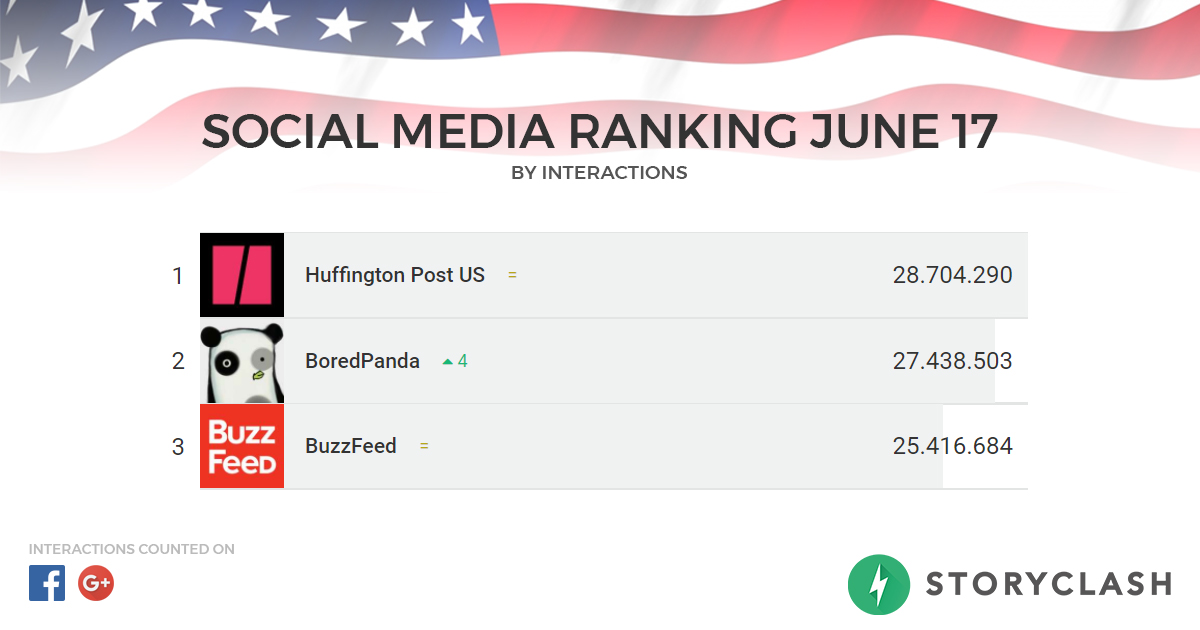 Storyclash graphic.
Each month, MediaShift posts a chart from Storyclash’s ranking of publishers and news stories that get the most social media interactions. Storyclash regularly publishes rankings of Social Media Trends, covering online articles with the most social media interactions on Facebook and Google+.
The list of top pages in June is once again headed by The Huffington Post U.S. with 28.7 million interactions. The main success in the month of June within the Top 10 performing group was Bored Panda which posted an increase of almost 50 percent and more than 27 million interactions. Bored Panda shows hilarious photo reveal situations that are so contradictory it’s hard to believe they’re not staged. This strategy has effectively been rewarded with four ranks up in the Ranking.
The Top Post in June
The most successful post in June comes from The Huffington Post. “I Don’t Know How To Explain To You That You Should Care About Other People” spreads a positive message to the people and received in total 1.48 million interactions, was shared more than 22.000 times, sparked more than 1.500 comments and attracted 27,000 likes.