Storyclash’s Top Social Media Interactions for Publishers in May 2017 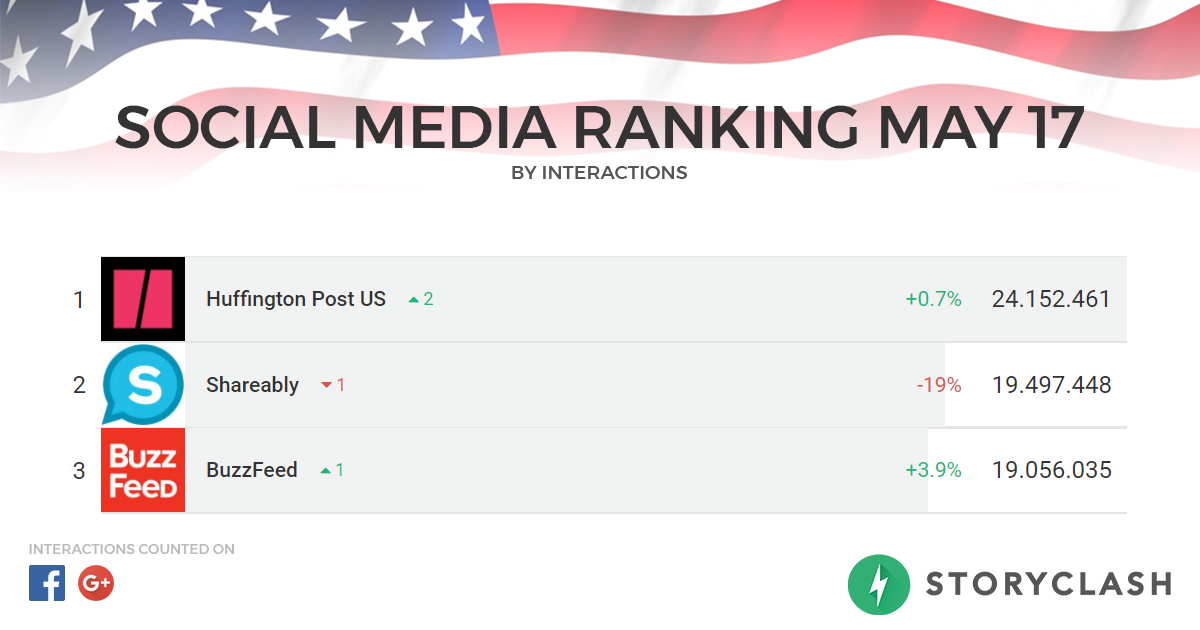 Two key surges in the month of May came from CNN and The Washington Post, both of which increased their number of social media user interactions and moved up several ranks.

In contrast, the biggest letdown within the top 10 was USA Today. The daily newspaper dropped down 5 ranks and lost its 2nd place on the podium,  thanks to a 38.6 percent decrease in interactions.