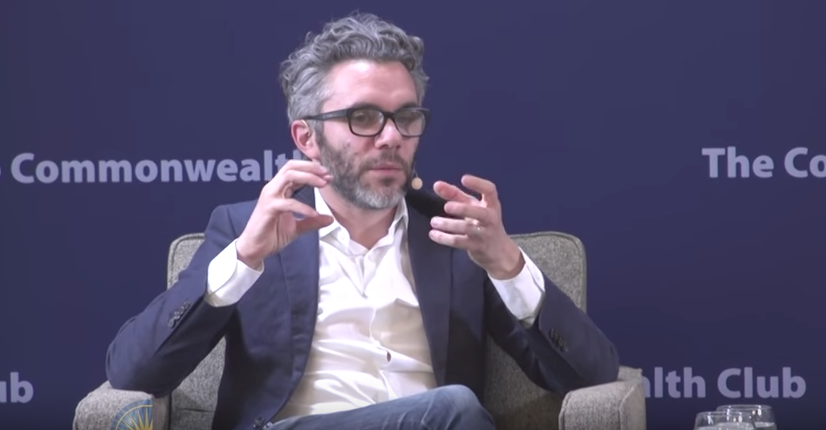 Nick Bilton joined the podcast this week to discuss his book, "American Kingpin," about the Silk Road's founder and his capture

In the news this week, The Intercept received leaked documents from the NSA about attempted Russian hacking into U.S. voting machines, and the Feds revealed they had arrested the contractor who leaked the documents, Reality Leigh Winner, before the story was even published. Apple unveils a new smart speaker called HomePod, and a desktop ad blocker in Safari. Can they compete with Amazon Echo and Google Home? And as the U.K. elections are held there’s a renewed focus on the role of fake news and misinformation in Europe. We’ll tell you which countries have been hit hardest. Our Metric of the Week is ad-blocking usage, and author Nick Bilton, joins us to talk about his book “American Kingpin,” the story of how the Feds tracked down the Dread Pirate Roberts, the leader of the Silk Road online black market.

Note: The MediaShift Podcast will be on summer break until August. Enjoy your summer!

"It was hubris. He truly believed he that he would never be caught, that he was smarter than everyone else." -Nick Bilton on how the founder of Silk Road got caught

Nick Bilton is the author of the recent book, “American Kingpin,” the true story of how the FBI captured the leader of the Silk Road online black market. The movie adaptation of the book is being written by the Coen Brothers and Steven Zaillian. Nick is also a special correspondent for Vanity Fair, where he writes about politics, technology, business, and culture. He’s also a contributor at CNBC, and was previously a columnist for The New York Times for almost a decade. He’s written three books, including The New York Times bestseller “Hatching Twitter,” which is currently being turned into a TV show for Lionsgate.

The Intercept’s Source Is Arrested by the Justice Department

The battle between leakers and journalists on one side, and the government’s spy operation on the other has been going on for some time since high-profile leaks from Chelsea Manning and Edward Snowden. But you can score one for the government as they announced the arrest of an apparent leaker, Reality Leigh Winner, a contractor who allegedly was the source for leaked documents to The Intercept. The online news source published a story Monday about attempted Russian hacking into U.S. voting machines and officials right before last year’s election. And Winner is going to be prosecuted under the Espionage Act, a World War I law meant to catch spies and not government whistle-blowers. So how did Winner get caught and did The Intercept do enough to protect her? For their part, The Intercept released a statement claiming they had no idea of their source’s identity, noting that Winner faces allegations that have not been proven.

But people are already pointing to mistakes by The Intercept that could have compromised Winner’s anonymity. In the PDF of the leaked documents on their website there are barely perceptible “tracking dots” that can show when the report was printed and at which printer. According to New York Magazine’s Jake Swearingen, a reporter from The Intercept, who was trying to verify the documents, mentioned that the document had been mailed from Augusta, Georgia where Winner lives. Ultimately, we don’t know if these errors contributed to Winner’s arrest or if the government would have tracked her down because she accessed top secret documents unrelated to her work. The Washington Post’s Erik Wemple notes that the leaker didn’t follow The Intercept’s own guidelines, asking people not to contact them from a workplace computer. Did the leaker make mistakes? Undoubtedly. Did The Intercept make mistakes in verifying the documents? They sure did. But as Swearingen notes, the one upside for this situation is that it’s an “object lesson” for journalists protecting sources, and hopefully they’ll learn the lesson and use this case as an example for what NOT to do in the future.

Apple Unveils a HomePod Smart Speaker, and Ad-Blocking in Safari

On a lighter note, we turn to Apple’s developers conference where the tech giant had a couple of announcements that will affect the media industry. First, the HomePod. Though Apple is noticeably behind Amazon and Google in releasing their smart speaker, Apple may be betting that they can offer the premium audio product the others are lacking. And of course, it will set you back a cool $350, nearly twice the basic Amazon Echo. Other than higher quality speakers, it’s hard to tell what will set Apple apart. Wired’s Liz Stinson wondered if the HomePod would be a flop as a latecomer, or a hit because Apple has such an entrenched ecosystem with its hardware. TechCrunch’s John Mannes believes that HomePod is more of a startup-y move by Apple, focusing on the product first and the platform second because Siri still lags behind its AI competitors. That way it can make money on the home audio part of the equation and figure out monetizing the personal assistant later.

The other more immediate development for the media industry are changes to Apple’s desktop Safari browser. First, it will block auto-play videos and will “learn” over time what types of ads to block or not. Safari will also include ad tracking prevention, so you won’t see ads following you around the Internet even after you’ve bought a product. The move by Apple comes after Google made a similar announcement with its Chrome browser, which will block auto-play videos as well as annoying pop-up ads and “sticky” ads that follow you around the page. But Google is taking a more collaborative approach with publishers on its ad-blocker, giving them six months to give input before it launches, and working with the the Coalition for Better Ads. In the end, if Apple and Google are putting pressure on publishers and marketers to clean up their act with desktop advertising, hopefully that will translate to a better experience for users on the desktop — and mobile as well.

After seeing how fake news on social media could have helped sway the U.S. election last year for Donald Trump, there’s been a renewed focus on the role of fake news in the recent French and U.K. elections, as well as the one coming up in Germany. But this time, fact-checkers, researchers and the governments are more aware and working to counter the spread of misinformation and propaganda. In the French election, Russian hackers targeted Emmanuel Macron, but he ultimately prevailed. In the U.K. election, a research report by the Oxford Internet Institute found that 1 in 8 stories shared on Twitter came from a “junk news source.” The study found that U.K. users were slightly worse than their French and German counterparts about sharing “junk news” but significantly better than users in the U.S.

Of course, Facebook was taken to task last November and that increased scrutiny has traveled over the pond. Facebook has been hiring more moderators in Germany to suss out misinformation, and it’s also teamed up on an awareness campaign with Full Fact, a fact-checking organization, buying full page newspaper ads explaining how to identify fake news. But Facebook has been making it difficult to track misinformation when it comes to political ads because they don’t share data like Twitter does. So a group called “WhoTargetsMe?” has been asking British people to voluntarily let it track political ads on Facebook that they see. The Bureau of Investigative Journalism analyzed what it calls “dark ads” on Facebook, and found that the minority party, the Liberal Democrats, had run the most ads, with the Conservatives second and Labour in third. The Bureau ran down various types of ads that were targeted in competitive markets, and one analyst told them: “We have no idea what’s going on, it’s the Wild West out there. It seems like a really important playing field to know about, and right now it’s not a level one, nor a fair one.” That’s true, and as long as Facebook remains a closed data system, it will be up to efforts like WhoTargetsMe? to shine a light on what’s happening.