The State of Investigative Reporting: Highlights From lRE 2017 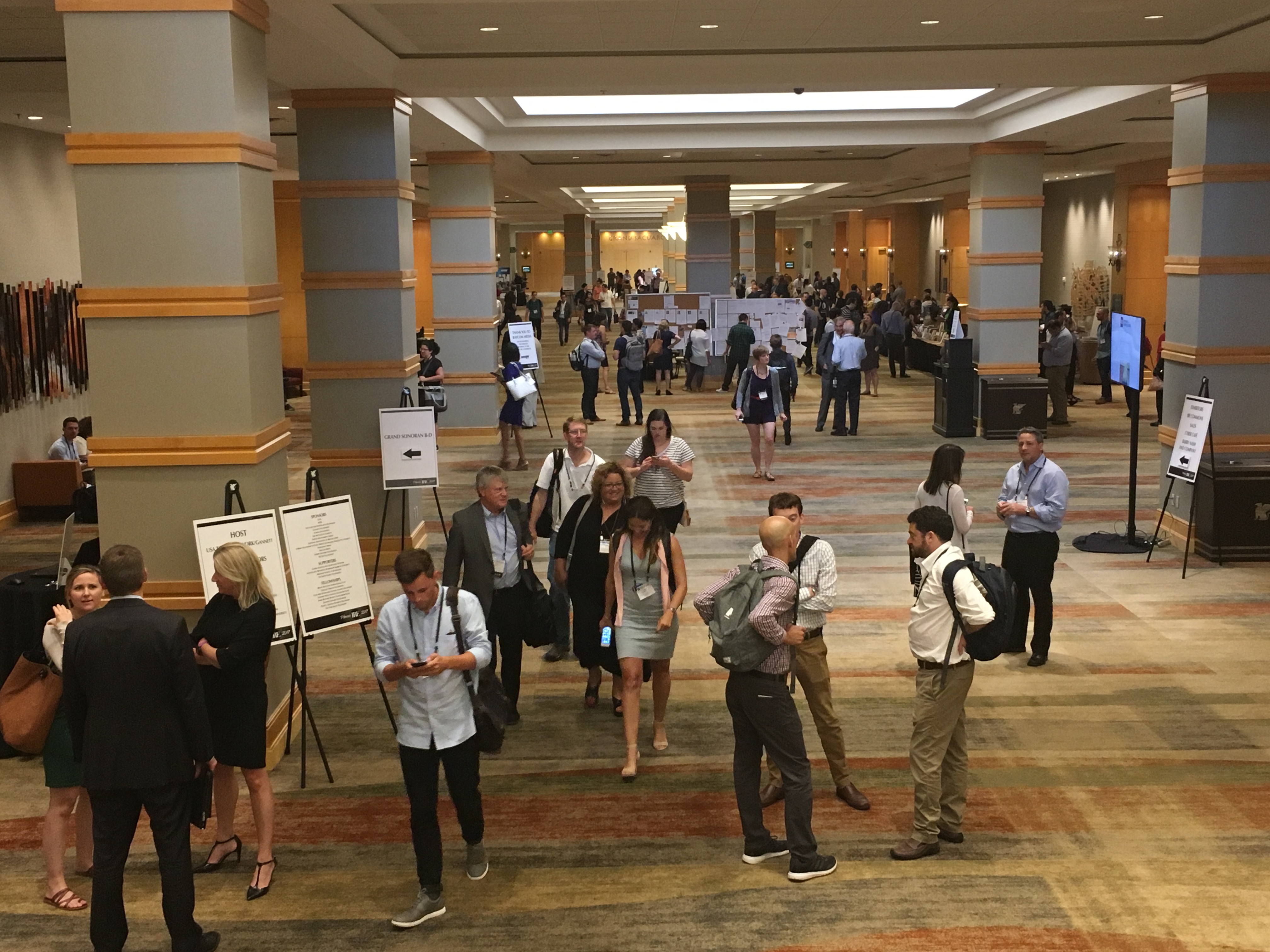 It had all the hallmarks of a good story. Journalists from around the world, renewed with a sense of vigor amidst a political maelstrom, braved hazardous weather conditions to talk shop and glean insight from each other, to continue to fulfill their purpose in society.

As the annual Investigative Reporters & Editors (IRE) Conference unfolded this year in Phoenix, Arizona, from June 22-25, daily temperatures of 117 degrees became the new normal for the unfamiliar. Attendees took refuge in more than 150 panels, hands-on classes and presentations in AC-filled rooms. As with many conferences, networking and catching up with friends was an added benefit to the tips and strategizing. But real talk from some attendees and speakers show that while inspiration is up, the hard work of digging for details, getting audiences to care, and accurately reflecting society continues to be a struggle.

A conference for “investigative journalists” doesn’t necessarily attract journalists who only do investigative journalism — the kind of journalism that may take months or years, and focuses on proving wrongdoing and holding authorities accountable. It’s also the premier conference for television producers and reporters, many of whom are on contracts and looking to network for the next opportunity, said Ken Foskett, an investigative editor at the Atlanta Journal-Constitution, who moderated a panel on police misconduct.

That the masses continue to get most news from television is a good reality check for “liberal elite” journalists who spend their time refreshing Twitter and launching podcasts on niche topics. Indeed, the 2016 election, its aftermath and President Trump’s “war with the media” cast a more somber tone this year, said Foskett, who has attended the conference multiple times since IRE was founded in 1977. “I think there is definitely this sort of cloud that’s hanging over the profession — the fact that we’re under siege, that we’re the enemy of the people,” he said.

A cork board in the middle of the IRE Conference lobby shows the numerous local outlets hiring for investigative reporters, and reporters available to do this kind of work. Photo courtesy of Sonia Paul.

While the New York Times and Washington Post bring bravos for their scoops on the Trump administration, several attendees told me they don’t regularly do investigative work, in part because it’s expensive, time-consuming and lacks editorial supervision. That’s not to say they aren’t determined to incorporate it more into the daily news grind, though — largely in part to gain and renew audience trust.

“It’s finding that balance” of long and short stories, said Peter Samore, a multimedia journalist for KSL Radio in Salt Lake City. He admits his hands are usually full doing everything and anything his editors ask him to do. “It’s always a struggle in every newsroom. But once the time is carved out and planned, this type of deep investigative reporting can be done.”

Where is investigative journalism?

The array of panels this year, including covering sovereign nations and religious authorities, and tracking court records and cold cases, highlights where journalists are trying to make inroads.

The presence of certain topics also indicates industry acknowledgements. While the numerous presentations on policing reflect the realization covering law enforcement is critical, for example, some first-time discussions show rising topics in investigative journalism. Take “Investigating the tech industry,” a panel that largely aimed at how reporters can better source an industry notorious for its secrecy and aggressive and well-resourced PR. Christina Farr, a reporter for CNBC who covers healthcare and technology and served on the panel, told me she knew only one other person at the conference — a fellow panelist — who covers tech. “There are just not enough tech-focused investigative reporters yet,” Farr said. “And I think that will change. It needs to change, given if you look at a list of the most valuable companies in the world, the vast majority of them — the top five or 10 — now are in tech.”

Listen to a more in-depth conversation with Christina Farr on covering technology here:

Investigative journalism and the art of storytelling

One of the more crowded discussions at this year’s conference was “The art of investigative storytelling,” which discussed how journalists can actually get more traction on their stories — the focus being on stories.

“Scoops are reported, stories are told,” Julian Sher, an IRE speaker and senior producer of the Canadian Broadcasting Corporation’s weekly investigative TV show, The Fifth Estate, emphasized during the panel. Reporters immediately tweeted and retweeted the line. Sher broke it down further during one of the breaks at the conference.

“People are busy people. People are rushed. There’s this whole explosion of fake news,” he told me. Audiences may realize more the necessity of growing their news literacy, but journalists also need to help them sift through the noise. “The only way to do that is to engage people the same way they’re engaged when they read a wonderful novel on the beach, or when they go see a great movie in the cinema, or when they watch their favorite TV show,” Sher said, noting the popularity of investigative books and Netflix documentaries. Fake news rides off of “fables” that go viral, he said. That only underscores how important good story is to journalism — especially investigative journalism.

Listen to a more in-depth conversation with Julian Sher on the art of investigative storytelling here:

As with many journalism gatherings now, the failure of the industry to accurately reflect its audiences loomed — from panels geared toward cultivating more diverse newsrooms, to the number of conference-goers attending thanks to fellowships catered to promoting diversity,* to the emphasis of keynote speaker Nikole Hannah-Jones during the luncheon announcing this year’s IRE awards winners.”I’ll solve your newsroom diversity problem in 10 seconds,” she said to an audience that undoubtedly included hiring managers. “Hire people of color.” The some 1600 people before her clapped and cheered loudly, and gave her a standing ovation.

It’s no wonder the journalism industry’s hypocrisy thundered louder than ever when moderators announced this year’s award winners, and featured their head shots on two huge screens. Nearly all of them were white men. “It was very apparent,” said Julia B. Chan, the director of audience development at Mother Jones and president of the San Francisco chapter of the Asian American Journalists Association. “It hit Nikole’s point home even more so. Most likely unintended … a large majority of this field is white males.”

The conference wasn’t all white. Nor did it include only older reporters. Andrea Salcedo, a 21-year-old native of Panama City, Panama, and multimedia journalism student at Columbia College Chicago, attended on the auspices of a fellowship sponsored by Columbia Journalism School. While younger reporters do often have to wait their turn to report investigative news, she finds the beauty of being a student is that you can ask any question you want of journalists. Intimidation or feeling like you’re outside networks should not be a problem. “Because…who doesn’t want to help a student, especially if you’re a journalist,” she said. “You start somewhere, so you want to help them,” she continued, describing the presumed mindset of the people she’s questioning.

It’s a frame of mind all journalists should keep.

Check out more from this year’s IRE Conference here:
Tips & observations from #IRE17 show what reporters are really thinking //platform.twitter.com/widgets.js

Sonia Paul is an independent journalist and radio producer, and contributing editor at MediaShift. She is a senior fellow with the Fund for Investigative Journalism and Schuster Institute for Investigative Journalism at Brandeis University. Her stories have aired and published in numerous media outlets, including NPR, New York Times, Public Radio International, Foreign Policy, VICE News, Backchannel, 60dB and Roads & Kingdoms. She is on Twitter and Instagram @sonipaul.