How Technology Becomes ‘Irresistible,’ And What We Can Do to Resist 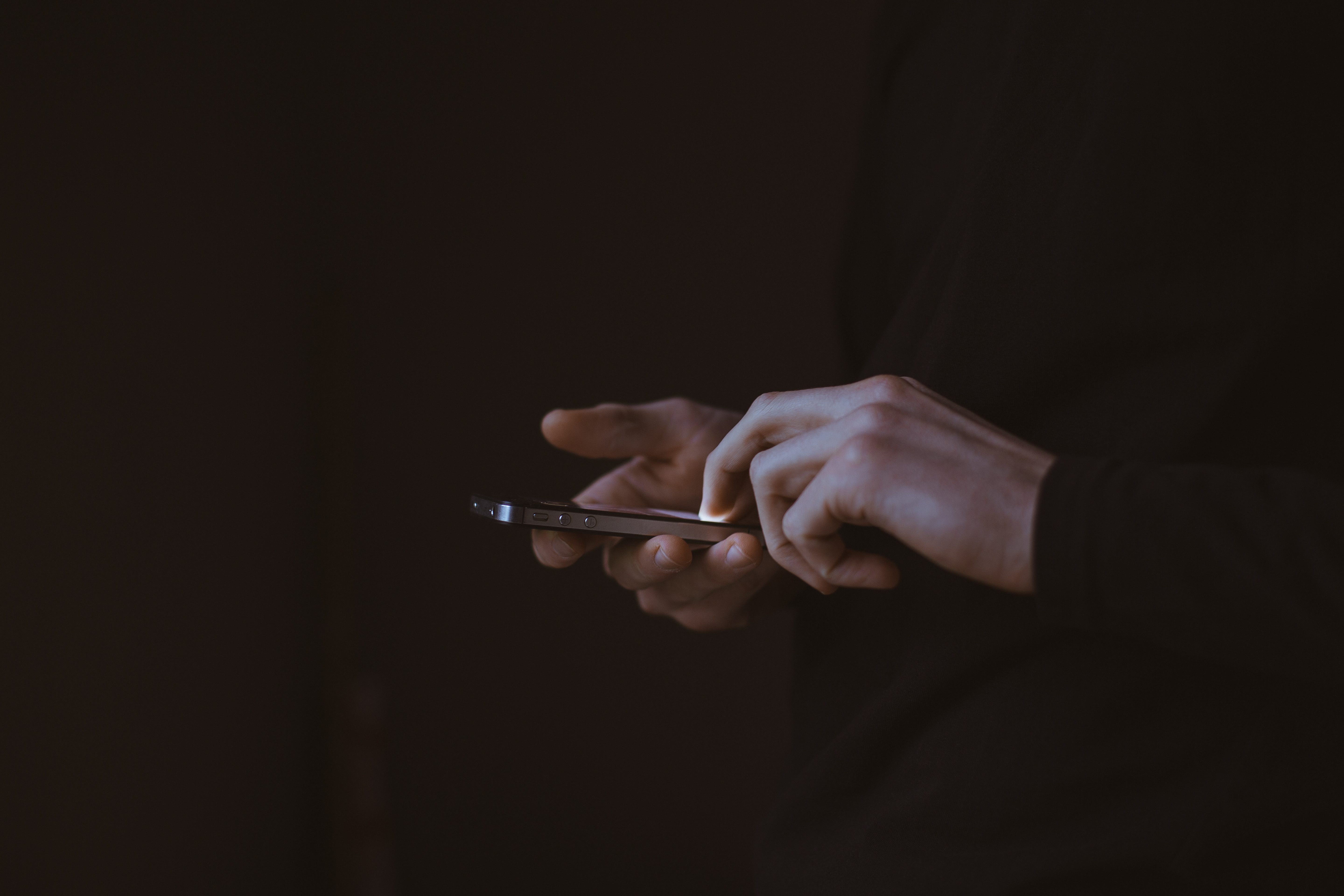 Phone in dark, via unsplash

In 2015, a video of a group of sorority sisters at an Arizona Diamondbacks game went viral. The young women relentlessly took selfies while flipping their hair, making faces, and showing each other their phones. Presumably, a baseball game was taking place, but they hardly knew it. The action inspired a bit of banter between the television announcers. “That’s the best one of the 300 pictures I’ve taken of myself today!” one said. “Every girl in the picture is locked into her phone,” the announcer observed. “They’re all just completely transfixed by the technology…Can we do an intervention?”

Alter's message is clear: Addiction to the Internet, smartphones, social media, videogames, and even step trackers can happen to anyone.

Watching these ladies felt like a scientific experiment — a chance to observe the American twenty-something in the grip of a powerful addiction when she doesn’t know she’s being watched. Many people, like the announcers, had a laugh at the women’s expense, while others criticized the announcers for criticizing them. But few took this moment as an occasion for introspection, a chance to ask, do I behave like that with my phone? And is the fact that I clicked on this video during an unintentionally lengthy Facebook session instructive?

Adam Alter, an author and assistant professor of marketing and psychology at New York University’s Stern School of Business, explores these questions and more in his new book Irresistible: The Rise of Addictive Technology and the Business of Keeping Us Hooked (Penguin Press, 354 pages, $27).

Alter begins by delving some of the history of research into addiction, and draws a distinction between substance and behavioral addiction. “Behavioral addiction consists of six ingredients: compelling goals that are just beyond reach; irresistible and unpredictable positive feedback; a sense of incremental progress and improvement; tasks that become slowly more difficult over time; unresolved tensions that demand resolution; and strong social connections.” All of these elements are offered by a wide variety of the technologies in common use today, available to users at any time due to the omnipresence of smartphones.

While there are ways that behavioral addictions differ from substance addictions, one thing they have in common is the importance of context in inducing the addictive behavior. Alter describes how thousands of American servicemen in Vietnam dabbled in heroin abuse while overseas, but most didn’t continue to use it once they returned home because they were experiencing none of the contextual cues that had led them to indulge in drugs.

Behavioral addiction to social media can also be fueled by context. Alter cites one study of teenage girls’ overuse of social media that demonstrated how their daily lives encourage addiction to it. “As addictive contexts go, this was a perfect storm,” he writes. “Almost every teenage girl was using one or more social media platforms, so they were forced to choose between social isolation and compulsive overuse.” It would be virtually impossible for a sorority sister living in the social-media drenched context apparent on that baseball game video to abstain.

Alter details one man’s radical effort to disengage himself from the context that led to his overwhelming addiction to World of Warcraft, a multiplayer game that’s particularly difficult to stop once you start. After binging on and off on the game for years, Isaac Vaisberg went on an epic, five-week bender of playing WoW, scarcely sleeping, ordering in food, ignoring his school, work, and hygiene obligations. After it, Alter writes, “He’d put on sixty pounds of pure fat, his hair was greasy, and his clothes were filthy.” Vaisberg decided the only way he could quit the game was by moving across the country from D.C. to a treatment center called reSTART in Seattle. Once Vaisberg finally was free, he never went back to college or D.C. again, instead starting a new life as a CrossFit gym owner, to keep clear of the cues that triggered his addiction.

Alter’s message is clear: Addiction to the Internet, smartphones, social media, video games, and even step trackers can happen to anyone. The fact that so many succumb to technologies that seem designed to trap people is not a sign of personal weakness. Humans have evolved to respond to the stimuli these technologies provide, sometimes in a desperate, helpless way. The technologists who craft these devices are making them addictive either on purpose or accidentally—except for a few rare exceptions of people who are trying to design easy-to-put-down-games. (And in one case, Dong Nguyen, the creator of Flappy Bird, pulled the game because he concluded it was too addictive.)

Since these technologies infuse our lives and many of us must use them for work and home, everyone needs to come up with a plan to evade addiction, or their productivity, engagement with friends and loved ones, and general happiness will suffer.

Alter suggests approaches including leaving your phone off and far away from your bed at night, limiting kids’ screen time so addiction doesn’t happen in the first place, and watching your favorite show on Netflix strategically, turning it off before it reaches a cliffhanger that could provoke binge watching. If you don’t get a handle on that iPhone addiction, you just might end up starring in a viral video, looking like a lab rat repeatedly pressing a sugar pedal.