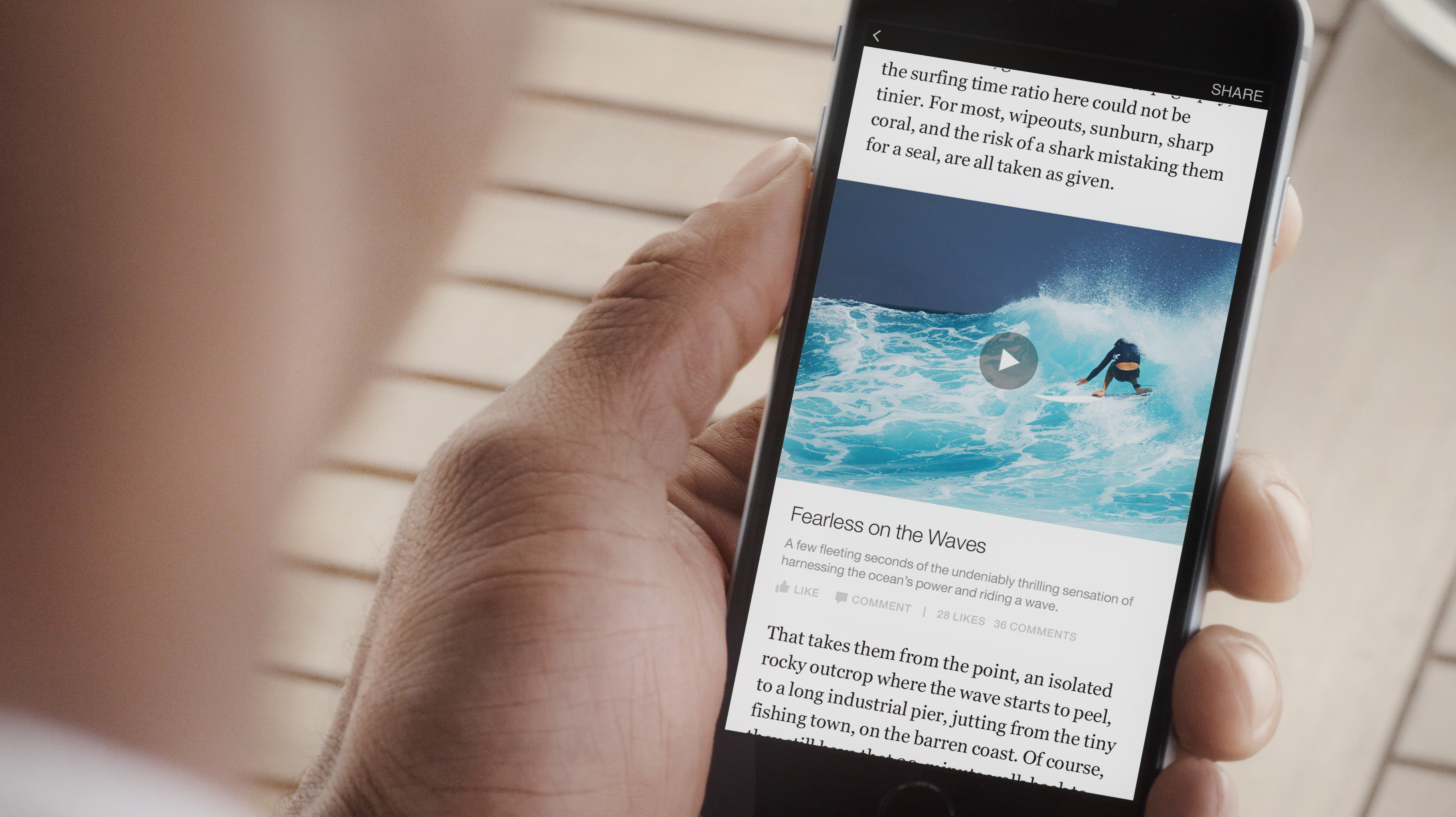 According to Facebook, an Instant Article is 20 percent to 50 percent more likely to be clicked than a regular link post. Since January, Facebook says the number of publishers using Instant Articles has increased to over 9,000, a 27 percent increase.

We last looked at Instant Articles in September, and noted the high engagement. Facebook has recently added several Call-to-Action options to the format so that readers can now be prompted to like a Page or sign up for a publishers’ newsletter.

While some publishers are struggling with how to increase direct monetization from the format, we’ve previously seen social media engagements around Instant Articles run high.

We used NewsWhip Analytics to pull seven publishers’ top engaging articles of the past two weeks across Facebook. We then checked Facebook to see if these publishers’ articles were posted as Instant Articles to Facebook or not.

These publishers who saw all their articles come from the instant format have also embraced Google’s AMP, making their articles available on the Google’s easily accessible version. Like Instant Articles, AMP loads ads, photos, and embedded videos.

This is what Google’s AMP and Facebook Instant Articles look like for the same article from the Huffington Post. Both load quickly, but have very different designs above the fold.

We took a look at our three publishers from September to see if the engagements (likes, shares, comments, and reactions) they’re seeing on Instant Articles have shifted.

Remarkably, there is quite a difference in engagements between now and September’s analysis. Both Vox and Slate are both seeing over 1,000 average engagements per their Instant Articles, with considerably less on their regular link posts.

The Atlantic however, has disrupted the trend. While the Atlantic had the biggest difference in engagements for Instant Articles in September, now this has been flipped, with the two quite closely matched.

It’s clear these publishers are being very precise about which links they choose to not push as Instant Articles. For the Atlantic, the average indicates their non-Instant Articles are stories that have a unique impact that can’t currently be supported by Instant Articles.

These engagements show that Instant Articles is still driving a value for publishers, if not substantial monetization just yet.

According to an article from Digiday, while the New York Times has currently paused its Instant Articles production, it hasn’t closed the door on the format, and publishers are keen to get more data and subscription features into the format.

Instant Article usage isn’t contingent on vertical either. A quick look on the Facebook app reveals its usage across verticals. Bleacher Report, the Dodo, TechCrunch, and Refinery19 are using Instant Articles to post the bulk of their articles as Instant to their Facebook Pages.

While some publishers may be more focused on the monetization aspect, others are choosing to remain and benefit from the format in other ways.

What goes Instant and what doesn’t?

So how are publishers taking a more strategic approach to Instant Articles, choosing not to adapt all of their articles?

For Vox, its top engaging article of the past two weeks (April 10th to 24th) was the only non-Instant Article in the top ten.

This article has driven over 110,000 engagements across Facebook for Vox since publication, with many from News and Guts sharing out the post on its page.

In fact, its top 19 runner-up engaging posts were all Instant Articles. As in the case of Vox’s top post, Vox’s few non-Instant link posts seem to be very visually based content, which might be better suited in their original format.

Slate saw its top ten engaging articles all posted as Instant Articles, though its main Facebook Page is varying its approach between Instant Articles and regular link posts a little more equally than Vox.

Like Vox, Slate’s regular links often led to podcast articles or visually intensive articles, but this was not always the case. Washington Post and the Telegraph also saw their top ten articles all come in the form of Instant Articles.

What about the content itself? Are Instant Articles suited for hard or soft news?

CNN and Fox News had mostly Instant Articles as their top ten engaging articles, but three of the ten for both were just simple link posts. What differences can we note about the top engaging articles, across Instant and those not published to the format?

There doesn’t seem to be too much discernible rhyme or reason. Fox News’ non-Instant Articles were softer pieces or commentary, and one of them, an article about Gary Sinise being awarded a Walk of Fame star, was published as a photo album to Fox News’ Page instead. We noticed pieces of content being sliced and diced like this across all seven publishers, with portions of articles’ media being uploaded natively.

There isn’t a pattern between Instant and not-Instant for CNN either. The articles that made it into the publisher’s top ten for the past two weeks were about California wildflowers blooming, Taiwan banning consumption of dog and cat meat, and a Syrian photographer rescuing an injured child. These articles again, had a a good deal of visual content.

Despite the monetization concerns around Instant Articles, it seems that publishers are still testing out the format and benefitting from heightened engagements. Facebook is tinkering with new ways to deliver more value from Instant Articles to publishers.

Should you use Instant Articles?

Instant Articles’ popularity reflect an increasingly mobile audience. As of February, Facebook currently counts 1.23 billion daily active users, with a staggering 1.15 billion of them on mobile.

It’s essential to be able to reach your audience wherever they are, as people digest stories and media on their commutes, standing in line, waiting in their doctor’s offices.

If you’re creating content that is heavily visual or interactive, it may not be adaptable for the format currently. Unique content still holds appeal and can benefit from the same level of engagement as Instant Articles, like stories told through audio, interesting visuals, or other interactive media.

As more publishers feel the pressure to focus on monetization, what are the benefits of Instant Articles? With Instant Articles (and AMP), there is an ease for seamless social sharing. A better user experience can lead to happier readers since content loads so quickly. Community building may be easier through Instant Articles, as comments are readily available.

For the time being, it comes down to what publishers want to prioritize, whether that’s steady monetization or social media engagements. We’ll be watching to see how Facebook and Google continue building out their quick loading articles and how publishers and their audiences respond.