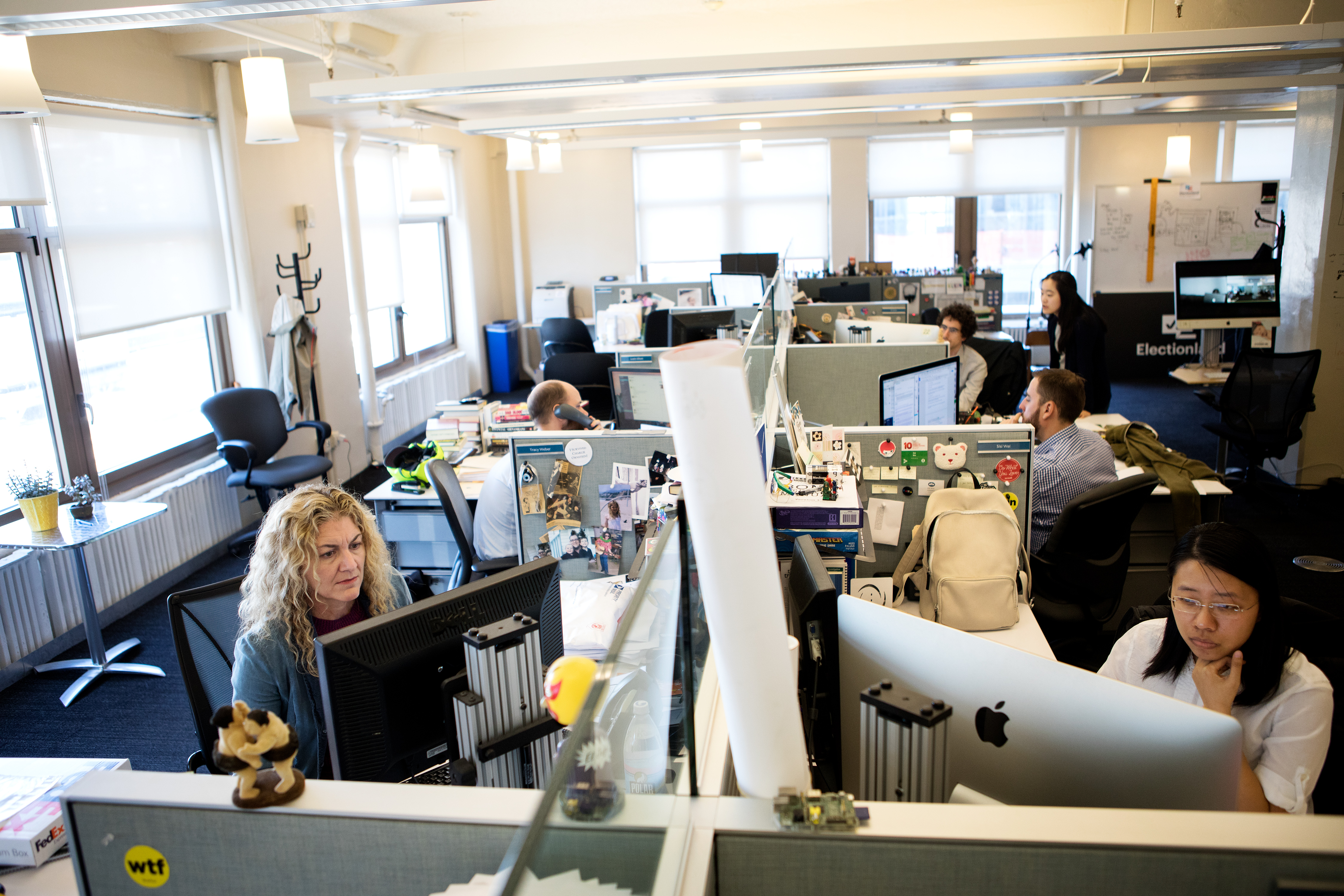 ProPublica has earned more than its share of accolades. Four Pulitzer Prizes in seven years, numerous Peabody Awards, Emmys… name a journalism award, they’ve probably won it. But engagement editor Terry Parris, Jr., has his sights set on one more trophy: a Pulitzer Prize for a crowdsourced reporting project.

"Are many people participating? Are they giving the newsroom something that can inform the journalism?"

I recently spoke with Parris and his colleagues, engagement reporters Adriana Gallardo and Ariana Tobin. The team evangelizes for metrics that have less to do with quantity on social and more to do with high-quality participation — which can begin on social media but develop further through on-site call-outs, forms and (a lot of) email. We chatted about the work the engagement team does to support and create ProPublica’s journalism, how they measure success and why working on engagement at ProPublica is unlike anywhere else.

How ProPublica is changing

In the years since its launch in 2008, ProPublica has mainly focused on putting out a couple of big investigations each year. That pace of publishing has been notably slower than most newsrooms, but that’s changing. To respond to the changing news environment (read: Trump administration) and hearing a demand from its audience, the newsroom is attempting to speed up its metabolism and serve its audience in faster ways.

Lately the engagement team has pulled off what Tobin describes as “really really short-term turnaround engagement projects” — like a crowdsourcing and fact-checking project where they invited people all over the country to send in the responses they’d received from their elected officials regarding the health care repeal. The call for responses went out on March 10, in partnership with Kaiser Health News, Stat and Vox. On March 22, they published a fact-check of those letters.

They can do that, in part, because of the unique way that the engagement team is set up.

The team divides up projects, with each engagement reporter taking the lead on different ones. Tobin is spending her time working on “Documenting Hate,” a reporting project on hate crimes, crowdsourcing stories about potential problems in “alternative schools,” cobbling together a list of White House staffers required to file financial disclosure forms and reviving ProPublica’s weekly newsletter. Gallardo is focused on collecting the stories of women who died or almost died during childbirth. While one engagement team member might be the lead on a project, two or maybe all three of them will collaborate on the projects, tapping into each other’s differing skillsets.

The engagement team is also the social team, which means they’ll spend time working on how to tell a story on social, even if that project wasn’t an engagement project. Nieman Lab recently covered how the team members divide up social duties and how they have adjusted in the age of Trump. I won’t rehash that here, but the tl;dr is that they take turns, one week at a time, programming the social accounts, with marked success.

Measuring the impact of engagement

Parris says it’s important to acknowledge the difference between “how you measure the success on a ProPublica.org article page vs. how you measure success for an engagement project.”

“I think we have a long way to go before we are able to sit down and successfully say like ‘this crowdsourcing project made a difference and here’s quantifiably the different boxes that we can check that show that we made a difference,’” Parris says. “One thing we have to work on is redefining what success is.”

Parris brings up the non-profit newsroom’s annual report, which in the past has highlighted the impact that its stories have had on legislation, the awards its investigations have won and traditional web metrics such as pageviews, visitors, email subscribers and followers on social. In its latest report to stakeholders, covering January to April 2017, the first section of the report focused on ProPublica’s reimagined engagement efforts.

Parris would like to see more organizations recognize which stories actually came from community engagement and were made possible by engagement teams like theirs. And not only newsrooms recognizing it themselves, but also awards committees conferring honors on this way of doing journalism.

For now, one way they decide whether an engagement project is going well is the level and quality of participation they are getting from the audience. Are many people participating? Are they giving the newsroom something that can inform the journalism?

Parris points to the “Reliving Agent Orange” investigation, which he spent 18 months working on, as a successful project with high levels of participation as well as high-quality submissions and connections made through the engagement work. To date, ProPublica has received more than 7,000 responses from vets . (Here’s a piece Parris wrote 3,352 responses into the project.) On the flip side, one engagement callout that they tried as part of the “G.I. Dough” investigation didn’t resonate with people and attract participation in the way other projects had. (In hindsight, Parris thinks the ask was too complex and lacked a clear community to target for engagement.)

Another way that ProPublica is different from a typical newsroom: gauging success by asking whether its journalism was useful.

“Between local public radio and ProPublica, I started to get really interested the idea of producing journalism that in and of itself was useful and that could be measured in different ways that we don’t normally think about,” Tobin says.

The engagement team is designed to facilitate that. Freed from the usual mandates of social media and metrics, they are in constant interaction with the rest of the newsroom, and their work is inherently collaborative, building relationships with reporters, editors, designers and “the nerds.” (Parris’s word.)

“My favorite thing about ProPublica is that we get to define metrics differently for every single project, and that’s unlike anywhere else I’ve ever been,” adds Tobin. “The only actual official dictate from above is impact. That’s a goal that can be totally unique to every project that we do. And I think that’s awesome and exciting.”

Julia Haslanger is an engagement consultant at Hearken.