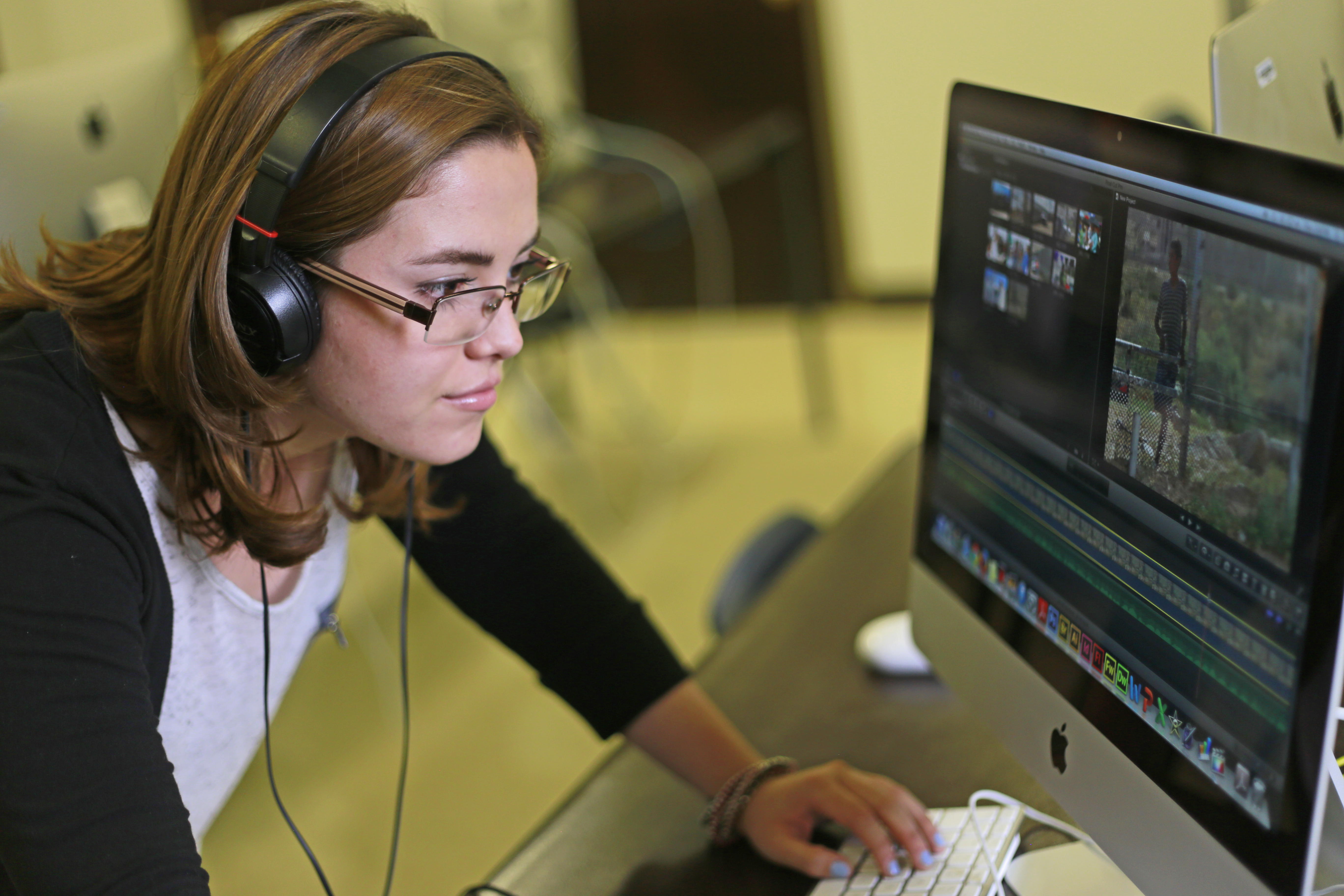 Bilingual multimedia journalist Vianey Alderete spent a summer interning in Los Angeles, sleeping on the floor of a one-bedroom apartment she shared with a male roommate from Spain and driving two hours back and forth to her newsroom.

The next internship in Dallas paid better, but Alderete slept on an air mattress in a moldy, buggy shared a one-bedroom apartment. It was all she and her roommate could afford because she also sent money home to her mom.

“Now, my ultimate goal as a journalist is to be an editor one day and make my newsroom more inclusive.”

“If I was more privileged, I wouldn’t have those same experiences,” said Alderete, who knew and still knows colleagues living similar experiences. “It was struggle, but it was worth it, and that’s very common.”

The need for more diverse newsrooms is longstanding and well documented. The 2016 Diversity Survey by the American Society of News Editors revealed that minority journalists made up only 17 percent of newsrooms. National Public Radio’s news division is about three-fourths white. Newsrooms still do not reflect the general population, where more than a third of Americans are Latino or non-white.

But diversifying newsrooms is not about making sure the proportions match up, said Joanna Hernandez, director of diversity initiatives at the CUNY Graduate School of Journalism.

“When you have a diverse newsroom, different people can tell you what’s important. It’s not just one person saying that’s important, that’s important,” she said. “You need to have a newsroom that reflects the population it serves and you have to be able to talk about the things that are important to that community. What better way is it that to have someone from that community to chime in when those news meetings are happening and say this is what’s going on?”

Only last year, when Alderete joined the Knight CUNYJ Summer Internship Program in New York, did she get some financial relief.

Now in its third year, the Knight CUNYJ Summer Internship Program offers undergraduate students an eight-week experience in New York City with housing, transportation, and a stipend provided by the John S. and James L. Knight Foundation. Students receive digital journalism training the first week and spend the next seven weeks in newsrooms across the city. The top five fellows out of each year’s class of 20 receive a full-tuition scholarship to the CUNY Graduate School of Journalism if they applied and were accepted.

The success of the Knight CUNYJ Summer Internship program is evident in the students who have gone onto graduate school, maintained contact with their assigned media outlets, or won awards for their work, said program director Joanna Hernandez, who is also the Director of Diversity Initiatives at CUNY J School.

For example, Edwin Torres was part of the first cohort with Knight CUNYJ and interned with Pro Publica. He later contributed to ProPublica as a freelancer and maintained contact with his editors. One of the projects Torres helped with in the newsroom won a Pulitzer Prize.

Financial support enabled Alderete and the other 19 students in her 2016 cohort access to the biggest media market in the country. They couldn’t afford to live or intern in the city otherwise, she said.

“Now, my ultimate goal as a journalist is to be an editor one day and make my newsroom more inclusive,” Alderete, who will attend the UC Berkeley Graduate School of Journalism in the fall, said. “I never wanted to be an editor but after experiencing these things, I want to be an editor.”

The Knight CUNYJ program was not Alderete’s first exposure to multimedia journalism. As an undergraduate at the University of Texas at El Paso, Alderete spent three years working on the school’s Borderzine: Reporting Across Fronteras project. The platform allowed her to tell multimedia stories related to the U.S.-Mexico border in Spanish and English.

Borderzine gives students from low-economic backgrounds the chance to compete for jobs in newsrooms and trains professors from across the country on emerging technology, said Kate Gannon, digital content editor of Borderzine.com.

Since the program started in 2008, more than 300 journalists have participated. Borderzine is unique in the way that it counts as a class and is a publishing platform for written stories, photos, audio, and video. Students who contribute to Borderzine often don’t have the time or money to publish with media outlets outside of class, Gannon said.

“Now, more than ever, it’s important to have newsroom experience,” she said.

NPR’s Next Generation Goes to the Journalists

In 2000, Doug Mitchell founded NPR’s Next Generation Radio project because he felt public media didn’t do enough to create an avenue for journalists of color. He said he was privileged enough to afford to take advantage of opportunities and make his own path. A graduate of Oklahoma State, Mitchell wondered about students in under-resourced journalism programs.

Three projects at three NPR-affiliated radio stations jumpstarted Next Generation, which will offer ten programs across the country this year. Each project focuses on a specific career phase, such as college students, early career, or mid-careers. The program grew so quickly in 17 years because he went into the communities, Mitchell said. Newsrooms need to be more deliberate in their recruiting and hiring process.

Employers seeking to diversify newsrooms should first diversify outreach by having a workshop in Los Angeles, with its huge Latino population, or drawing on a sizable pool of Native American journalists with a program in Phoenix, Mitchell suggested.

“How do we get to [journalists of color]? Go to them,” he said. “You have to talk to people who are not yourselves. You have to if you want to get anywhere.”

Erika Aguilar laughed when she recalls Mitchell calling her to take a NPR internship at their Washington, D.C. office. As a young Latina journalist, Aguilar couldn’t just quit her current job in San Antonio and move. The decision would create a larger voice for the Latino community and their stories, but it was financially detrimental and unrealistic for her.

A few years later, Mitchell told Aguilar about the one-week digital journalism training project coming to Austin – much closer and more realistic for her. She applied and was accepted into the project, and has been part of the NextGen family since.

Aguilar started mentoring students in the same program that helped advance her journalism career, especially in radio storytelling. She has been a mentor for six projects and maintains relationships with the young journalists after NextGen is over.

The program helps diversify newsrooms one journalist at a time, Aguilar said, citing her own career as an example.

“Maybe I would have been still in public radio as journalist, but it would’ve been a lot tougher,” she said. “I feel very lucky to have been able to jump into the Austin market, which is a pretty big market to begin in straight from college. The time that I put in, what I learned, the skills that I gained while in Austin allowed me to make the big leagues in the Austin market and transfer to one of the biggest markets in the country, the Los Angeles market.

“Next Generation had a lot to do with that.”

Journalist Jourdan Bennett-Begaye (Diné) received her M.A. from the S.I. Newhouse School of Public Communications and co-founded the Survival of the First Voices. In her spare time, she is hitting around a volleyball, dancing in her car, or chasing around her nephews and niece.