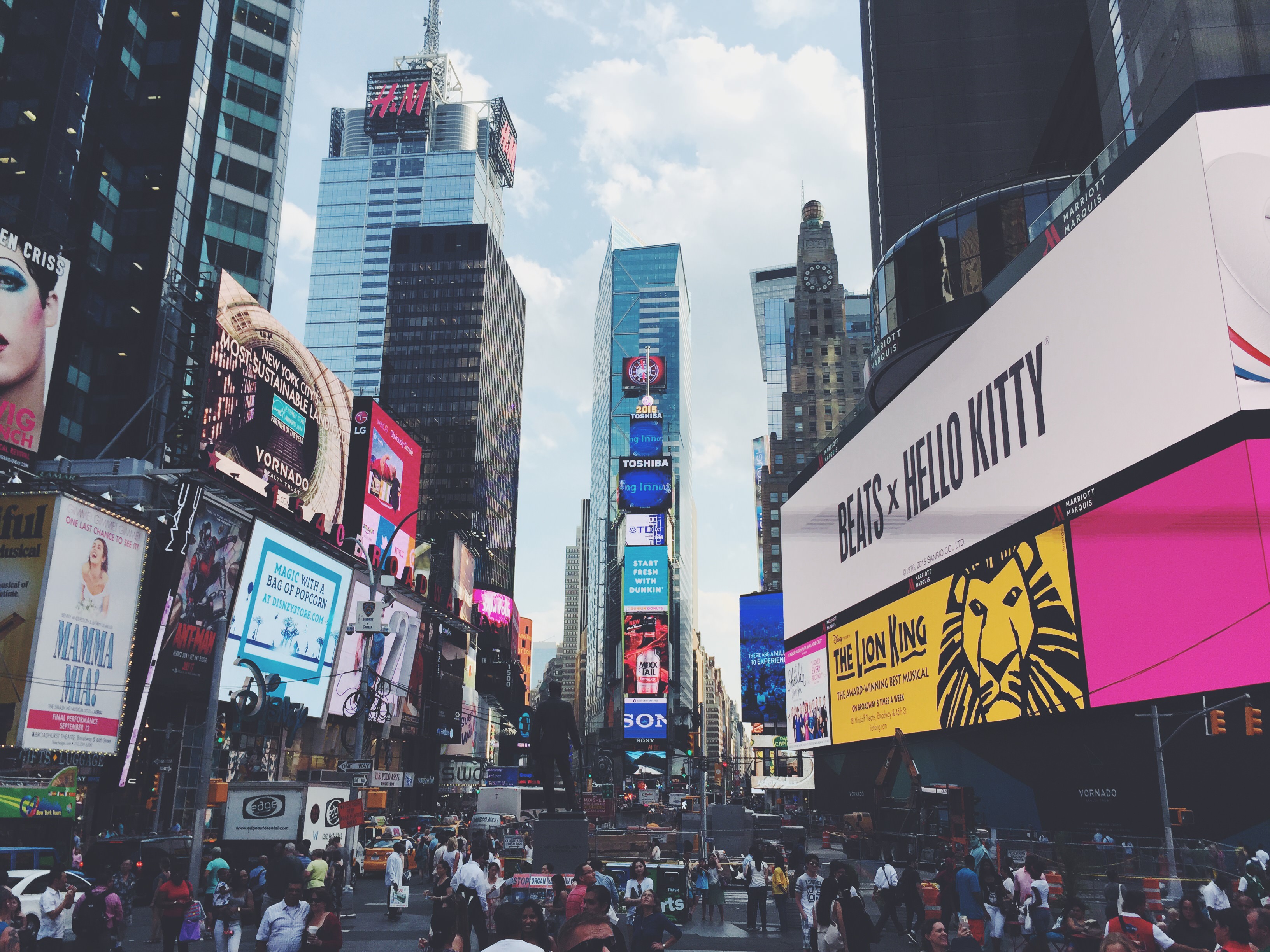 A web magazine created for China’s LGBT community, a business-to-business newsletter for New York’s food entrepreneurs and an app that curates positive stories about the Pan-African experience: these were all projects developed this semester by fellows at the Tow-Knight Center for Entrepreneurial Journalism.

Last week, 16 fellows from nine countries presented their work. Below we highlight a few of the projects. The full list is available here.

The mission of the Center, located at the CUNY Graduate School of Journalism in New York City, is to prepare journalists for careers in media entrepreneurship. Fellows from around the world spend four months learning business fundamentals and entrepreneurial skills and visit start-ups and newsrooms around the city. Fellows also develop their own projects.

Eight of the 16 Tow-Knight Fellows. Photo by Bianca Fortis.

Since its founding in 2010, non-profit media outlet IDL – Reporteros – the first investigative news source in Peru – has published more than 1,400 stories about political corruption, drug trafficking and organized crime. The site demonstrates that it’s possible to do high quality journalism with integrity with a small team and just a few resources, according to its Co-Founder Romina Mella. Because the site’s journalists cover such sensitive topics, they must train themselves in self-defense and digital security. Mella, who said she participated in the Tow-Knight program to develop a more sustainable business model for the IDL – Reporteros, is planning to expand the trainings and offer them to other journalists across Latin America as a new source of revenue. She hopes to organize events and international seminars featuring experts in training and security and to be able to offer them to citizens as well.

Vragments is a German virtual reality start-up that produced Fader, a web application designed to allow users to easily create and publish 360-degree stories. According to Vragments CEO Linda Rath-Wiggins, Fader allows users, including content creators, individual journalists and local newsrooms, to bypass the need for expensive commercial VR editing software. Last year, the Center for Investigative Reporting’s Reveal used Fader to create “Disfellowshipped,” a 360 story about the cover up of child sex abuse within the Jehovah’s Witness community.

And recently Euronews announced that it had partnered with Vragments and Deutsche Welle to create a VR experience about French voters’ reactions to the country’s recent presidential election.

Husain Marhoon, a journalist from Bahrain, founded Alkunnash, a website that seeks to debunk fake news stories from the Arab Gulf States Region and then publish verified stories as memes. Marhoon said he is using memes because they are easy to read, easy to share and are becoming the new language that people use to share what they believe.

“By covering culture and the political scene in the Arab region for 12 years, I witnessed how propaganda creates divergence and ruins people’s lives,” he said. “I know I can’t fix everything, but in my small way I want to make a difference and provide truth to the people in my region.”

Techtivist.org, founded by Italian journalist Valerio Bassan, aims to be an online resource for digital activists. According to Bassan, there are more than 200 million users engaging with more 100 online apps and tools, many of which were launched after President Donald Trump’s travel ban was issued in January.

“I think we live in a golden age for digital activism,” Bassan said.

He designed the website to provide information, curate resources and provide education training, and said he is building a team of freelancers to provide that training. He wants to train nonprofits to use technology to have a bigger impact. His newsletter, which launched in February, has an open rate of 40 percent, he said.

“In activism, there’s a lot of effort, but people don’t always know how to use the technology,” he said.

With Xomi (pronounced “show me”), founder Brandon Sugiyama aims to solve a problem: that existing motion graphics content is either inaccessible or too abstract or outdated for the journalists who need them. Sugiyama, a motion graphic designer and art director, said Xomi would be an online marketplace, like a very niche Getty, that would sell curated stock motion graphics to be used by visual communicators.

“This isn’t just eye candy or window dressing,” he said. “These are graphics that convey a message.”

He plans to create the content himself at first, and plans to hire on other freelancers and give them a higher earnings rate than other stock image providers.

For more information about the Tow-Knight Entrepreneurial Fellowship, visit the website here.