Radical Ethics in a Time of Trump: Engagement and Serving the Republic 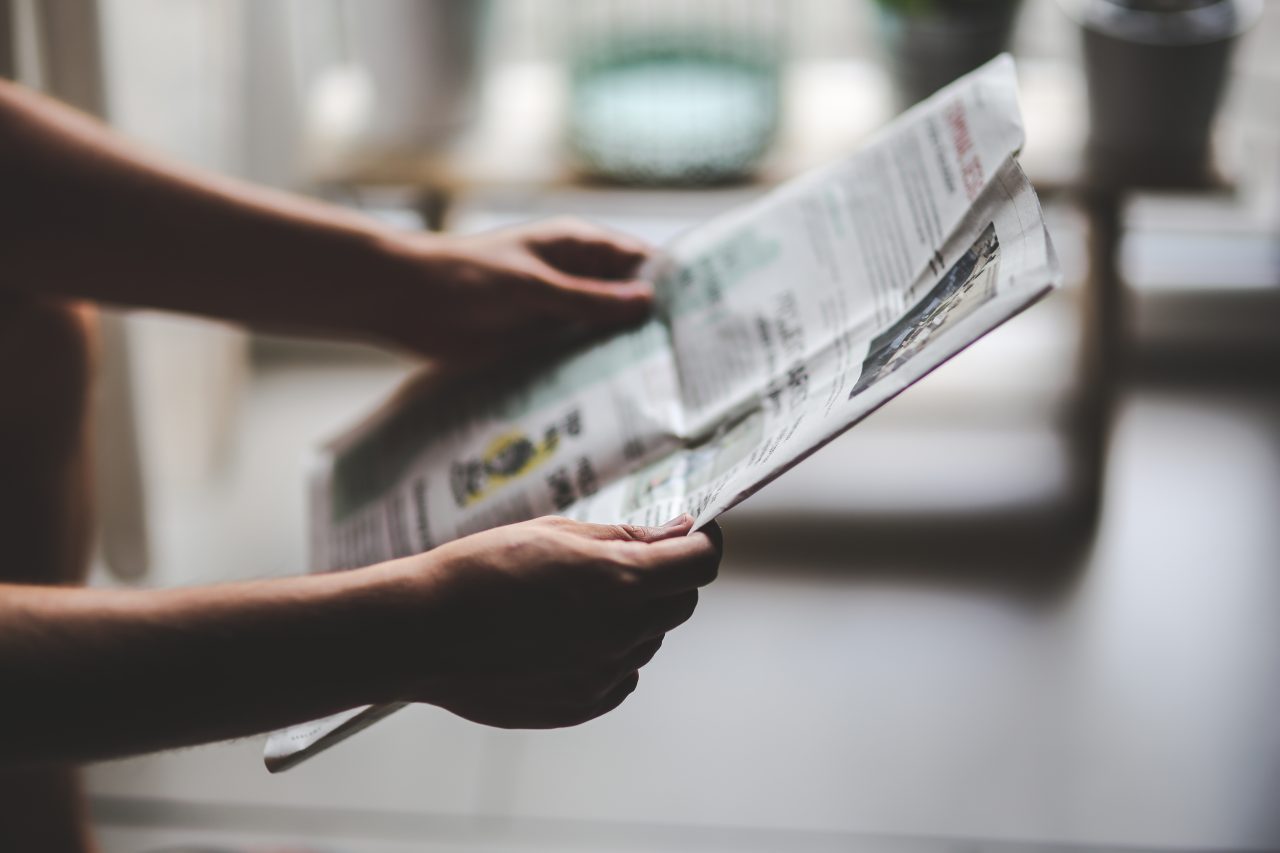 Throughout this series, I stress the need to articulate norms for journalism viewed as a form of advocacy, a democratically engaged journalism.

Some would say this is old news.

They might note that journalism ethics already thinks the political aim of journalism is to serve the public, or a republic. Codes underline the democratic duties of a free press.

I disagree. “Serving the public” or “informing citizens for democracy” are high-minded phrases insufficient to define the political ends of journalism. There is something distinct about objective engagement not found in codes.

In journalism ethics, we should not rest content with vague promises to serve the public. As we saw in the first article, journalists need to be precise about what sort of democracy is on offer. I proposed that journalists promote a plural, egalitarian, liberal democracy.

In the second article, we saw how the meaning of serving the public depends on whether journalism is viewed as a neutral reporting of facts; or, an impartial (but not neutral) engaged journalism of critical analysis and courageous investigations of the powerful.

I now introduce a third reason to not rest content: the problem of patriotism. It is said that journalists serve the public as patriots. But what does patriotism require? What kind of patriotism advances plural democracy?

In a time of Trump, it is imperative for both citizens and journalists to define patriotism. Trump and his supporters endorse a narrow patriotism, a tribalism of Us versus Them.

His political slogans, “Make America Great Again” and “America First” appear to encourage a strong, or extreme, patriotism that could justify aggressive foreign policies that would make the solution of global issues, through international cooperation, even more difficult.

An ethic of objectively engaged journalism needs to say what form of patriotism is compatible with its political aim of protecting liberal democracy.

Therefore, in this final installment, I argue that: (1) Patriotism, not truth-telling or objectivity, is the de facto master norm of journalism ethics; (2) Journalists should practice a moderate patriotism that opposes an extreme Trump-style patriotism. (3) Radical ethics means that journalists in a digital world should become global patriots.

Patriotism is a group loyalty, a special affection for one’s country that prompts people to do things they would not do for other countries, such as dying on the battlefield. It can be a quiet love of country or it can be a fierce, anti-democratic emotion that silences criticism.

Patriotism is a contested value. Some praise patriotism as a primary civic virtue that binds a society together. Critics reply that patriotism can be aggressive and xenophobic.

Patriotism is a serious and long-standing problem for journalism ethics because, as an emotion-laden loyalty to country, it can prompt journalists to practice their craft unethically. Patriotic feelings may cause journalists to promote extreme nationalism or violate their duties of truth telling when reporting on issues affecting their nation.

Patriotism has long been the master norm of journalism ethics. Patriotism tends to trump other values, where they conflict. Much of the history of war reporting is a history of reporting patriotically in support of a nation’s war effort, and the circulating of propaganda.

Yet patriotism’s role in codes is usually implicit or unstated, lying just below the surface—below the high-minded appeals to objective reporting and impartial truth telling. But, in times of social division or threat, journalism’s commitment to patriotism reveals itself.

Today, the influence is worrisome. In 2016, coverage of the Brexit referendum, the refugee crisis in Europe, and the Trump campaign provided examples of a toxic mix of patriotism and nationalism to produce inaccurate portrayals of other cultures and minorities.

Moderate patriotism differs. It consists of a special but not exclusive concern for one’s country. It supports a morally constrained pursuit of national goals; and conditional and critical support of one’s country’s actions. The loyalty is genuine but limited.

I favour a moderate, democratic, patriotism, a love of democratic principles. Democratic patriotism is a love of one’s country, traditions and practices in so far as they promote the values and principles of liberal democracy, as discussed in the first two articles.

Democratic patriotism is not identical with love of a strong leader. It is love of a society dedicated to the flourishing of citizens under liberal principles and institutions.

This is a patriotism for plural liberal democracy and a democratically engaged media.

To be a democratic patriot, it is not necessary to deny personal affection for one’s country. But it is important to constantly subject that affection to public scrutiny, logic and fact, and exposure to larger non-parochial values such as global justice and human rights.

The democratic patriot and the democratic journalist will be on the same side of a number of public issues: both will support accurate, unbiased information; free speech; a critical news media; and a public sphere with diverse perspectives. Both will favor the protection of liberties, transparency in public affairs, and the evaluation of appeals to patriotism.

Strong or extreme patriotism is largely incompatible with democratic journalism because it tends to support editorial limits on the press, or it exerts pressure on journalists to be uncritical, partisan, or economical with the truth.

Journalism’s democratic values come under severe test when a country decides to go to war, to deny civil liberties for security reasons, or to ignore the constitution in order to quell domestic unrest. The duty of journalists to critique a country’s leadership may be very unpopular among some citizens in times of war.

The publication of a government’s human and civil rights abuses may lead to accusations that the press is aiding the “enemy.” Officials and citizens may condemn journalists who report illegal or unethical actions in foreign countries by one’s nation military or intelligence communities.

Nevertheless, the public journalist is still duty-bound to resist such pressures.

In times of uncertainty, journalists have a duty to continue to provide news, investigations, controversial analysis, and multiple perspectives. They should not mute their criticisms, and they should maintain skepticism toward all sources.

Journalists need to fact-check and verify patriotic claims like any other important political claim in the public sphere. And they need to robustly defend the freedom to question such claims.

If journalists abandon this critical democratic role, they will fail to help the public to rationally assess public policy.

I have done what I can to make love of country and love of journalism compatible. But, in a media-linked world, such a ‘fix’ for the problem of patriotism is incomplete.

A digital journalism cannot help the world address urgent global problems, from immigration to terrorism, unless its practitioners transcend, to a significant degree, their reliance on tribal ways of thinking.

The Harvard psychologist Joshua Greene, in his book Moral Tribes, explains why. Evolution has created a human brain that thinks about moral problems in tribal (or group loyal) terms. It tends to see issues as a matter of Us versus Them. Patriotism in society and in journalism, e.g., propagandist war reporting, is another form of tribalism.

But here is the kicker: this form of thinking is hopelessly outdated for a world where many of our most urgent problems are global issues requiring cooperation among nations, not Us versus Them tribalism.

Yet the latter is precisely the stance that Trumpism shouts from the rooftops: a suspicion of “Them”, and a willingness to put America “first” –even if unjust to Them? This “dog-eat-dog” tribalism made some sense in the past, but now it may wipe our species off the face of this blue planet.

Greene, like myself, think we need a global ethic that helps us resolve disputes between groups with different tribal ways. In ethics, we “go global.”

If this analysis is true, we have reason to question the master-norm status of patriotism. Journalists should regard themselves as global patriots, first; national patriots, second.

A global patriot bases her ethics on what I call moral globalism. Her primary values are cross-border principles of human flourishing and human rights, including the promotion of democratic institutions globally and working in good faith on global issues. Journalists see themselves as public communicators to the world, to a global public sphere.

Global patriotism, then, is loyalty to the largest group possible—humanity. The global claim of patriotism is the claim that humanity makes on all of us.

Globalism does not deny that people can have legitimate feelings of concern for their country or compatriots; it only insists that such feelings must not violate the non-parochial principles of human rights and other global values.

What are some of the implications for journalism practice of adopting a moderate form of democratic patriotism?

The main implication is that a democratically engaged journalism should critique Trump tribalism in the public sphere. Wherever the president or his supporters claim that some action is demanded by patriotism, or is an expression of patriotism, journalists need to ask what form of patriotism is presumed and what evidence supports the claim.

The questions to be asked and investigated are many: Does patriotism demand the dismantling of Obamacare? A travel ban on Muslim countries?

Are media leaks about Russian interference in American politics an unpatriotic journalism? What constitutes an “enemy of the people?” The alleged unethical media or extreme nationalists?

Who will do more harm than good for the republic in the long run: advocates of a return to a fierce tribalism or advocates of a more global ethics and foreign policy?

Journalists should not assume that when Trump talks about patriotism and waves the flag that what is being discussed is a common or unobjectionable love of country, but rather an extreme patriotism, that can be prompted by anti-democratic impulses.

The problematic nature of appeals to patriotism means that journalism should reflect on the relationship of patriotism, democracy, and criticism of one’s country and leaders. Moderate democratic patriotism agrees with Spanish philosopher Ortega Y Gasset that, in a democracy, “criticism is patriotism.”

In the end, everyone in society has an interest in our attitudes to patriotism. Philosopher Martha Nussbaum, in Political Emotions, argued that liberal democracies have a responsibility to inculcate in citizens the appropriate patriotic attitudes.

So, I end the series. I have sketched the basic topics, challenges and ideas of a radical approach to reforming journalism ethics.

The most important task of journalism ethics is to develop these notions, and to find ways to teach and implement them in practice.

More from this series:

Part 1: Radical Ethics in a Time of Trump: How to Practice Democratically Engaged Journalism

Part 2: Radical Journalism Ethics in the Time of Trump: Engagement and Pragmatic Objectivity