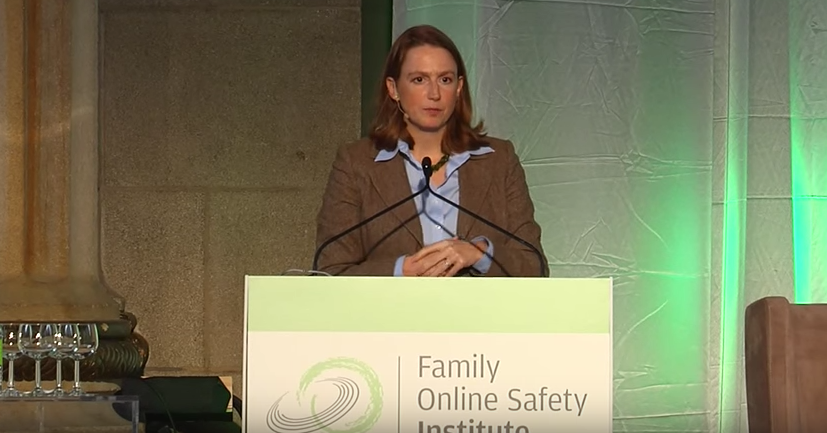 Amanda Lenhart, of the AP-NORC Center for Public Affairs Research, joins the MediaShift podcast to discuss a study on online harassment and abuse

In the news this week, Congress passes legislation that will roll back an Obama-era rule that would force internet service providers to ask permission before selling your browsing data. What does that mean? More power for the cable and telecom giants and less privacy for you online. Plus, BuzzFeed is readying itself for an IPO in 2018 and expanding into Mexico and Germany ahead of their elections. Billionaire Pierre Omidyar puts his money where his mission statement is for the Democracy Fund, with $12 million in new grants to national, state and local non-profit investigative journalism outfits. Our Metric of the Week is Trust Metrics, and researcher Amanda Lenhart to talk about her research on online harassment and abuse.

Amanda Lenhart is a Senior Research Scientist at the AP-NORC Center for Public Affairs Research. Before joining NORC, she was most recently a Researcher at the Data & Society Research Institute. Her research focuses on online harassment and abuse, and on the attitudes and practices of young people on important civic and social issues – with a particular emphasis on how young people and families with children use and manage the networked technologies in their lives.

The FCC under Obama had passed landmark rules to protect users’ privacy and browsing data from internet service providers like AT&T and Comcast who want to sell them to marketers. The companies can already do that unless you opt out, but the new rule would have forced them to get users to opt in first, a big change. Well, before that rule could go into effect, the GOP-dominated legislature moved to kill it, with a vote passing in the Senate last week and in the House this week. All that remains is the expected signature of President Trump. Republicans said that the rule would have hurt ISPs in trying to compete with Google and Facebook, who are already tracking people without forcing an opt-in. But critics of the new legislation note that ISPs can see much more of what you browse on your smartphone or computer, and have also been subject to hacking of that data. The rule would have forced ISPs to disclose hacks to users, but the new legislation removes that requirement.

While the giant cable and telecom companies will win big, who will end up losing? Everyday consumers, who’ll continue to have their private browsing data sold to the highest bidder. As DSLreports’ Karl Bode described the scene on the House floor, Democratic rep. Michael Capuano of Massachusetts noted that you couldn’t go on the street and find any average person who would support the bill. “I guarantee it you won’t find anybody in your district who wants this bill passed,” he said. All of this could lead to the FCC killing the 2015 rule around treating internet providers as utilities, and protecting net neutrality so that providers didn’t treat higher paying customers better than others. FCC’s new chairman under Trump, Ajit Pai, said in a statement that he supported the legislation and wants to kill the net neutrality order. According to digital rights group, the Electronic Frontier Foundation, the new law gives “big internet providers… new powers to harvest your personal information in extraordinarily creepy ways.” But on the bright side, the EFF says it will continue its long-running battle to protect consumers online and is “prepared for the long haul of pushing a future Congress to reverse course and once again side with the public.”

BuzzFeed Planning an IPO for 2018

New media darling BuzzFeed has spurned many buyout offers, so the only other option to pay off all that investment money is to go public. And now it looks like they’re making plans for an IPO in the first half of 2018, according to a report from Mike Allen of Axios, which was later confirmed by CNBC and others. The details of the offering are still being worked out — they haven’t even hired bankers yet — but Allen gushed about this deal possibly leading to other IPOs for peer companies like Vox, Vice and Group Nine. Of course, all of these companies are staked with investments by legacy media companies, most prominently NBCUniversal, which has put hundreds of millions into BuzzFeed alone. While BuzzFeed has hit road bumps in the past, like missing its revenue forecasts in 2015, the company keeps on pushing boundaries, publishing the so-called spy dossier on Donald Trump that had highly speculative information in it. And it’s expanded with foreign bureaus in Australia, Brazil, U.K., France, India and Japan — with a new creative office opening up soon in Austin, Texas, and new foreign bureaus in Germany and Mexico to cover upcoming elections there.

So will this be the new go-go era of media-tech companies? James Dennin at Mic put the brakes on that talk, wondering if we might hit another IPO bubble like in the late ‘90s. He points out that media companies have rarely gone public lately, and legacy media has struggled to adapt to digital disruption. That’s why companies like Snap portray themselves as a “camera company” instead of a media company. And it looks like BuzzFeed will try to tag itself as a media-tech company, for what that’s worth. The bottom line for BuzzFeed is that it has always been in a race for eyeballs, video views and mega-audience, with support from native advertising. That goes counter to the moves by so many legacy and non-profit outlets who have seen “Trump bumps” in their paid subscriptions. And native advertising is difficult to scale, with a need for custom solutions for each client, and many brands being somewhat fickle in their efforts. Now might be the perfect time for BuzzFeed to cash in before scale-for-scale’s-sake collapses like a house of cards.

The best way to fight fake news is to promote fact-based news. At least that’s the take of many media foundations who’ve been searching for a way to counter the “alternative facts” and misinformation online during the presidential campaign and now during the Trump administration. They’re now putting their money where their mission statements are, with Democracy Fund and First Look Media making more than $12 million in grants to big non-profit news outlets and some experiments at schools. Democracy Fund and First Look are largely funded by eBay founder and billionaire Pierre Omidyar, and have had missions to serve the public good. The biggest recipients of their largesse are the Center for Public Integrity, the Center for Investigative Reporting, and ProPublica, which will each receive $3 million over two years.

Additionally, the funding includes $500,000 for the Investigative Reporting Workshop at American University, and a new experiment by NYU’s Jay Rosen and de Correspondent to do community-supported investigative journalism. They’re also setting up a new State and Local Investigative Fund with $1 million to help smaller outlets. This is a major boost to the efforts at non-profit news outlets, and Democracy Fund also put in $200,000 into Knight Foundation’s new $1 million Prototype Fund to fight misinformation, along with the Rita Allen Foundation. The Prototype Fund will award $50,000 grants to ideas around the role of algorithms in news, methods for separating fact from fiction, and building bridges across ideological divides. The question remains whether any of these prototypes will gain the momentum needed to break through and make a difference. If you have an idea, and want to get your hands on that sweet fighting-fake-news cash, be sure to submit it to knightfoundation.org / informed by April 3, next Monday.