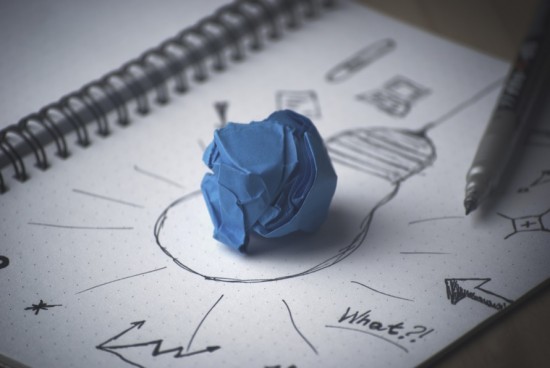 That warning has become a familiar refrain for news sites, leading some publishers to bury the section or eliminate commenting entirely. But ignoring public reader feedback misses a key opportunity for engagement.

We’ve yet to come up with one catchy word to describe the value of a single user sharing their opinion. What we know is that we’ve created a new value metric.

That problem represents an opportunity for Opinary, an audience engagement and insights platform that aims to reinvent the comments section.

Opinary has its own newsroom that creates editorial polls, which can then be integrated into a news site in place of comments. Behind the scenes, a data science team tracks the opinions of more than 25 million monthly users and reflects their results to publishers and readers. Currently, Opinary has partnerships in Europe with The Times, The Independent, Huffington Post and others.

In January, Simon Galperin joined Opinary as their U.S. head of growth. His goal: to identify how to maximize social impact in coordination with publishers and journalism networks like the Institute for Nonprofit News, Solutions Journalism and Reveal.

We talked with Galperin about how to measure engagement, reinvented.

An example of an Opinary poll with feedback for readers

Comment sections are so toxic that some news publishers have done away with them altogether. Why did Opinary target this feature for engagement?

Galperin: We thought that it doesn’t make sense that 99 percent of on-site users were passive. We began with the premise that few people have comments but most have opinions. We iterated around how to give users a low-barrier way to share their opinions.

Publishers around the world try to build long-term, loyal relationships with their users. If you think about it, every relationship starts with a conversation. So, we start these conversations with a question in content for users to share their opinion on.

We then ask those highly engaged users to take the next step in their relationship with the newsroom by subscribing to a newsletter, leaving a comment, becoming a member, or seeing a follow up poll that is sponsored by one of our brand partners like Toyota or MasterCard — driving revenues of $7 per thousand impressions to our publishing partners.

All of this not to say that comments are not valuable, It’s just that not everyone has one. But uplifting the discourse in comments section is very important. I hold the work Andrew Losowsky is doing at the Coral Project in high esteem.

Defining “engagement” can be a tricky thing. It could be comments, likes, retweets, shares or other actions. How do you and Opinary define and track engagement?

Galperin: We’ve yet to come up with one catchy word to describe the value of a single user sharing their opinion. What we know is that we’ve created a new value metric. We gain far more insight into an audience with Opinary than a bunch of likes or shares. Likes, shares, and retweets are transactional. We’re doing our best to aim for engagement that is relational, giving users something of value in return for the thing that we hold in highest regard above all: their voice.

(Shoutout to Andrew DeVigal at University of Oregon’s Agora Journalism Center for his work on transactional versus relational engagement.)

You did a case study with the Huffington Post U.K. that found your polls boosted engagement metrics like time-on-page and decreased bounce rates. Why do you think those metrics improved?

Galperin: The case study did A/B testing between articles with Opinary embedded and those without. We found that time on page went up 33 percent, bounce rates decreased and Facebook shares of the article increased by 110 percent.

Simply put, users had a (never-before-seen) meaningful action they could take on the page. So they stayed longer to vote on Opinary and see the results and engage with follow-up actions. Maybe they didn’t leave the site because now they’re not just readers but collaborators in a greater conversation happening on the pages of Huffington Post.

That’s my hypothesis for why social sharing went up, too. Users are sharing the conversation, not just a piece of content.

Current distribution of 2k+ votes on "should UK companies divest from US given mass deportations" via @HuffPostUK: https://t.co/8GRFeZHNKi pic.twitter.com/vNqAVeo1Qm

You’re rightly focused on engagement metrics to get readers to move from passive to active. Do you also have metrics for measuring impact?

Galperin: We’ve created a way to measure debate and opinion over time. We’ve built a live insights dashboard which gives an in-depth view of what millions of people are thinking, which conversations are trending, what topics drive controversy or agreement, and how opinion trends shift over time.

This means we can begin to measure how news and coverage affects users’ opinions. We can measure how a publisher’s (or multiple publishers’) audience feels and thinks about something today and then again next week and the week after that and so on. “Changing people’s minds” can become a measurable impact goal with our tools.

What metrics from Opinary are you most proud of so far?

Galperin: The most impressive metrics I’ve seen are the levels of engagement — 16 percent on average across a publisher network that includes Huffington Post Germany and UK, Spiegel, The Times, The Guardian, BILD and on and on with Europe’s leading digital publishers. Our best performing publishers regularly see engagement rates of 15 to 30 percent.

Setting aside hard numbers, though, we’ve managed to shake newsrooms out of the assumptions they’re making around the impact of their work on their audience. In 2016, just before Brexit, we asked 700,000 readers across six of Germany’s leading publications whether the U.K. should leave the E.U. After months of editorializing against Brexit, these newsrooms were aghast (no better word to describe it) that — in most cases — their readers were in favor of Brexit.

We recently asked millions of Germans if Angela Merkel should remain chancellor after the upcoming election. Sixty-seven percent said no. We’re not making any predictions as to her chances of winning, but it’s important to know where millions of previously unrecognized voices stand on these issues when you report on them.

Anything else to add?

Galperin: We just kicked off our U.S. launch community! It’s for writers, reporters and editors who want access to our tools as soon as possible and are willing to be leaders in their circles.