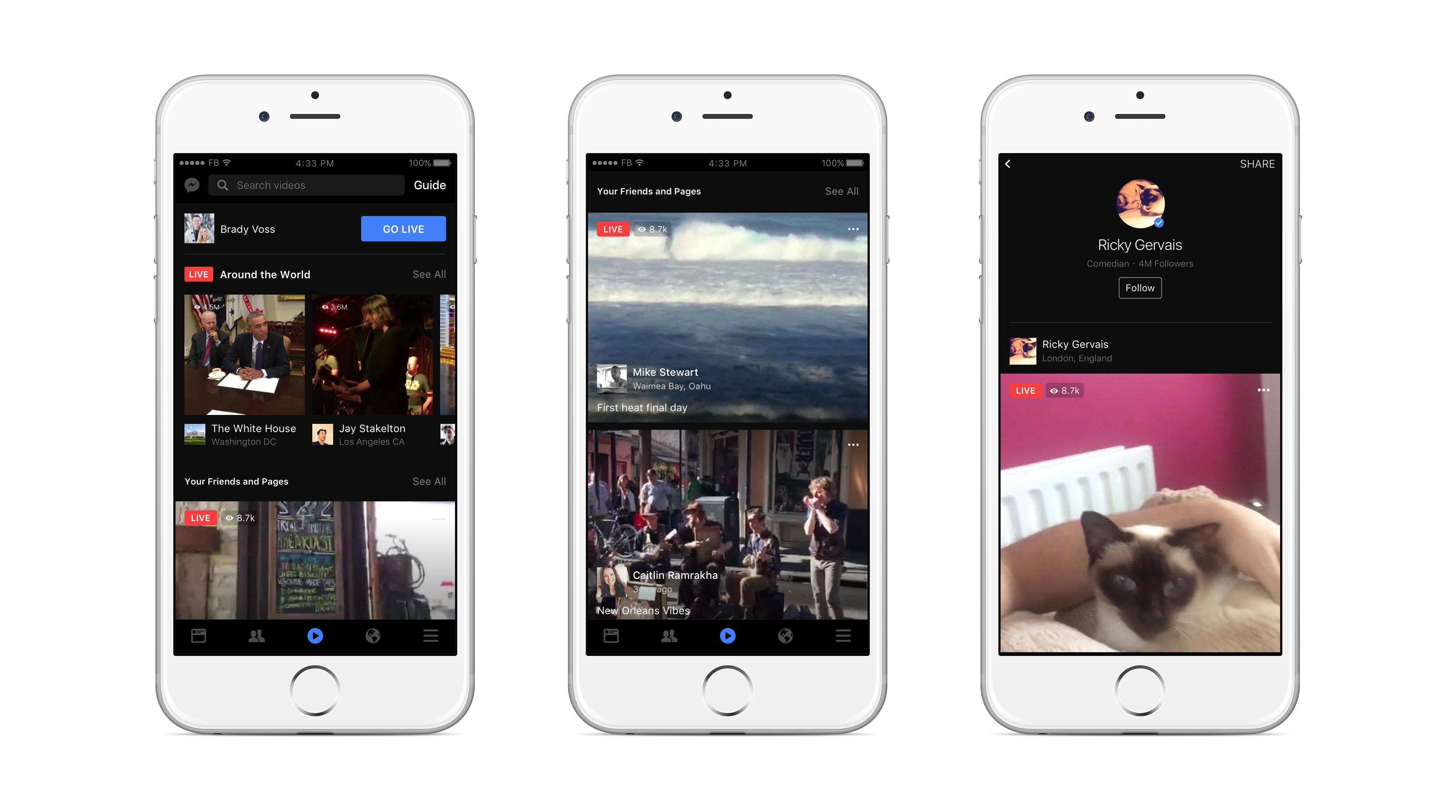 How long are the most engaging videos on Facebook? We look at top news publishers for the best practices.

By having a Live video broadcasting, publishers create a ‘meeting ground’ for their followers to convene.

After analyzing how Facebook shares on videos have changed in a year, we decided to dive into what’s making these videos so successful. One consideration that comes up again and again is the length of a video.

We last looked at the length of Facebook videos in September 2015. We analyzed five publishers’ top ten shared videos for the average length of a successful video, and found that average video lengths varied from 24 seconds to 90 seconds.

A lot has happened since then. Facebook Live was one of the biggest emerging formats of 2016, leading to longer videos featuring more and more in the news feed. This year, Facebook announced a renewed focus on longer videos as well.

This time, we took our news publishers from our recent analysis of Facebook videos. We looked at Daily Mail, Fox News, CNN, ABC News, AJ+, NowThis, BBC News, ATTN:, and Mic, which were some of the news publishers with the most video shares in January 2017. We also added in BuzzFeed and The New York Times for consideration.

This time, we looked at their ten most engaging videos overall, taking into account likes, shares, comments, and reactions. Here’s what we found for a month’s worth of data (January 15th to February 15th, 2017). The data comes from NewsWhip Analytics.

Live video made a big impact here. Seven of Fox News’ most engaging video were Live videos, and six of the New York Times’ videos. If we discount Live video, we see that video lengths are still trending longer than they did in 2015.

BuzzFeed was still the shortest, with an average of 26 seconds on non-Live videos, while Fox News was the lengthiest at a 2:53 minutes average.

So what trends did we see around these videos?

Soft and Hard News Both Engage

There was a solid distinction between which publishers relied on hard news vs. soft news for their most engaging videos. Soft news may be easier to cover in a quick video, yet these publishers prove you can find a stride across various beats.

NowThis, which we’ve covered before as an excellent creator of sharable video, produced content around soft news and human interest pieces in particular.

Some of NowThis’s top engaging videos took human interest angles on current hard news topics, like anti-Muslim sentiments. ATTN: did this as well — covering the social aspects of harder news. This appeals more to the ‘social’ part of social media.

The majority of Live videos were politically focused around the US Presidential Inauguration and the events around it, like the Women’s March. BBC News was the only one to deviate from this, with a video of the first direct freight train from China arriving in London.

For major events, people are likely to take to social media for more information and to express their own thoughts. By having a Live video broadcasting, publishers create a ‘meeting ground’ for their followers to convene.

Additionally, as a Live video broadcast goes on, more viewers are likely to join in and watch. That means they’re more likely to engage with that content as well. Facebook first suggested a Live video be a minimum of five minutes long, but the top engaging Live videos have shown an effective length is far beyond that.

Many of these publishers’ top videos were in a format that was ideal for mobile viewing, or for casual watching from the news feed.

Most of the publishers captioned their videos. The videos make it clear what’s happening and are action-packed. For the viewers, it’s not simply watching “talking heads”. This is particularly impactful for viewers watching without sound, which is a consideration as mobile viewership rises.

Many of the videos are in a square format. Again, for those watching on mobile, this makes for a better experience, as they don’t need to flip their phones.

If a video is hard to watch, viewers might drop out and be less apt to engage with the content. A better viewing experience makes for a happier viewer, one that will be more likely to like, comment, and share the video on.

For top publishers, a good video is a combination of telling a compelling story, keeping it interesting all the way through, and making sure your viewer can watch with ease.