Is Fake News a Solvable Problem? 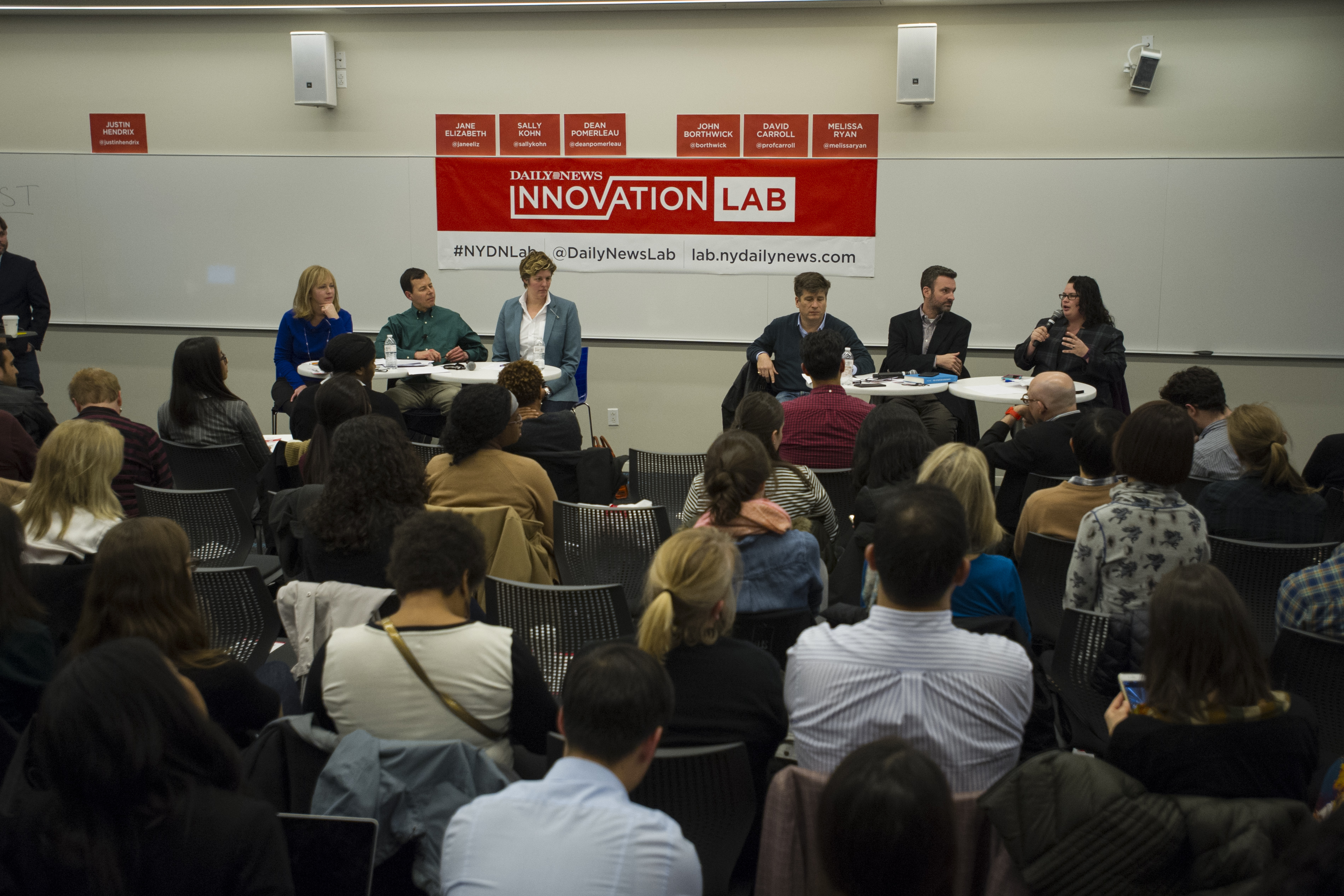 The real first step to solving the fake news problem is to accept that it can never be fully eliminated, said a group of media experts who debated the issue last week at an event hosted by the New York Daily News Innovation Lab in New York City.

“There will always be people who refuse to believe we landed on the moon,” said Jane Elizabeth, senior manager at the American Press Institute.

The event was structured as a debate with two teams of three panelists on each side. One team sought to prove that fake news can be solved. The other team, jokingly referred to as “the pessimists” by moderator and NYC Media Lab Executive Director Justin Hendrix, sought to prove fake news will live on forever.

‘A Symptom of a Diseased Industry’

Fake news has always existed, only by other names – urban legends, conspiracy theories or propaganda, according to panelist Melissa Ryan, an expert on the intersection of politics and technology.

Ryan was joined on the pessimists team by David Carroll, Director of the MFA Design and Technology graduate program at The New School and John Borthwick, CEO and founder of betaworks.

Carroll argued that the real problem – what makes fake news so dangerous now – is ad-tech’s business model. In an impression-based economy, businesses are rewarded for receiving clicks, not for quality.

And Google and Facebook have captured nearly all revenue for the newspaper industry since 2000, he said, meaning that the two companies have no incentive to correct the problem.

The Role of Technology

Dean Pomerleau, co-director of the Fake News Challenge, and one of members of the pro-solutions team, drew parallels between fake news and email spam – an issue that was solved by users who flagged unwanted email and by email service providers who created email filters.

Pomerleau and his teammates – Elizabeth and political commentator Sally Kohn – argued that fake news can be tackled in a similar way.

Borthwick argued that platforms are profiting off of fake news, thereby removing any incentive for them to address the issue. Email providers did not profit off of spam news, he said.

Borthwick said that while the Internet allows for wide distribution of publishing, the way people actually find news is very centralized: the majority of readers get their news from social media, and for most of them, it comes from Facebook.

Never before have we had such a centralization of the discovery of media, he said.

“Facebook has decontextualized sources and, therefore, media,” he said. “The news feed is filtered to give you what you like and more of what you like.”

Kohn said she frequently gets tweets from viewers who say she is a biased reporter.

“I have to say, ‘Yes, I am biased – that’s actually the definition of a commentator,’” she said.

The media hasn’t done a good job of educating viewers about the difference between opinion journalism and regular reporting, she said.

“If they turn on CNN and don’t know the difference between me and Anderson Cooper, that’s a problem,” she said. “Because we have different job descriptions.”

The “optimists” argued that humans have overcome far bigger and more menacing societal problems. People have learned that smoking can kill, that hand washing prevents disease and that seat belts save lives, Elizabeth said. The key in those situations was to educate the public.

Kohn argued that there is a moral imperative to solve the fake news problem. Humans invented the internet and are capable of addressing this issue, she said.

“As a citizen, I am invested in facts,” political commentator Sally Kohn said. “We need common grounding in facts to make this democratic experiment of ours possible … Without facts, we’re not doing our jobs.”

This is not a fight we can afford to lose, Kohn said.

At the beginning and end of the event, Hendrix asked the audience for a show of hands of who believe the fake news problem can or cannot be solved. Although the room was split in about half before the debate, afterward, the audience overwhelmingly sided with the optimists.