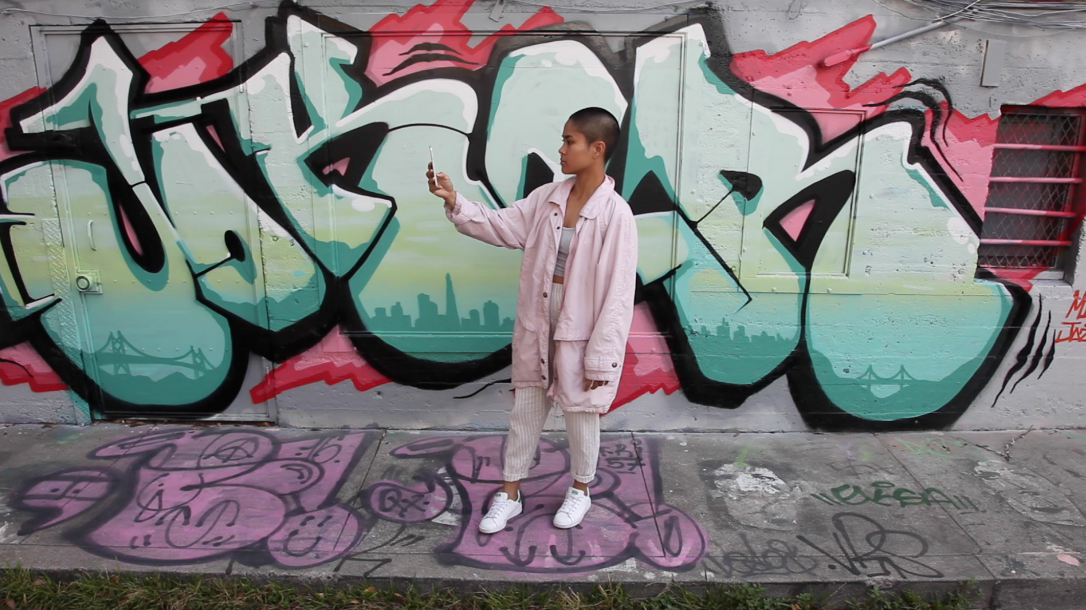 A new app called Pie allows any user with an iPhone to record and share 360 video. Photo courtesy Pie.

Until recently, most 360-degree video has been created by professional filmmakers with expensive equipment. That’s beginning to change as more 360-degree cameras continue to enter the consumer market.

A team of entrepreneurs hopes to make 360 video even more accessible by 360 technology with user-generated content to create a new platform – called Pie.

Pie is an iPhone app that allows users to record and share 360 videos that are 10 seconds or less in length. It’s been described as “Snapchat for 360 video.”

“Younger users and teenagers, up until this point, haven’t been that interested in 360 video,” said Ceci Mourkogiannis, one of the app’s co-founders. “We have a hypothesis that the younger generation wants to create things, not just watch them.”

And the app, which launched in November 2016, has international appeal: it’s been released for iOS in more than 160 countries. Although it hasn’t been translated into local languages, Pie was recently rated as the top app in both Egypt and Hungary, a testament to it being a non-verbal platform.

The founders say they hope to create a community around 360 content to help the medium evolve.

Pie has applications for the news industry too, Mourkogiannis said.

One of the app’s investors is McClatchy. Mourkogiannis said the app has allowed McClatchy journalists to easily capture and share the “feeling” of an environment – such as the protests around Trump Tower in New York City that occurred following the U.S. presidential election.

Andy Pergam, the vice president of Video and New Ventures for McClatchy, said the company sees 360 video as a major driver for the news industry.

“As we consider how storytelling evolves, in our communities and around the world, we see this as a major step ahead,” he said. “Just as important, the team behind Pie knocked our socks off early on. They’ve fully embraced human-centered design principles and are building a product — and a community of users — that will shape this slice of the future.”

Users have even shared videos captured in Syria and during Hajj, the annual Islamic pilgrimage to Mecca.

“That kind of drove home to us that slices are a good way to capture what’s happening around you, rather than just what’s happening with yourself,” Mourkogiannis said. “You can show people ‘here’s where I am,’ and not just ‘who I am.’”

That kind of content provides context for important stories, she said.

Pie is also part of the Matter incubator program, which supports news and media startups.

“Ceci, Jacob, and Gui are three of the most exciting and driven entrepreneurs I’ve ever worked with,” Matter managing partner Corey Ford said about the app’s founders. “Their user-centered approach to building Pie means that no one is better positioned to win the huge, burgeoning market of 360 video.”

There are two different ways to use the app: videos can be uploaded from a 360 camera such as the Ricoh Theta, the LG 360 Cam and the Nikon KeyMission 360. The Insta 360 Nano can attach to the iPhone, allowing the user to record directly within Pie. Or, the user can film with the phone to create a “Slice,” the result of which is similar to an animated gif. Filming a slice is similar to shooting a panorama photo.

The viewer can control the playback by swiping back and forth across the screen, or by physically spinning around in a circle, allowing for a more immersive experience.

“It feels like a story is unfolding in front of you,” Mourkogiannis said.

The app also offers an easy, mobile editing workflow – something that didn’t exist before, she said. The app also allows users to add filters, text and emojis.

What differentiates Pie from other 360 video apps on the market, Mourkogiannis said, is that the platform emphasizes making creation very easy. It can take less than 20 seconds to shoot and upload a 360 video.

“It’s not complicated,” Mourkogiannis said. “It’s not trying to compete with Adobe Premiere.”

Currently the app is not available on Android, but there are plans to expand to the platform in the future, Mourkogiannis said.