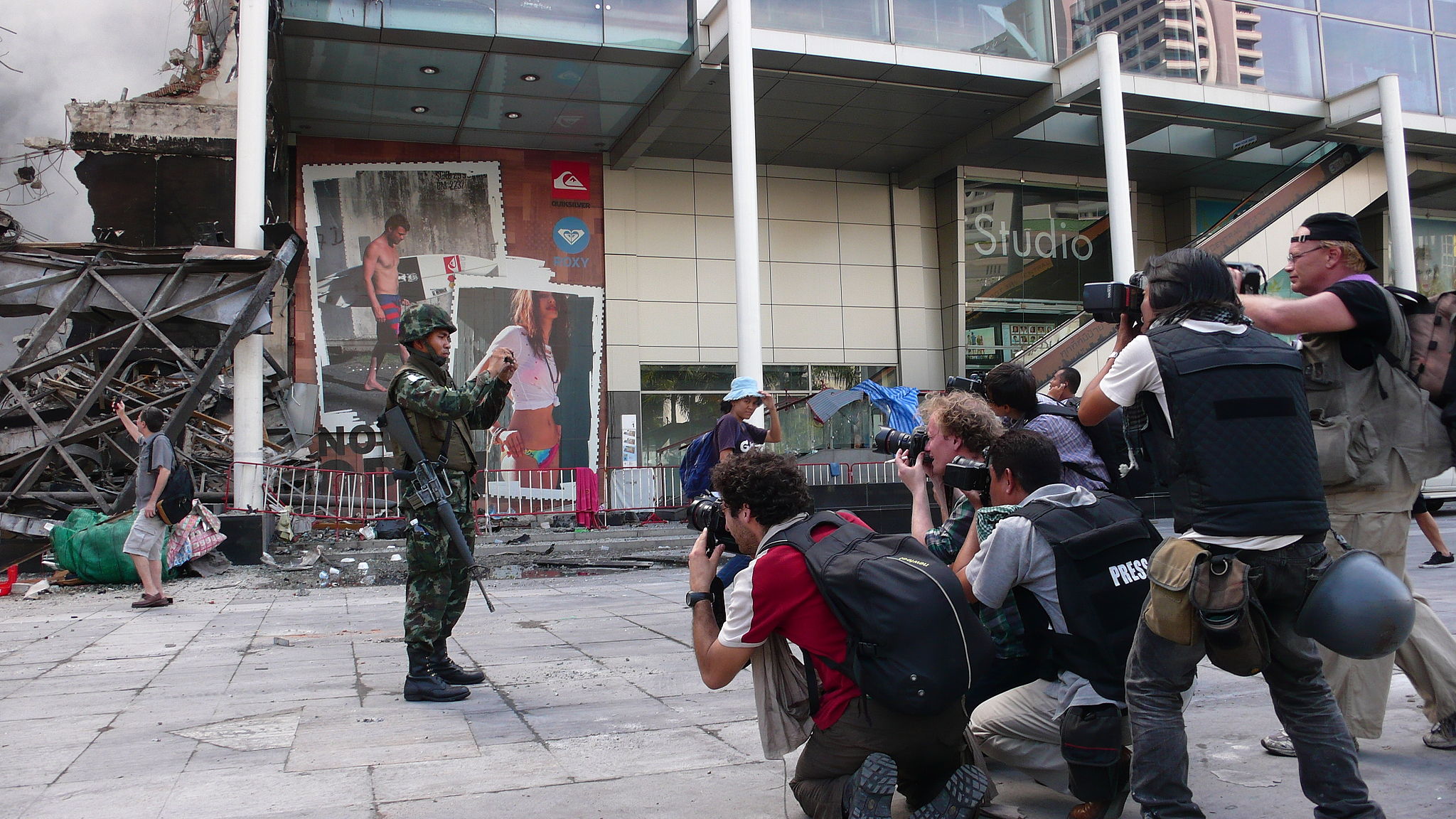 This piece was first published by the Center for Journalism Ethics at the University of Wisconsin School of Journalism and Communication and is republished here with permission.

As 2016 drew to a close, organizations like the Committee to Protect Journalists prepared their final tallies of the number of journalists killed over the past year. The CPJ has provided systematic data on the deaths of reporters since 1992. Groups like Reporters Without Borders and the International Safety Institute also provide information on these casualties, hoping to raise awareness about the dangers that journalists face in the field and at home.

These grim statistics are vital to the broader conversation on journalistic safety. Because of these yearly tallies, news industry practitioners and members of the general public can understand the hard, cold facts: Reporters often die in the process of seeking the truth and sharing it with the world.

But journalists also face another danger, and you won’t find many organizations publishing yearly statistics on this particular peril. The unseen wounds of bearing witness are harder to track. It has become increasingly clear in recent years that psychological trauma is a major risk in news reporting. Because journalists cover things like car accidents, shootings, natural catastrophes and war, they are potential victims of the emotional fallout that can range from minor symptoms of stress and anxiety to full-blown PTSD.

Luckily, a number of organizations are speaking out about this problem. The Dart Center for Journalism and Trauma is one such group. The Center conducts research on the issue, aggregates research conducted elsewhere, and provides encouragement for journalists who recognize that they are not functioning the way they once did.

Freelance journalist Nadine Marroushi is one person who benefited from the Dart Center’s help. She found herself suffering from PTSD after covering the 2013 Rabaa Square massacre in Cairo, and later, the conflict in the North Sinai region of Egypt.

“All I knew is that I felt very, very sad all the time and could not feel happy. It’s a feeling that I’ve not had since I’ve come out of that. It’s just that you are constantly sad and you constantly just see black, black and white. You feel hopeless about everything,” Marroushi said.

It was the Dart Center staff that helped Marroushi identify her problem and get the proper help. But as a freelancer, Marroushi had to pay for her own therapy — a cost that was crushing, and, in her view, unethical.

“They [news organizations] need to have much more of a sense of a duty of care toward their freelancers. Look, even if you’ve written for them once, they’ve used your story. They’ve paid you. It shouldn’t just end with, ‘Well, we’ve paid you your money, and that’s it’,” Marroushi said.

The duty of care

Marroushi’s invocation of the “duty of care” raises a number of questions that are central to journalism ethics. News industry commentators have increasingly discussed the ethics of covering trauma, crucially arguing that journalism schools need to add this topic to their curricula. But the news industry rarely represents the mental health of the journalists themselves as an ethical issue in its own right.

There are a couple of reasons for the omission of reporters’ own trauma from the conversation on journalism ethics. Looking at the U.S. news industry’s major ethical codes, one reason becomes particularly clear.  The Society of Professional Journalists Code of Ethics states in its preamble that “public enlightenment is the forerunner of justice and the foundation of democracy.” Because of this, the SPJ defines ethical journalism as a practice that “strives to ensure the free exchange of information that is accurate, fair and thorough.”

Where the question of physical safety is concerned, news editors and executives have slowly united in their efforts at preventing the injuries and deaths of reporters in the field. For example, a number of news outlets recently co-signed a set of principles for ensuring the physical safety of freelancers in the field. But this document doesn’t mention the type of emotional trauma that freelancer Marroushi experienced.

“But if journalism ethics is all about ‘best practices,’ then aren’t there a set of best practices for the protection of the journalists themselves?”

Neither does the American Society of News Editors’ Statement of Principles.  This code of ethics follows the SPJ’s code in assuming that journalism ethics is a set of standards solely meant to protect the general public. When the ASNE statement discusses the concept of “responsibility,” it does so in terms of journalists’ responsibility toward the public itself: “These principles are intended to preserve, protect and strengthen the bond of trust and respect between American journalists and the American people.”

News organizations have a “duty of care” for journalists’ mental health, not only because it’s the decent thing to do. They also have a “duty of care” for reporters’ psychological well-being because this well-being (or lack thereof) can decisively impact the journalists’ own ability to remain ethical. And as Marroushi bravely asserted, this duty of care does not only extend to journalists who are on the staff of a major news organization. It also extends to the freelancers who increasingly bear the brunt of the world’s most traumatizing stories.

In light of this issue, the field of journalism ethics shouldn’t stop at the analysis of the individual journalist’s responsibility toward the public. Journalism ethicists also need to study the ethical treatment of the journalists themselves. Governments, third-party organizations and especially news editors have a responsibility toward their employees. They should do everything in their power to keep their reporters as safe as possible, protecting them from the injuries they can see, and from the psychic wounds that are no less painful for their invisibility.

Lindsay Palmer is an assistant professor in the School of Journalism and Mass Communication at UW-Madison. She studies global media ethics from a qualitative perspective, especially focusing on the cultural labor of conflict correspondents in the digital age.