5 Secrets to How Food Videos Go Viral on Social 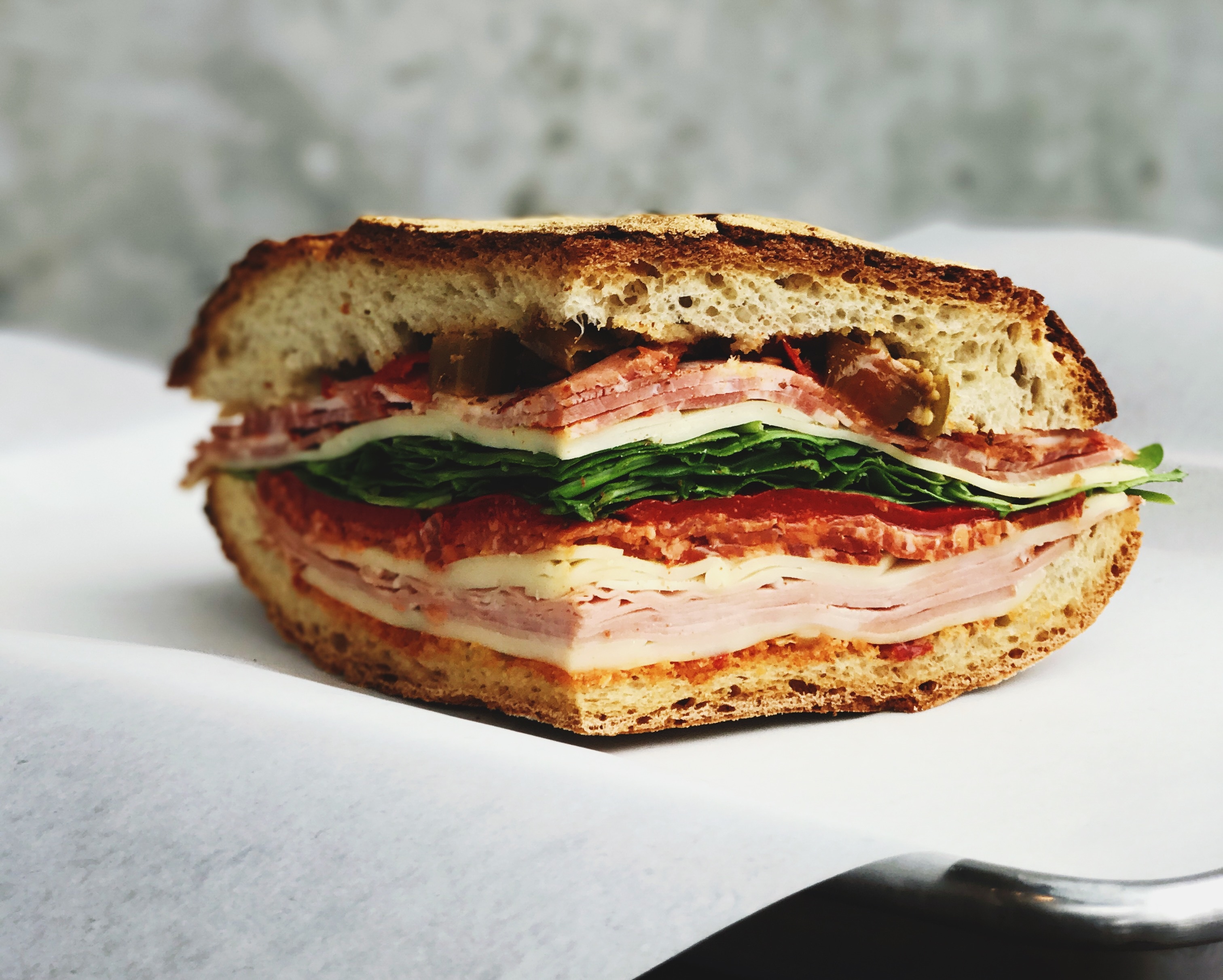 This article was originally posted at NewsWhip.

Recipe and food videos have huge viral potential on social. We look at top publishers and their tactics to success.

Even if you don’t cook, it’s hard not to be taken in by the sumptuous food videos on social media. Snappy, simple and always mouthwatering, the videos are perfect for consumption on the fast-moving platforms of social media.

The engagement numbers don’t lie either. Food is a gold mine for social video.

We looked at food-focused publisher pages on Facebook and their video content for October through December 2016. We looked at likes, reactions, shares, and comments on just videos, including Facebook Live.

BuzzFeed Tasty drove over 85 million Facebook engagements on video content alone in this three month period. Delish, Tastemade, and Food Network were also all driving well over 10 million engagements a month on their videos.

How does this compare with general news publishers? Just looking at Tasty against some top publishers on Facebook video content alone, we can see that Tasty holds its own against the big players.

For video content alone, Tasty leads by a huge margin in Facebook engagements. Digital native NowThis has adopted several tactics of these food video publishers, so it’s not a surprise to see NowThis in second place to Tasty.

It’s clear that food publishers have hit their stride. Eight of the ten food publishers we analyzed were posting over 100 videos a month. So what are their secrets to cooking up addictive videos that get people sharing?

We know from past video analysis that viewers often drop out in the first few seconds of a video. From the start of a recipe video, you know what you’re watching. There’s a sense of productivity as you watch the recipe come together, from start-to-finish.

These videos are often zoomed in on the process itself. We see hands creating the recipe but no person giving us a lengthy introduction — we plunge right into the action. The videos appeal to the senses, loaded with up close visuals of the ingredients and every step of the cooking.

This video from Tasty has driven over 3 million likes, shares, reactions, and comments, along with 100 million views. The 54-second video is zoomed in on the actions of the recipe, the slicing, the sprinkling of spices, the assembly, and the final product emerging from the oven and fork digging in.

Beyond the video itself, the accompanying captions of these recipes tend to be short, loaded with descriptive and appetizing words. Oftentimes, it’s just the name of the dish and a link to the full recipe.

Food is already communal. We break bread together, pass along our grandmother’s secret recipe, and plan date-night dinners.

A big part of organic engagement comes from turning your social channels into thriving communities. Food publishers may have a natural advantage here, but they can help the process along. By asking questions or posting thought-provoking videos, publishers can help encourage viewers to join in.

Even just the recipe videos themselves drive substantial comments as users respond with their thoughts, iterations, or own experiences replicating the recipe.

Aside from straight-up recipe videos, there are other ways to encourage discourse. Tasty did a video on fried chicken from around the world, while Food Network created one that asked viewers if they would plan a road trip around food.

Food Envy did a video on the benefits of coffee, which drove over 1.1 million Facebook engagements, including nearly 20,000 comments. Debate sparked in the comments over different coffee beverages and whether they helped or hindered the health of coffee drinkers.

Show Them Something New

With so much content vying for attention in a user’s social media feeds, how can you catch their attention long enough to watch an entire video? Food video publishers may do straightforward recipes, but oftentimes they post videos that are out of the ordinary.

Food Network’s pizza pot pie video has driven over 238 million views. The video on the bizarre but delicious sounding mashup, has also spurred over 2.5 million engagements.

There was also Delish’s unicorn cheesecake, and INSIDER food’s pho plus burrito concoction, the ‘Phoritto‘. These novelties catch viewers attention by showing them something they haven’t seen before.

The video could even be something simple; Delish posted a video that suggested cooking creative ‘cheeseball bites’ as an alternative to a less original cheese platter.

What do you want your viewers to do after they watch your video? It may be simple as sharing the video or talking about it to other people. For food publishers, the answer is simple. They encourage their viewers to try out the recipes, oftentimes simply by including the link to the full recipe, or the whole recipe if on Instagram.

MILLE CREPE CAKE Servings: 8 INGREDIENTS For the crepes: 6 tablespoons (100 grams) butter 3 cups (675 milliliters) milk 6 eggs 1½ cups (210 grams) flour ⅔ cup (80 grams) cocoa powder 7 tablespoons (105 grams) sugar 4 cups (1 liter) whipped cream For the ganache: 1 cup (225 milliliters) heavy cream 4 tablespoons (200 grams) sugar 6 ounces (170 grams) chocolate 1 tablespoon (15 grams) butter ¼ cup (40 grams) powdered sugar, optional for topping PREPARATION 1. Make the crepes by warming melting the butter and allowing it to brown slightly. Set aside. 2. In the same pot, warm the milk. Remove from heat. 3. In a bowl, whisk flour, cocoa powder, and sugar. Mix in eggs, then gradually mix in butter and warm milk. Chill. 4. On a nonstick skillet over medium heat, pour ¼ cup of crepe batter, and tip the pan to cover the entire bottom surface. Cook until bottom surface of crepe begins to brown, then flip. Repeat until all of the crepe batter is used. Cool crepes. 5. Stack crepes on top of each other, with whipped cream between each layer. Once assembled, trim edges for a cleaner look, if desired. 6. For the ganache, bring the heavy cream and sugar to a boil, and pour over chocolate and butter. Let cool, and spread over the crepe cake. 7. Top with sifted powdered sugar (optional). 8. Enjoy!

By prompting a “real life” action, viewers may try the recipe and share it with others, leading to some of that elusive and highly valuable “word of mouth” sharing. More people may be inspired to check out the food publishers’ content.

For non-food publishers, consider how a good book stays with you after you’ve finished reading, or how a particularly grisly episode of Game of Thrones may leave you outraged. How can your video stick with your viewers? Both ATTN: and NowThis have done well with this, by posting thought-provoking content packed with illustrative visuals.

Don’t Be Afraid to Experiment

It seems straightforward to say food publishers aren’t afraid to try new things. That applies to social media as well.

Live video seems to be a relatively new tactic for food publishers, yet to drive the amount of viral success of the short and snappy recipe videos.

These were the top Live videos from food publishers we analyzed, from October through December 2016. Only one, from Tasty, broke over 100,000 engagements.

There’s quite a bit of room for experimentation here, by the variety of content that makes up the top posts. And clearly, from Tasty’s example, experimentation can lead to success.

Beyond Live video, instead of only posting recipe videos, some of these publishers are trying videos by focusing on other food stories. News publishers can see social media buzz for reporting other angles to breaking news stories, and the same holds true here.

INSIDER food saw nearly 940,000 Facebook likes, reactions, shares, and comments for this sushi bazooka video. The publisher saw success for a video on a toddler chef prodigy and a man who is a quesadilla legend in his front yard, as well. Much like the recipes, these videos tell a neat and snappy story, that will appeal to an already food-crazed audience.