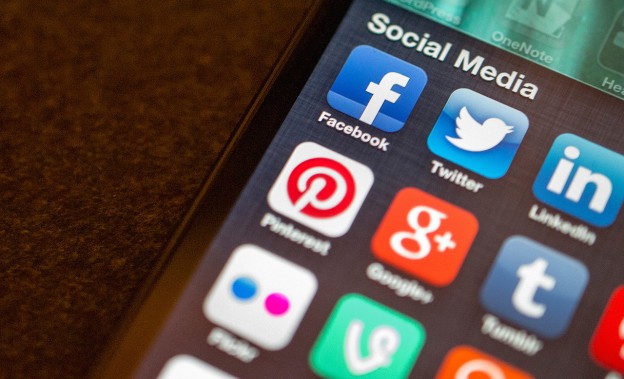 How the world heard about the major events of 2016 (dominated by the presidential election) and discussed them, not to mention how the newsmakers responded to them were all shaped, and dramatically so, by social media.

News organizations in 2016 continued to use social platforms to amplify their own reach and to try to earn added revenue. Yet it was ever more impossible for them to ignore the fact that, even if they’re not practicing journalism, content, social networks are more their competitors for the delivery of news than ever before.

So then, what are the biggest developments and changes in social media over the last year, particularly with repercussions for news consumers and publishers?

1. Fake news and the need to verify information emerged as much bigger worries

The election certainly brought the public to social media portals to check on candidates’ updates, whether that was Donald Trump’s 3 a.m. Tweets, Reddit alt-right posts or live YouTube video showings of a primary debate. There was a dark side, however. More than ever before, users sought out stories that supported their own viewpoints, creating filter bubbles. Worse yet fake information spread like wildfire, further eroding trust in journalism.

As Facebook leader Mark Zuckerberg tries to wrap his arms around technological solutions to stopping this fake news, it’s safe to say the phenomenon isn’t going away anytime soon.

Now-defunct Meerkat and early versions of Periscope seem like a warm-up for what transpired this year when it came to live video. Publishers have long struggled to figure out the best way to create and deploy video from scenes and from their newsrooms. Enter Facebook Live, which midway through the year became available to all. With it, any user can broadcast in real-time from anywhere on any device. Facebook’s algorithms also give preference to these videos, so, as long as the public knows where to find them, they tended to be well-watched and drivers of money and brand interest.

Surely 2017 will see even more from Facebook Live and even more ways that individuals and companies can tap into the technology for compelling live content.

The most successful platform of 2016 might have not been Facebook, but Snapchat, whose name even changed to Snap. Beloved by the college-aged and younger set, the app enables chats, messages, videos and images to live gloriously and temporarily. This year also saw the long-awaited emergence of group chat and the release of Spectacles, a less-freaky version of Google Glass that some have compared to strapping GoPros to your face and letting the world experience the result. An IPO is expected for the company along with continued user growth.

4. Vine’s run ended and then rebooted

Difficulties continued for Twitter in 2016. Snapchat overtook the 140-character-centered platform in terms of the number of daily users. No one with deep pockets seemed to want to buy Twitter even as the rumor mill speculated about a host of possible purchasers. And the Twitter powers-that-be elected to kill off the short-form video endeavor Vine, leading those social stars to try to bring their talents to YouTube or Snap. But, then the company announced in mid-December that it is releasing a pared-down version of Vine, Vine Camera, in 2017.

Meanwhile, Facebook-owned Instagram hit a major benchmark during 2016, hitting 500 million monthly users. In a sea of negative social networks, Instagram might just be the beacon of hope. This year Instagram also took a move out of Snap’s playbook with Stories, content that lasts for a mere 24 hours and then disappears.

The professional social network, used to get job seekers gainfully employed, had a big pay day midway through the year when Microsoft purchased it for a whopping $26.2 billion. The move was reportedly made so that Microsoft could boost its software offerings. For users, the deal hasn’t resulted in sweeping changes as of yet. Still, LinkedIn, with 400 million plus users is one for publishers to watch.