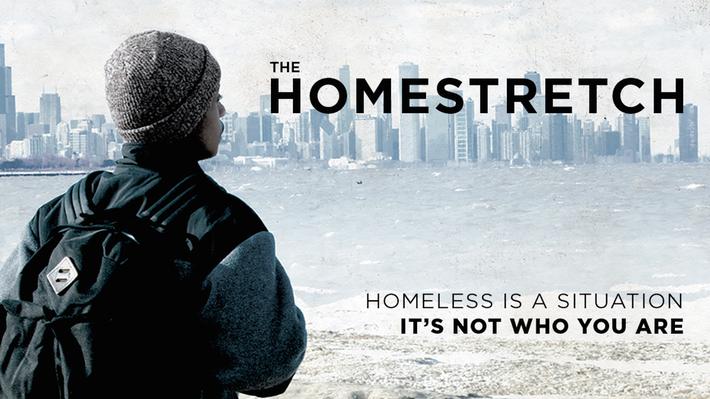 Photo courtesy of the author.

The following piece is a guest post from Sharan Sklar, director of business development for ITVS. Guest posts do not necessarily reflect the opinions of this publication. Read more about MediaShift guest posts here.

We all know the value of understanding the impact of media on an audience. Survey tools can tell us if we’re communicating effectively. But if we want to know how audience members respond to specific moments within a film, the options for measurement and evaluation narrow significantly. A new study by the Center for Media & Social Impact (CMSI) at American University’s School of Communication in Washington, D.C., looks at OVEE — an affordable, shared media-viewing platform — as a turn-key solution.

Half of all participants were “very likely to use the film” in their work.

Created by ITVS, the non-profit organization where I work, OVEE evolved from thousands of hours invested in bringing films and speakers to communities around the country to spark in-person conversations. With a special project grant from the Corporation for Public Broadcasting, we designed OVEE to replicate online the collective, live experience of watching a film together in a theater or living room.

OVEE events bring viewers together in real time from anywhere, via desktop or mobile, to watch video and live-streams. Viewers share their thoughts through chat, answer poll questions and express their feelings using “emoticator” symbols — one-click reaction buttons such as clap, cry, laugh or angry. Since its launch in 2014, over 110 partners from public media, education, journalism and other sectors have joined OVEE to host screenings — including PBS NewsHour, NOVA, WNET, Thomson Reuters Foundation, Purdue University, AFI Docs, and more.

The new CMSI Study, “Connecting Audiences with OVEE: An Assessment of The Homestretch,” written by CMSI co-director Caty Borum Chattoo and fellow Casey Freeman Howe, examines the results of an OVEE screening of “The Homestretch,” a film about homeless youth in Chicago. The study, published this fall, looks at the platform in action in order to assess OVEE as a shared viewing experience and evaluation tool.

The Homestretch tells the inspiring story of three homeless teens in Chicago who fight to stay in school and, against the odds, graduate with the help of committed adults. The film premiered on April 2015 on ITVS’ series Independent Lens.

The OVEE virtual event gathered over 300 federal, state and local government youth service professionals from 10 regional offices of the U.S. Health and Human Services agency across 40 states to watch and share responses to The Homestretch with each other.

Filmmaker Kirsten Kelly, who co-directed the film along with Anne De Mare, said the OVEE event offered “an unprecedented opportunity to bring [a] geographically dispersed and heavily invested audience together to experience the film as a community.”

The study asked participants what they found most compelling and valuable about the Homestretch viewing experience. Responses showed that OVEE was valued as a platform for community engagement — especially being able to watch and discuss the film with people from multiple locations. A majority found the event “a very useful forum” for discussion and knowledge sharing about a social issue. As a result, half of all participants were “very likely to use the film” in their work.

Analysis of participants’ real-time use of OVEE emoticators during the screening — similar to Facebook’s reaction buttons — confirmed the survey results. First-person experiences of the young people in the film drew the biggest responses, rather than the presentation of statistics or proposed policy solutions. This gave an indication of how OVEE might be used for evaluation, pinpointing how an audience reacts to specific content.

Center for Media and Social Impact

The study also analyzed OVEE’s evaluation capabilities, by examining the platform’s ability to work with the three types of data that an OVEE event generates: 1) survey data via polls, 2) focus group data via online chat, and 3) emotional response data via a spectrum of seven different emoticators.

“There is no one way to examine the potential audience effect from watching an intimate documentary story, of course, and the core research methods in communications focused social science and market research are valuable: surveys and experiments, focus groups and dial testing,” said Borum Chattoo, CMSI principal investigator. “In the case of OVEE, which offers the ability to gather these three kinds of data, we wanted to assess the extent to which the tool can be used not only as a viewing platform, but as an evaluation tool.”

The study concluded that OVEE’s unique value was in its ability to simultaneously gather both qualitative and quantitative data. According to Borum Chattoo, “OVEE’s strength in media evaluation is its ability to collect three forms of data within one tool which can be plotted against the film timeline.” Survey questions, quasi-focus group data from the online chat, and a kind of “dial testing” from emoticators pinpointing minute-by-minute and scene-by-scene emotional engagement combined to allow filmmakers and presenters to discover compelling moments for audiences.

Sharan Sklar is Director of Business Development for ITVS, creators of the OVEE platform. Sharan is responsible for developing and leading a growth strategy for OVEE.