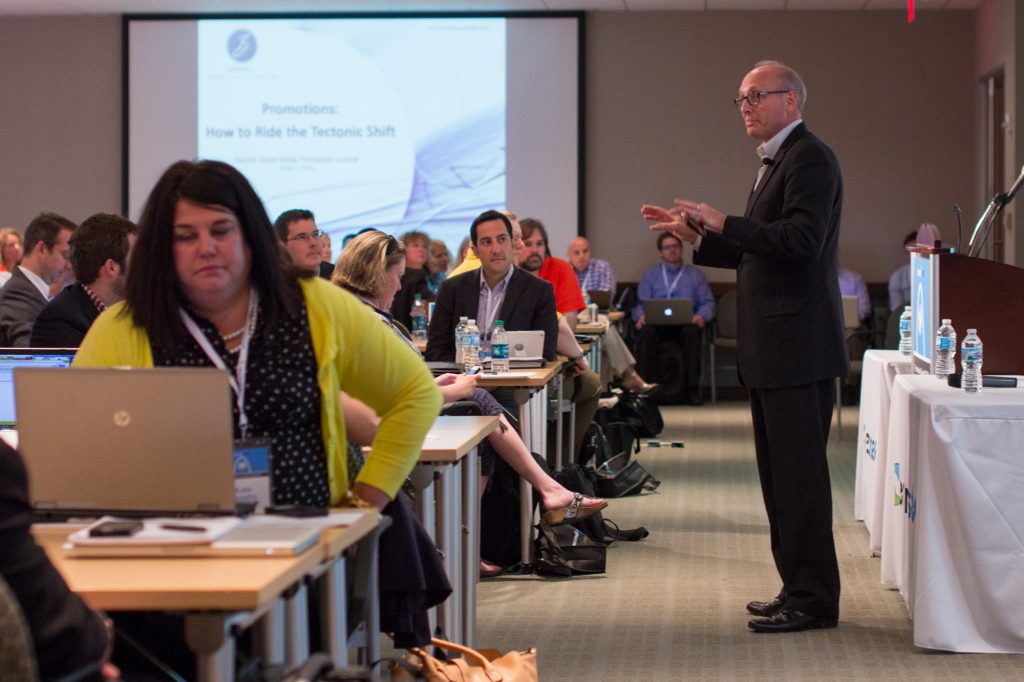 "It's the equivalent of me going to a cocktail party and trying to talk to people about Amway. It doesn't work." - Gordon Borrell on what local business do wrong on social media and how local media organizations can help.

In the news this week, Facebook and Google have been under fire for the spread of fake news during the presidential campaign. Both are now cracking down on ads served into fake news sites, but is it enough? And news organizations like the New York Times, Mother Jones and ProPublica are experiencing a “Trump bump” in subscriptions and donations. Twitter is finally cracking down on abuse and hate speech by removing many alt-right accounts and re-training staff to move quicker on abuse complaints. Politico’s Joe Pompeo will join us to discuss Business Insider’s expansion, and Univision’s contraction. Our Metric of the Week is push notifications, and we go one-on-one with local news expert Gordon Borrell.

Gordon Borrell is the CEO of Borrell Associates, a media consulting firm. Prior to the company, Gordon was vice president for new media for Landmark Communications, where he worked for 22 years. He started his career as a reporter and editor for The Virginian-Pilot in Norfolk, Virginia.

The Fight Against Fake News

As more Americans use social media, and especially Facebook, to get their news, the more susceptible they will be to the spread of fake news. And let’s face it: Fake news is a lot more fun to spread than the real thing. That’s been the case since people forwarded email hoaxes at the dawn of the Internet age. And fake news has been front and center as media watchers have blamed the spread of fake news on Facebook as having swayed the election in favor of Donald Trump. The rationale for fake news sites is simple: Get people to click through to the fake news site, and then sell ads through Google AdSense to get paid. But now Google and Facebook are taking steps against it, finally. Google says it will remove fake news sites from AdSense so they can’t get paid. And Facebook has already been doing that with its own ad network, but spelled out the part about banning “fake news sites” specifically.

But will this really make much difference? Sure, it might cut off funding to fake news sites based in Macedonia, but you’ll still be able to find fake news on your Facebook feed and see fake stories in Google’s search results. Google CEO Sundar Pichai told the BBC “there should just be no situation where fake news gets distributed.” Meanwhile Facebook CEO Mark Zuckerberg defended the platform, writing in a blog post that “more than 99 percent of what people see [on Facebook] is authentic.” But according to BuzzFeed’s Sheera Frenkel, an unofficial task force has formed within the company to address the issue. They don’t agree with Zuckerberg’s take that the social network might have swayed the election, and they believe there are fixes. CNET’s Connie Guglielmo thinks the social platforms need to bring on editorial boards, or stop calling their newsfeeds “news.” Politico’s Jack Shafer thinks that consumers have always been culpable when it comes to fake news, and need to learn how to spot it better. In the end, fake news won’t go away, but a combination of digital news literacy and better oversight from the social platforms would make a world of difference.

While our new president-elect Donald Trump has waged a war against the media, and even prevented them from following him in a protected press pool, the media haven’t exactly suffered. In fact, his election has actually boosted subscription sales at for-profit media and donations to non-profit media. In a tweet, Trump derided the New York Times for losing “thousands of subscribers” because of inaccurate coverage. But the Times replied on Twitter that it had actually seen an increase in subscriptions at four times the normal rate. At the Wall Street Journal, subscriptions spiked 300% on the day after the election. And at non-profit ProPublica, donations were up 10 times the usual pace after the election, and it had already garnered more than $250,000 in donations since then. To put that number in perspective, ProPublica raised $300,000 in unsolicited donations in all of last year.

And others also got the “Trump bump” when it comes to news subscriptions, including many magazines. The New Yorker sold 10,000 subscriptions in the three days after the election, a record for any three day period previously. And Mother Jones raised 11 times the normal amount in subscriptions the week after the election. As Mother Jones editor in chief Clara Jeffery told the Huffington Post’s Michael Calderone:  “If we want a fearless press, we’re going to need lawyers and we’re going to need money. We need vigorous, fact-checked reporting to combat the fake news.” Even the Guardian, which has had to cut staff severely, had an uptick in subscriptions after the election. While it’s great to see so much support for journalism efforts, both legacy, and non-profit, the question is whether this will continue beyond the election. At least so far, the Trump win has been very good for the bottom line at paid news sites and non-profits.

For years and years, Twitter had a reputation for allowing abuse of its users. And that led to many prominent people leaving the service, including “Ghostbusters” actress Leslie Jones, after suffering from personal attacks. It also led to media and tech giants like Disney and Salesforce losing interest in buying Twitter, the company. Now, finally, the social platform is taking steps to combat abuse. First, the company banned several accounts from the alt-right, including Richard Spencer and his think tank, the National Policy Institute. Twitter is also giving users the ability to mute phrases or words in an effort to eliminate the torrents of abuse that plague the platform. Once muted, those words or phrases will no longer appear in your notifications, though they may show up in your search results.

The company is also making it easier for users to report harassment including people who’ve been targeted based on race, ethnicity, national origin, sexual orientation, gender, gender identity, religious affiliation, age, disability or disease. They’ve also re-trained staff to better understand and spot abusive behavior more quickly. Will this move really make a difference? It’s hard to say so far. The alt-right believe that the cat’s already out of the bag. As white nationalist Matt Heimblach told USA Today: “The more the system tries to make the ideas of nationalism taboo, the more people are going to be interested and seek them out.” And Emma Llanso, director of the Center for Democracy & Technology’s Free Expression Project, told PBS Newshour that she’s like to see more hard evidence from social media sites on the true impact of these changes. Twitter has always had a tough time preserving free speech on its platform while also removing hate speech. But now the pendulum has swung so far that it had to take action. Let’s hope it’s a meaningful change.