Storytelling in Gaming: New Opportunities to Connect With Audiences 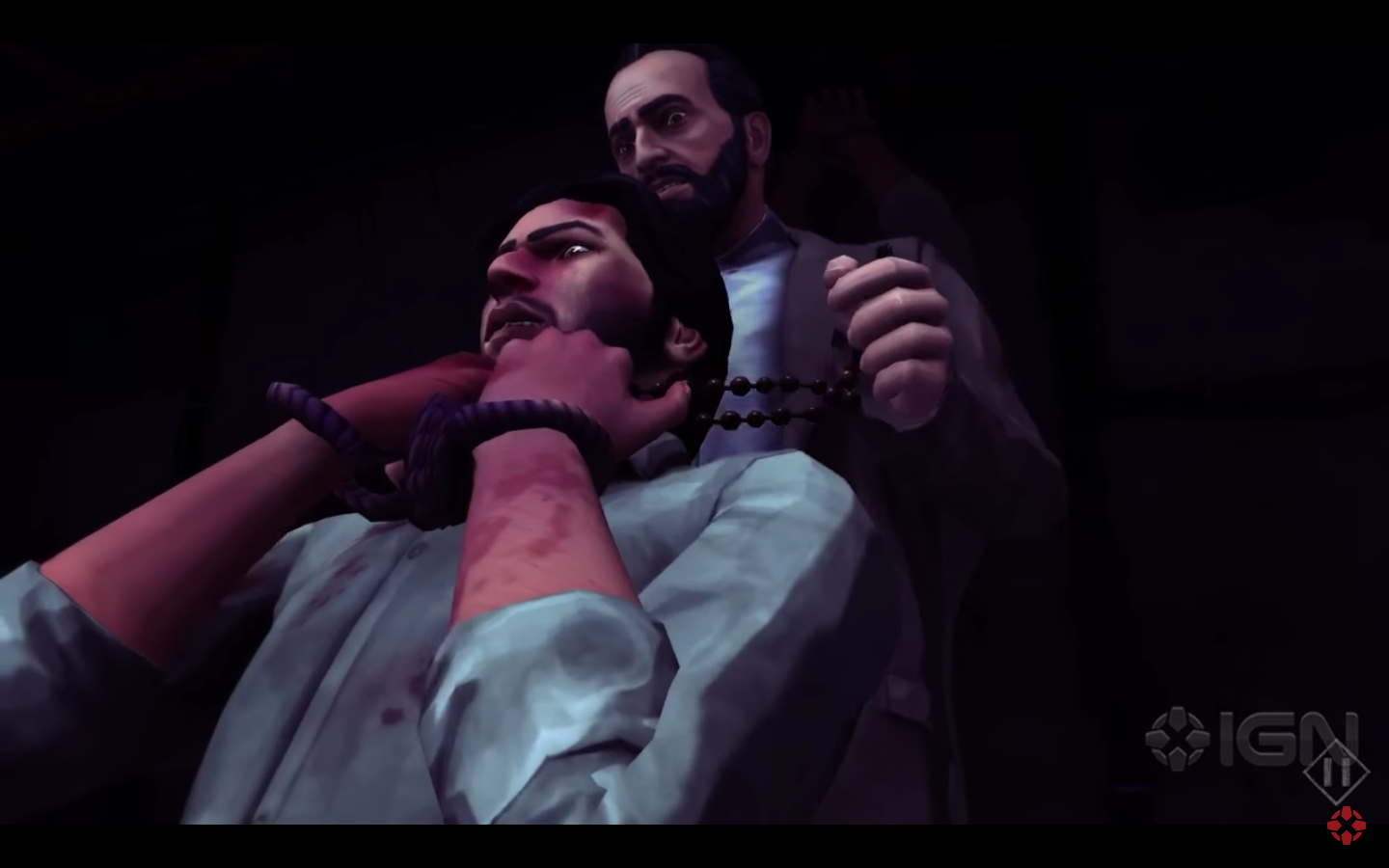 A screen shot from 1979 Revolution, a "docu-game" about the Iranian Revolution.

You are an 18-year-old Iranian photojournalist covering the revolution in your home country. You’ve been captured and are being and held, bound, in Evin Prison in Tehran. Your menacing captor, wielding a cattle prod with which he threatens to electrocute you, asks, about the involvement of your friend in the revolution. Knowing both your life and that of your friend are at stake, do you cooperate?

That is one choice posed to players of 1979 Revolution, a video game that puts the player in the middle of the Iranian Revolution. The game both offers an opportunity to learn about a historical event, as well as allows the user to feel empathy for the real-life people involved in the event, according to Andres Perez-Duarte, the lead producer at iNK Stories, which produced the game.

The agency’s mission is to bring impactful storytelling to interactive experiences, Perez-Duarte said at a joint event about the interplay between storytelling and gaming, hosted by the International Game Developers Association and Story Code in New York City.

The project started as a documentary – and then became a “docu-game,” or a hybrid between a documentary and a game, Perez-Duarte said.

The added game mechanics allow the player to make choices throughout their playtime, thus changing the outcome of the game. Of course, Perez-Duarte said, the player cannot change history, but he or she can change how characters interact and respond.

“A game is only made better by the story,” he said. “How does a character benefit from critical decisions? We don’t want you to make a decision just for playing, but to really think about it.”

iNK Stories is now working on a virtual reality experience, called “Blindfold,” that is based on the same premise and characters as 1979 Revolution. The VR experience allows the user to be even more immersed in the experience, and it highlight the importance of press freedom in the middle east: hundreds of reporters are currently incarcerated in Iran.

Stories guide everything, Miguel Sanchez, the CEO of Mass Ideation, a Bronx-based transmedia storytelling agency, said during the panel discussion.

“And gamification guides people through stories the way you want it to,” he said.

To illustrate this, he showed the audience a campaign done in partnership with the Wildlife Conservation Society. The organization wanted to create awareness about the fact that elephants are at risk of extinction within ten years. Special trading cards were distributed and directed users to download an app. When scanned, the card presented an augmented reality experience, turning the elephant on the card into a three-dimensional image.

The app also directed users to a donation page and to a petition to ban the sale of ivory in the U.S. – a goal that was ultimately successful. President Barack Obama signed the End Wildlife Trafficking Act into law just last week.

Another augmented reality project, commissioned by IHOP, was designed to help parents and their kids ease the stress of waiting at a table during the restaurant’s busy holiday season, Sanchez said. The paper advertisements placed above the syrup caddys transformed into a content portal that allowed the user to play a game. On average, the game was played four times per person, Sanchez said.

“I don’t know any other ad that gets played four times per person,” Sanchez said.

When asked about the “friction” in requiring users to download a new app in order to participate in the AR experiences, Sanchez said it’s something that happens less lately – thanks, in part, to the success of PokemonGo.

“If your story is powerful enough, they’ll download whatever you tell them,” he said.

Technology As a Tool

One question that game designers and developers grapple with, the panelists said, is how to know whether a new technology is mature enough to invest in.

The answer depends on the use case, according to Nick Fortugno, the founder of game development company Playmatics and professor at Parsons The New School of Design,.

In advertising, where the goal of a campaign is immediacy, doing something kind of “fad-ish” or flashy makes sense, he said.

However, in a museum, a fad technology could be dangerous because it can quickly become outdated and can be hard to replace.

Perez-Duarte warned that content creators should pause before jumping into a project with technologists because new technology may become irrelevant too quickly for a project to be worthwhile.

“You really need to be selfish with the content that you’re creating because at the end of the day, what’s the longevity of it?” he said. “And much how do you want it to resonate with audiences?”