How Snapchat is Changing the Way We Communicate 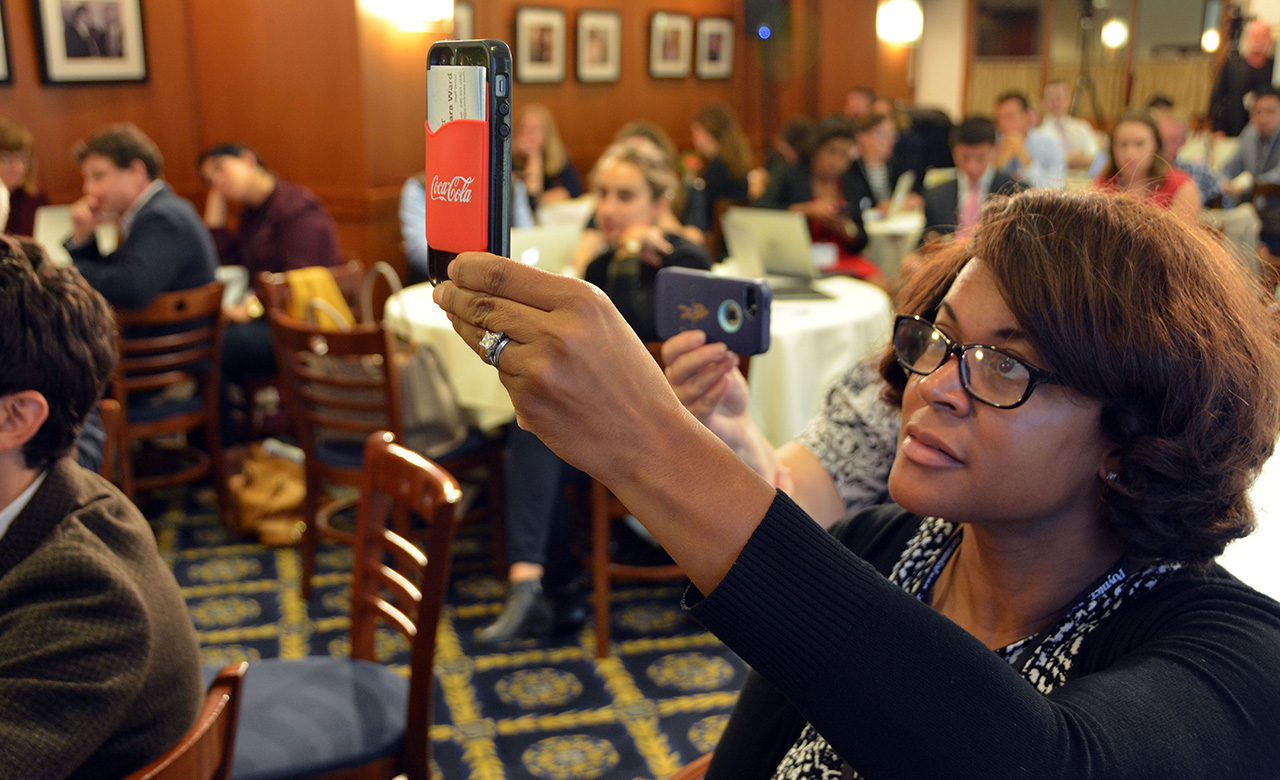 Thousands of years ago, cavemen painted in caves to tell stories. Today, my students’ favorite way to share stories is an app where their posts disappear after they’ve been watched. Unlike the cave paintings of bison and birds, Snapchats are only designed to last 24 hours after they’ve been shared.

Snapchat is changing the way we communicate. The app is affecting our audience, even if you don’t use the social media platform. I noticed changes in video throughout all my social media, and I don’t think it’s a coincidence that I began seeing these changes at the same time I started to use Snapchat.

I was confused when my students first asked me to join Snapchat. I didn’t understand the appeal of an app with disappearing messages. But this is an appealing way to communicate for a generation that doesn’t like the commitment of making a Facebook post. I joined Snapchat in the spring of 2015 and started using it in broadcast journalism and field production classes at University of Maryland that summer.

I’m glad I listened to my students because it changed the way I communicate and my understanding of video. The rules have changed.

Here is how Snapchat changed me.

Susan Shinn UMD ’17 works on a story for her ViewFinder capstone class. Her video is produced horizontally because it will be enjoyed on numerous platforms. (Snapchat photo: Bethany Swain)

If I were ever to get a tattoo, I would have considered “No Vertical Video” as one of the options. I was that passionate, and assumed I always would be, that video should be shot and enjoyed horizontally.

For my career in local TV news and then decade as a photojournalist where I shot, edited and produced video for the many networks and platforms of CNN, I created horizontal video. It was destined to be enjoyed on a 4×3 and then 16×9 screen.

I used to include the “No Vertical Video” Syndrome PSA video as a comical way to make the point in my classes that video should be shot and enjoyed horizontal. It says in the satirical PSA, “vertical videos happen when you hold your camera the wrong way, and your video will look like crap.”

A focus on media platform replaces the key principle of ‘No Vertical Video.’ We need to know how people will enjoy the content we produce.

Snapchat is only available as a smartphone app; all of the content is designed to be enjoyed on a mobile device. If I am going to enjoy a nugget, then it should be created for me to enjoy quickly.

If something is short, then I don’t want to keep rotating my phone. But if I make a commitment to watch something longer, or if it is a video that I might watch from a computer screen, then I want it to be horizontal. And if I turn on the audio, I want it to be clean and clear.

Bradleigh Chance UMD ’15 ran the @MSNBC Snapchat account for a behind the scenes look at this year’s White House Correspondents Dinner. (from Snapchat video by Bradleigh Chance)

The sweet sounds of silence

People enjoy a majority of online video with the audio off. It’s similar to the ease of reading a text message compared to listening to a voicemail.

Whether the video is something to entertain us while waiting in line or a way to get headlines between meetings, we are often in places where we can read but not listen.

Anyone who posts a promotional video without subtitles or text to get a message across is missing an opportunity. I’m embracing this approach in my classes, calling these audio-optional videos “#SilentStories.”

This trend is bigger than just Snapchat, as it is dominating Facebook feeds, too.

It is easy to add multiple emojis as a way to get information across quickly and jazz up your snaps. (Snapchat Photo: Bethany Swain).

It seamlessly mixes video and still images with graphics, emojis and geotags. You can write on the screen, add filters and change the speed of your video. This leaves a lot of room for creativity and makes composition extra important. I like to use it as my students learn about sequences and jump cuts as the Snapchat stories can’t be edited or re-arranged.

The audience wants to be in control

Earlier this year Snapchat reportedly passed Twitter in daily active users. Even if you aren’t using the app, it’s affecting your students and audience. Whether it is to quickly advance to the next element in a story or to use video or stills to tell it, people want to decide how to create and enjoy their content. The method of rapidly advancing through Snapchat stories is also changing the attention span of users. I used to talk about the importance of the first 10 seconds to grab your audience, thanks to 2012 research from Wistia, but now I think we have merely a couple of seconds to convince our audience to watch our content.

Good Luck America with Peter Hamby is an example of Snapchat’s orriginal content created for the audience to consume in the app, on their phones. The episodes are produced as vertical video.

The Discover tab in the app has highly produced content, including “Good Luck America,” a series produced by my former CNN colleagues Peter Hamby and Katy Byron with a unique look at the 2016 Presidential election. My students love the creative editing and fun ways to tell an important story, but as with everything on Snapchat, you’ve got to catch it during the 24 hours it is posted and then it’s gone until the next episode.

Snapchat is a free app to download and low-stakes way to experiment. It is another tool for real-time storytelling and sharing life’s little moments. The more time I spend with the app, the less time I spend on Twitter. And I look forward to seeing what’s next.

Until then, happy snapping. Just be sure your battery is charged.

From Afghanistan to the campaign trail, Bethany Swain traveled thousands of miles as a CNN photojournalist and multimedia producer and now focuses on inspiring the next generation of journalists and visual storytellers at the University of Maryland. She won dozens of awards, including the only woman to be honored as the White House News Photographers Association Video Photographer of the Year. You can follow her on Snapchat and Twitter at: @bethanysstories.