Why Journalism Education Has Much More Progress to Make 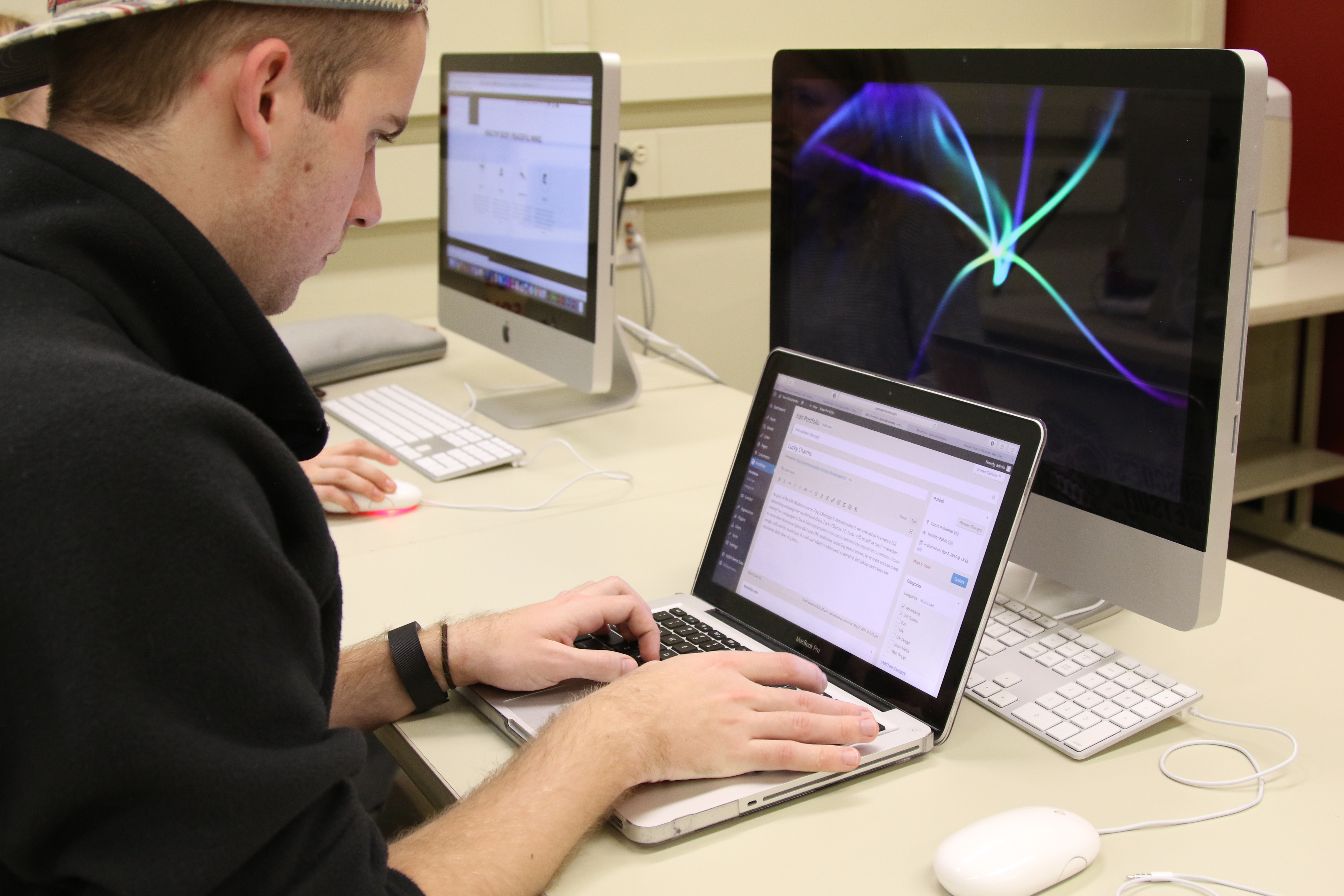 In a 2015 report, The Future Today Institute founder and CEO Amy Webb wrote that she was, “deeply concerned about the future of journalism education in America.”

The report, “How To Make J-school Matter (Again),” identified six challenges in journalism education and concluded the value of a journalism degree does not matter as much as it should. The report offered a path forward, including retooling curricula and coursework, and working to partner with industry to “set a vision and course for the next 25 years of journalism.”

As a 2010 J-school grad myself, I’ve wondered whether J-schools are keeping pace with changes in the journalism industry. Speaking with experts on the topic, it became clear that progress is slow, but it’s there.

How are J-schools changing?

Journalism education must continue adapting in order to prepare students for the industry ahead. (Photo by Thomas Yonash)

Eric Newton, professor at the Walter Cronkite School of Journalism and Mass Communication at Arizona State University, said there is good news and bad news.

“The good news is that there’s considerably more interest at journalism schools in understanding how we are in a profoundly new age of human communication and the role journalism should play in the digital world. That’s an improvement over five or six years ago,” Newton said.

“I would say that journalism education is slowly recognizing … that the jobs and opportunities that they traditionally trained students for are changing and expanding,” Ferrier said. “And so we see new job opportunities in social media management or engagement editor or engagement reporter. These are new job titles that didn’t even exist in 2010.”

Ferrier said there are now more classes focused on social media campaigns, social media marketing and analytics, as well as the development of different content forms. At Scripps, Webb’s report explained, Ferrier devised a two-week module on mobile technology. The time for the module was integrated into course syllabi, and Ferrier brought in an expert to teach the “class-within-a-class.” This educated both students and teachers about a specific topic without disrupting the curriculum, and Ferrier said faculty began teaching the module on their own.

The bad news, according to Newton, is that not enough schools are changing and adapting. Newton cites a report from Columbia Journalism School and Stanford University that looked into data journalism education in the U.S. The report found almost 50 percent of journalism programs offer no classes in data journalism, defined as “using data for the journalistic purpose of finding and telling stories in the public interest,” and the classes that are offered are, in large part, introductory.

Newton suspects that the “digital divide” between schools working to keep up digitally, and the schools that are not is growing, and he thinks about 10 percent of J-schools, and about 10 percent of the professors across many schools, are taking innovative approaches to journalism education.

“It’s hard to generalize about journalism education,” said Jan Schaffer, executive director of JLab: The Institute for Interactive Journalism, who noted the scope of what needs to be taught is greater than ever and not all schools are along for the ride.

“Some schools have stuck to a pretty standard writing, copy editing, layout curriculum,” Schaffer said. “But I think probably the more valuable schools have understood that they need to address what’s emerging in the media landscape.”

Like Schaffer, Al Tompkins, senior faculty for broadcasting and online at The Poynter Institute, sees signs of hope.

Al Tompkins, senior faculty for broadcasting and online, at The Poynter Institute. Photo courtesy of Poynter.

A key issue for J-schools, Tompkins said, is the temptation “ to chase every shiny bead” — that is, learn every new tool or platform and incorporate it into the classroom.

“They’ve got to separate trends from fads and remember that the delivery systems that the students are going to have when they graduate are going to be, in all probability, different than what they have in school,” Tompkins said. “They have to learn the fundamentals of good journalism, ethics, critical thinking, while they’re in school.”

“The real value of a college education in journalism is to learn stuff that’s not necessarily tool-based,” Tompkins said. “Tool-based stuff will change. It constantly changes. It changes by delivery system and by receptacle — iPhones, for example. I wouldn’t spend a lot of energy teaching tools. I would spend a lot of energy teaching critical thinking, enterprise reporting, database reporting, ethical decision-making.”

Ferrier agrees, adding that there is a value in teaching how to learn tools.

“I think we need to teach our students that discernment about how to understand tools, evaluate tools, learn tools and then select the appropriate tool for the job,” Ferrier said. “So the skill they are learning is really assessment and evaluation and testing of the tool itself.”

The future of J-school

So where are J-schools headed? Ferrier sees an ongoing transformation in journalism education, away from serving a communications industry and toward helping students find new opportunities in emerging digital markets. She sees J-schools focusing on educating a “digitally savvy workforce that understands how to create audience, create content and create products that solve problems using digital tools.”

As for what J-schools need going forward, Tompkins said investment in faculty and meaningful research is key. Both Schaffer and Newton said universities should be able to add new classes and degrees more quickly, so offerings do not lag behind developments in the journalism industry. The accreditation process, Newton and Ferrier said, makes it hard for J-schools to be nimble and restructure in this way.

Citing a “distinct lack of diversity and inclusiveness as to how we go about our work,” Ferrier said conversations about journalism education need to include more diverse voices. This lack of diversity, Ferrier said, shows through programming, types of offerings and degrees, and research.

Despite the pressures and challenges journalism education faces, Tompkins remains confident that a journalism degree is a valuable one.

“What I would guess is that as long as you’re turning out people who have the ability to critically analyze information and make sense of it, there’s going to be a job for them,” Tompkins said. “I don’t know what that job is going to be. I don’t know whether it’s television or whatever follows television, but I’m pretty sure that we’re always going to need sense-makers. And whether we call those people journalists or something else really doesn’t matter to me as long as they fulfill the role of journalists.”

Clare Milliken is a Chicago-based writer and editor. Milliken is a proud UW-Madison journalism school grad, and her work has appeared on Greatist.com and HelloGiggles. Follow her on Twitter @claresmilliken.