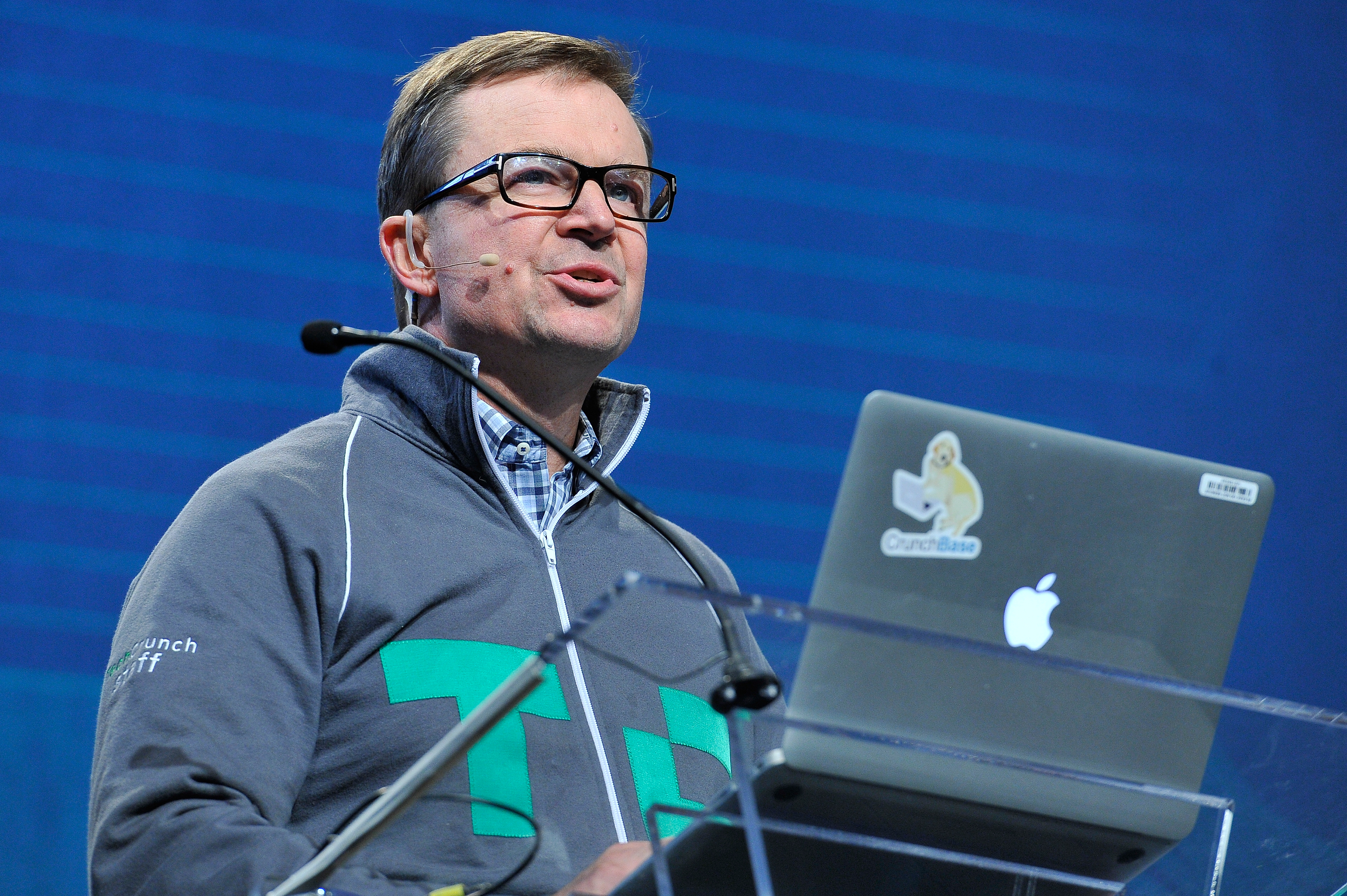 Many media folks are pushing for a presidential pardon for Edward Snowden, but the Washington Post’s editorial board comes out against it. Cue the uproar. The Sunlight Foundation is laying off staff and considering a merger. The New York Times is partnering with Google Jigsaw to help use artificial intelligence to moderate comments. I’ll talk to Politico Media’s Hadas Gold about how Trump punked the media on the “birther” issue. Our Metric of the Week is the “Twitter character count,” and TechCrunch COO Ned Desmond joins us for a chat.

"It makes me very sad and uncomfortable thinking about Time, Inc. You could say I was part of the problem there. As the guy who ran digital for six years, I could never convince the bosses we need to diversify and invest." - TechCrunch's Ned Desmond

Ned Desmond is the COO of TechCrunch, and General Manager of AOL Tech and Engadget. Previously he was the founder and president of GoSportn, an enthusiast media company, and he was head of digital at Time Inc. for six years. Previous to that he was the founder of eCompany Now and held senior management roles at Disney and Infoseek. He also launched Infoseek Japan with Joi Ito’s Digital Garage.

The Washington Post has built its reputation on the work of great investigative journalism. We probably have a whole generation of journalists working right now because of Woodward and Bernstein and their reporting on Watergate. But the Post’s reputation took a major hit last week when its editorial board published an Op-Ed calling for Edward Snowden to return to the U.S. and face a trial for leaking top-secret documents about government surveillance. The Post argues against a presidential pardon for Snowden, citing the damage done to national security by his leaks of U.S. intelligence operations against Russia and China. They suggest his trial would place him in a “tradition of civil disobedience” while acknowledging his assertion that he was a whistleblower wouldn’t protect him legally.

But the problem with this point of view is that it misses the fact that Snowden provided the material for the Post to win a Pulitzer Prize for reporting those revelations. And the Post’s own media columnist, Margaret Sullivan, gave an opposing view, writing a column suggesting that he deserves a presidential pardon for being a source and a patriot. Sullivan notes that both Snowden and Daniel Ellsberg, the source for the Pentagon Papers, broke their vow of secrecy for government documents, but did it to serve their oath to protect the Constitution. It doesn’t help the Post that so many others have come out in favor of pardoning Snowden, from the New York Times to Ars Technica, along with a new movie about him from Oliver Stone. Taking a lonely stand is always courageous, but the Post picked the wrong time to do that.

For years, the Sunlight Foundation was a trail-blazer in government transparency and worked with media and tech folks to build tools like OpenCongress, Politwoops, and OpenStates. But now comes the sad news that Sunlight will be laying off 5 staffers, shutting down many of its initiatives and considering a potential merger. This comes after months of searching for a new executive director and failing to find someone with a vision for its future. Sunlight co-founder and chairman Mike Klein wrote a blog post explaining why Sunlight was exploring a merger and cutting staff. He said that there was less urgency in the marketplace with others providing similar tools to Sunlight’s and that there was also a limitation from the Citizens United Supreme Court case that allowed more dark money into politics.

Sunlight has lost half of its employees since 2014 when its revenues were $4.2 million to cover $6.6 million in expenses. But it has a storied history of giving seed grants for projects like Code for America and the Freedom of the Press Foundation, which have flourished. There was something of a wake on Twitter, with so many people sad that Sunlight Foundation was hitting hard times right when its push for transparency is needed most. However, Alex Howard, one of Sunlight’s senior analysts, wrote that the Foundation “is NOT shutting down – yet, but exploring various options.” Hopefully, it will find either the right leader or a good partner to continue its work in open data and government. We still need that, and will continue to need that into the future.

The internet is chaos. We all know that certain corners of it are horrifying to visit. And while comments on news stories were first viewed as a way to interact with reporters and add to the stories, they soon devolved into a swamp of insults and falsehoods. Many publishers like NPR have decided to remove comments altogether, but the New York Times has done something very different, putting money and resources into making them better. While the Times has 14 full-time staff working on comment moderation of 11,000 comments per day, it only allows comments on 10% of stories because of the volume of work. That might change as the Times announced a new initiative to start using Google Jigsaw’s tool, Conversation AI, to help it flag comments before human moderators see them.

The Times hopes that Conversation AI will allow comments on more stories as the technology gets better and better. A recent story in Wired by Andy Greenberg took a deeper look at Google’s Jigsaw subsidiary, which was launched in 2010 as Google Ideas with the goal of solving global problems with a “think-slash-do tank.” But the problem was that it wasn’t doing much of anything, Greenberg reports. Now, as Jigsaw, the subsidiary is getting practical, with many more engineers on board, and tools like Conversation AI making progress in beating back trolls and repressive governments. Conversation AI has been fed 17 million comments from the Times, with the judgment of human moderators. The idea was to train the AI to learn to spot harassment, and it’s now at a 92% success rate. That means that human moderators still need to check its work, but it will only get smarter over time. Could this be the beginning of useful automated moderation that helps publishers and platforms control harassment? It would be a major shift that could bring back civil conversation to the internet.