A Mass Shooting, a Play, and a Lesson for Journalists 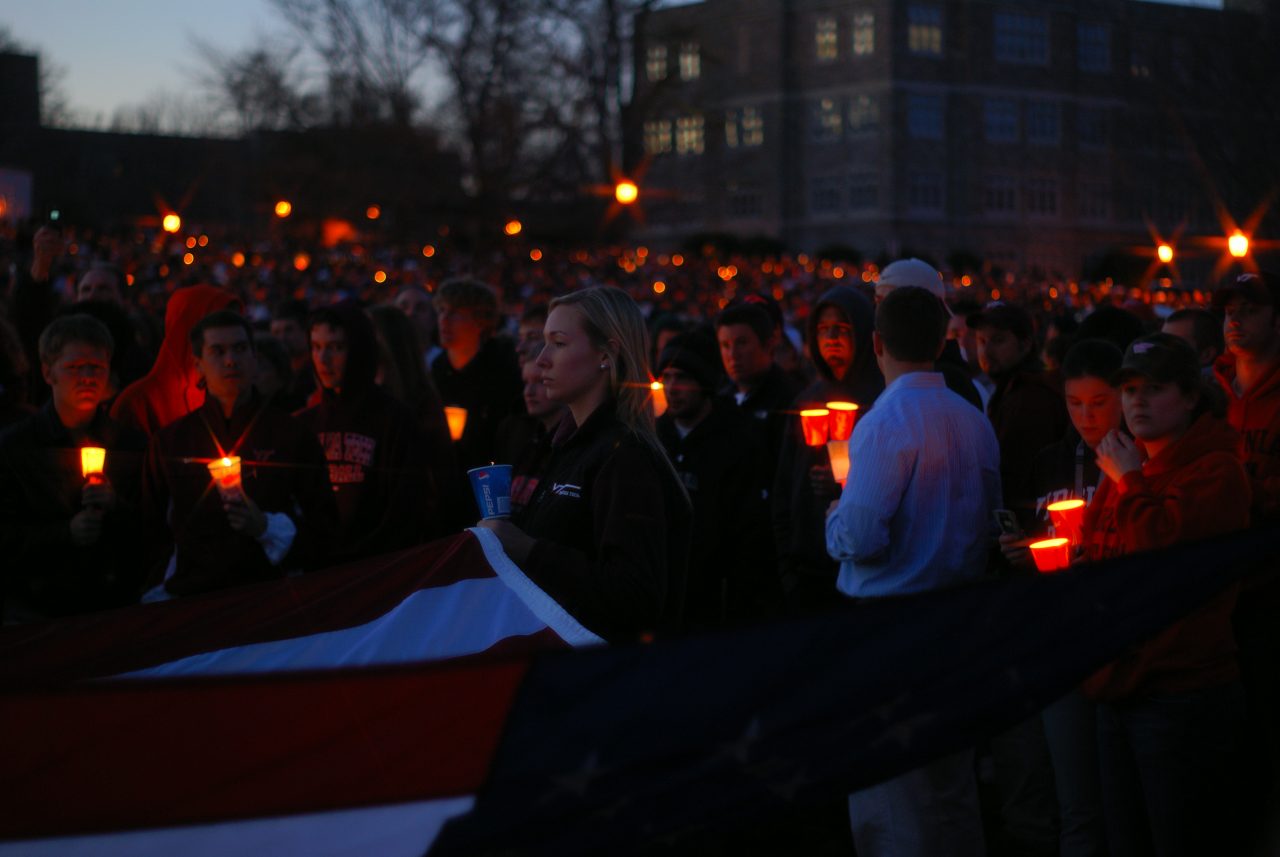 Pictured: A candlelight vigil following the 2007 mass shooting at Virginia Tech. Last month, a play based on the recent school shooting in Roseburg, Oregon, sparked outrage among locals. Photo by Ben Townsend and used here with Creative Commons license.

“Roseburg” is a recently debuted play about the historical arc of gun violence in America. It’s also a cautionary tale for journalists and storytellers and an argument for giving communities a voice in their own representation (stick with me to the finish line for a few A+ examples).

The play’s narrative ties together the mass shooting in Roseburg, Oregon, last fall, with a speech on gun control that Robert Kennedy delivered in Roseburg in 1968, less than two weeks before he was killed by a gunman. Since the performance’s debut in Philadelphia last month, “Roseburg” has sparked outrage in the real-life Roseburg, where many residents say they feel exploited and re-victimized by a play that not only revisits the violence at Umpqua Community College, but also uses the names of the victims without permission.

"It matters that Dayle, who lives in Philadelphia, did not visit Roseburg while writing the play."

“When we first heard about it — that a play had been made about our town — it was just a punch,” UCC student Hannah Miles told Oregon Public Broadcasting last week. “It’s very hard. Honestly, it’s painful.”

Chris Mintz, a survivor of the shooting, had a similar reaction. “It is pretty tasteless and insensitive,” he said in an interview with Philadelphia Magazine. “None of us … gave permission to use our names or likeness or whatever you want to call it. I believe if she’s going to make a play about us and use our names, she could at least ask us first. But it’s America, and she has the right to do what she pleases.”

A Change.org petition to ban the play has received more than 2,200 signatures, and playwright Ginger Dayle says she has received threats against her life and against the non-profit theater where “Roseburg” is being performed. But despite the angry response, Dayle doesn’t intend to back down. She told Philadelphia Magazine that she has received several inquiries from other theaters and expects to take the production to Washington, D.C. next year.

“These people [in Roseburg] are trying to censor me,” Dayle said. “But in doing so, they are keeping the conversation going, which is a good thing.”

The controversy surrounding Dayle’s play exposes a tension at the heart of storytelling — the same one that embroiled student photographer Tim Tai at the University of Missouri last year. On the one hand, it’s the job of journalists, filmmakers, and playwrights to tell powerful, impactful stories — and the First Amendment protects their right to do so. But even with constitutional rights in hand, storytellers also have an ethical responsibility to minimize the harm done by their work and, in some cases, to recognize that not every moving, stirring, ground-shaking story is their story to tell.

That’s why it matters that Dayle, who lives in Philadelphia, did not visit Roseburg while writing the play, and also why it matters that she released “Roseburg” only nine months after the mass shooting. Dayle may be right that “Roseburg” tells an important story, but its benefits must be weighed alongside its costs. If the community is feeling pain as a result of her work, Dayle should, at the very least, be receptive. Instead, she has been mostly dismissive. “The majority of these people have not even read what the play’s about,” she told OPB last week. “They seem to think that freedom of speech does not apply when it comes to their own personal tragedies.”

Ultimately, the lesson from the “Roseburg” fallout shouldn’t be that sensitive or controversial topics are off-limits, but rather that journalists and storytellers can do a much better job telling these stories with communities, so that people’s experiences are honored, not exploited. For creative inspiration, here are three examples of projects that hit the mark.

1. ‘This is Home’ by Storyworks

StoryWorks is a collaboration between Tides Theater and the Center for Investigative Reporting to synthesize investigative journalism with live theater. In one recent project, three local poets in Richmond, California, accompanied CIR reporter Amy Julia Harris on her visits to the Hacienda public housing project. Harris’s reports on the complex’s abysmal conditions helped pressure the city into relocating its residents, while the poets’ work became the backbone of “This is Home,” a live performance that told the story of Hacienda’s squalor through spoken-word poetry and theater.

As the StoryWorks website explains: “The live performance at Tides Theatre analyzed the concept of “home” through the eyes of Richmond residents living – and surviving – amid atrocious conditions in the Hacienda and Nevin housing projects. Under the direction of StoryWorks Artistic Director Jennifer Welch and José Vadi, “This is Home: The Play” allowed us to go even deeper into the experiences of elderly and disabled public housing residents through fictional characters inspired by real-life events.”

Multimedia journalist Tim Matsui, who has been documenting the human costs of sex trafficking for more than 15 years, describes his most recent project as an “impact campaign,” which pairs documentary filmmaking with community engagement. In “Leaving the Life,” Matsui has partnered with local stakeholders, including policy makers, police, survivors, and social workers, to address Seattle’s sex trafficking crisis and to work together on solutions. “Journalists can make a difference,” Matsui wrote in a Medium post about the campaign. “It happens through partnership.”

The fact that the campaign is already influencing policy in Seattle has a lot to do with Matsui’s approach to building trust. The documentary screenings and facilitated dialogues are generally small, private events where participants can talk candidly about the challenges they face — an approach that limits the documentary’s reach, but arguably maximizes its impact.

The catastrophic Vanport flood in 1948 displaced more than 18,000 residents from a working-class, largely black community outside of Portland, Oregon. The Vanport Mosaic project is an effort to amplify the voices of Vanport’s living survivors, many of whom experienced race- and class-based discrimination in the aftermath of the tragedy, by partnering with them to gather first-person stories and archival photos and video.

“Vanport Mosaic is dedicated to capturing, celebrating, and preserving the experiences of those who lived in Vanport through a multi-disciplinary approach,” the project’s website explains. “We are a collective of storytellers, media makers, artists, historians, educators, long-term Portland residents and newcomers who seek to understand the construct of our social media memory about this seemingly forgotten piece of Oregon history.”