How Will Facebook’s Algorithm Changes Impact Your Newsroom? 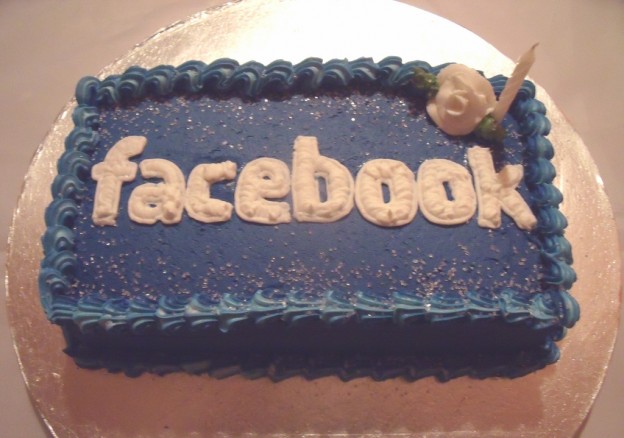 On June 29, Facebook announced it will tweak its News Feed algorithm to show users more content from their friends and family, and less from publishers and brands.

“Facebook was built on the idea of connecting people with their friends and family [ . . . ] That’s why if it’s from your friends, it’s in your feed, period — you just have to scroll down. To help make sure you don’t miss the friends and family posts you are likely to care about, we put those posts toward the top of your News Feed. We learn from you and adapt over time.”

Despite the innocuous phrasing, there’s since been a general feeling among digital publishers that “the sky is falling” with respect to Facebook referrals. Everyone is wondering: Is continued reliance on Facebook as a third-party distribution platform a wise idea?

In fact, many of Parse.ly’s clients reported seeing a general decline in referral traffic from Facebook over the weekend of July 2-3; they are concerned that Facebook’s algorithm changes have already started to negatively impact their expected site traffic. However, it is still not clear if Facebook actually took the changes live, or if these slight decreases in activity were due to a seasonal dip in traffic due to the Fourth of July weekend. (The holiday weekend is a more likely explanation.)

The good news? There’s no longer a need to speculate about the potential impact of these changes; Parse.ly built an interactive dashboard to show how many visitors are referred to content from Facebook across our network of more than 600 digital publishers. We’re updating the dashboard in real-time, so you can see how the change might impact site traffic (in aggregate across our network).

Since Facebook did not announce a timeframe for its algorithm change, this graph will also help us to determine if (and when) the change goes into effect.

Check out the Parse.ly Interactive Dashboard

Please note: If you are a Parse.ly customer, you can log into your own dashboard to check out your site’s referral numbers directly!

Our Experts Weigh In

In the meantime, many publishers are wondering what to expect.

Andrew Montalenti. Photo from Parse.ly and used with permission.

Andrew Montalenti, co-founder and CTO at Parse.ly, believes that Facebook’s announcement reinforces the importance of publishers practicing what he refers to as “traffic source diversity.” Once they decide what type of risk they are comfortable taking with respect to their reliance on various distribution platforms, they will be able to garner the best returns on their level of investment.

This sentiment is reflected in a recent Wall Street Journal piece in which About.com’s Neil Vogel warns publishers that platforms like Facebook and Google are “frenemies.” Vogel says: “If you’re the fish swimming on the back of the whale and something happens to that whale, then you’re in deep trouble.”

Andy Rhinehart. Photo from Parse.ly and used with permission.

Andy Rhinehart, customer success manager at Parse.ly, explains the theory in more detail: “For those who have worked with SEO, this has been a consistent theme. Google can change its algorithm and greatly affect traffic. If you’re a publisher doing 70 percent from search and relying on Google to stay constant, you’re doing it wrong. Same with Facebook.”

It’s only natural for digital publishers to be concerned; Facebook and Google are responsible for the majority of their referral traffic overall — and if Facebook or Google are no longer sharing their content, their page posts may not be as visible. Says Rhinehart of potential next steps: “It’s almost like if newspaper publishers had relied on carriers to deliver papers for free. And, one day, the carriers said, ‘Eh, we’re only delivering to our part of town, to our neighborhood.’ If you’re not paying for delivery, what do you do? You figure out how to get the papers to the other half of the town.”

Kelsey Arendt. Photo from Parse.ly and used with permission.

Kelsey Arendt, of Parse.ly, adds: “It sounds like the changes may actually help smaller sites, including local news organizations. One of our biggest local legacy publishers found that keying into a specific ‘group’ on social media — like your local community — gave them a substantial lift. They figured out what stories resonated with their community, and in what way: which stories create impact on social, which stories garner more readership from social, which stories do both, and where is there potential for follow-up. Facebook’s latest algo is more sensitive to an individual’s network, as it is more dependent on how your readers share and interact with your content offsite. So regardless of your size, you should be treating your Facebook audience as its own, localized community. Which, I hope, publishers are doing already.”

It’s true: Knowing your audience will only work in your favor!

Chart by Parse.ly and used with permission.

It is clear that the gap between referrals from Facebook and Google is widening — suggesting that many online media companies are becoming increasingly reliant on third-party platforms like Facebook to help distribute their content. So, how will the recent algorithm changes impact this delicate balance?

Stay tuned, and see for yourself!

Here’s a great piece from Recode on the impact this might have on digital publishers. Read more on the announcement here:

BuzzFeed: “Facebook To Decrease Publisher Reach To Show You More From Friends And Family”