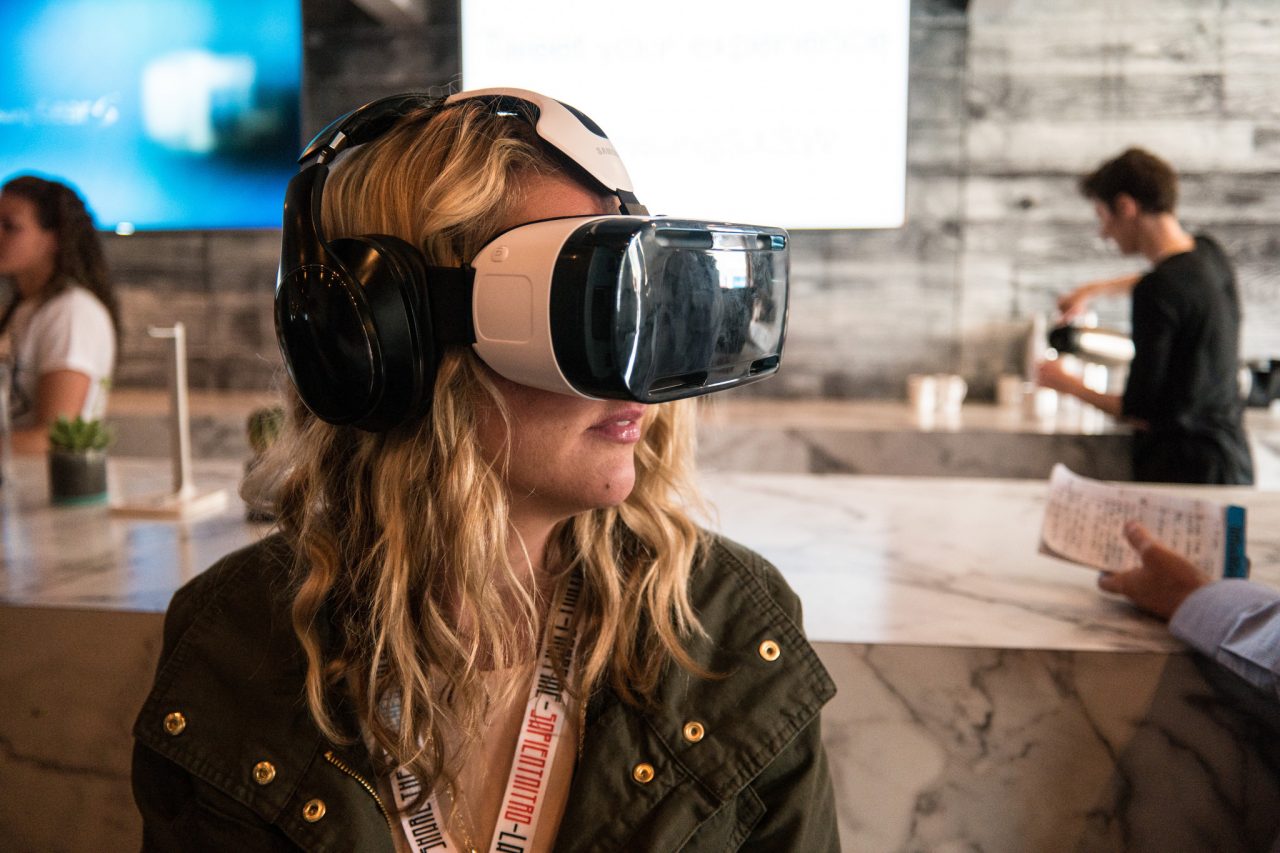 One, for the first time ever, virtual reality took a prize. VR pioneer Nonny de la Pena won the i-3 award for impact, innovation and influence for her work in immersive and “experiential” journalism.

De la Pena is CEO of Emblematic Group and a former senior research fellow at the Annenberg School for Communication and Journalism at the University of Southern California. She uses VR technologies to recreate real events her audiences can experience as if they were there.

The so-called first-person documentary “Use of Force,” for example, puts people on scene as police swarm over an immobilized subject. “Project Syria” puts people donning headsets into the situation of child refugees from that country’s war.

Accepting her award, de la Pena told the audience about spending $700 of her own money to make her first piece and cobbling together “crazy” goggles so she could show her work at Sundance when she couldn’t bring the $50,000 headset she’d been using. She used a paper clip to make some equipment work.

She alluded to the painstaking work that goes into capturing sound, layering images and textures, and making a scene so real that people watching and listening often literally cry.

“These pieces are not easy. They are hard to make,” she said.

She praised Dan Pacheco of the Newhouse School at Syracuse and others for their support in helping her get established as the “the godmother of virtual reality,” as Newhouse dean Lorraine Branham described her.

De la Pena noted too that what once seemed “crazy” is not anymore. Facebook paid more than $2 billion for Oculus Rift. Samsung, Google, AOL and Sony are investing in virtual reality. Facebook recently started supporting 360-video in their feeds.

The one exhibit at the Mirrors ceremony was from sponsor Discovery Networks showing off some of its adventure-themed VR scenes such as sharks swimming, elephants drinking nearby, and rope-walking a canyon.

De la Pena predicted a further VR boom this fall when Project Morpheus, Sony’s headset that attaches to their gaming console, comes out. “There are 60 million Playstations out there,” she said. “I’ll let you think about that one.”

Previous i-3 winners have included Twitter, big data, and work that brought presidential candidates to YouTube, Branham noted. She also praised the courageous and sometimes risky work journalists do.

Judges in the category I helped evaluate and in others that I spoke to agreed the entrants this year were the strongest they’d seen. This was the Mirrors’ 10th anniversary.

For the First Time, A Podcast Wins

This year, a podcast won for the first time ever. Music podcast “Between the Liner Notes” won for its episode about how MTV came to prominence, in the category for “Best Single Story – Radio, Television, Cable or Online Broadcast Media.”

“I thought there was nothing else I could learn about MTV,” one judge in the category commented, speaking to me privately. “But I couldn’t help but listen to the entire hour.”

Podcast host Matthew Billy, also a radio and record producer, called himself a “kid from Queens” who “records the voiceovers for his podcast in a closet.” He beat out segments from CNN’s “Reliable Sources” and the Retro Report.

The Mirrors are hosted annually by Newhouse to honor media that’s about, well, media. (Hence, the name.) This year’s other winners were from big media and another big institution, the Harvard-affiliated Nieman Reports.

Taffy Akner Brodesser of GQ won for her sometimes biting profile of CNN anchor Don Lemon. Accepting, she quipped that her editor assigned the piece by sending her “three lemon emojis” whose meaning she had to guess.

Marv Albert got laughs and groans, joking that the winner he was introducing, Turner broadcasting president David Levy, asked if the famous sportscaster believed in “free” because he’d be speaking for free.

Levy was honored with the Fred Dressler Leadership Award for his work in leading networks under his tutelage such as TNT, TBS and Adult Swim to success.

Master of ceremonies and CBS News correspondent Jeff Glor (like so many in the room, a Newhouse alum), announced the winners, who also included:

The entire list of winners and past winners is here.