Built on Collaboration, Discourse Media Closes in on Profit 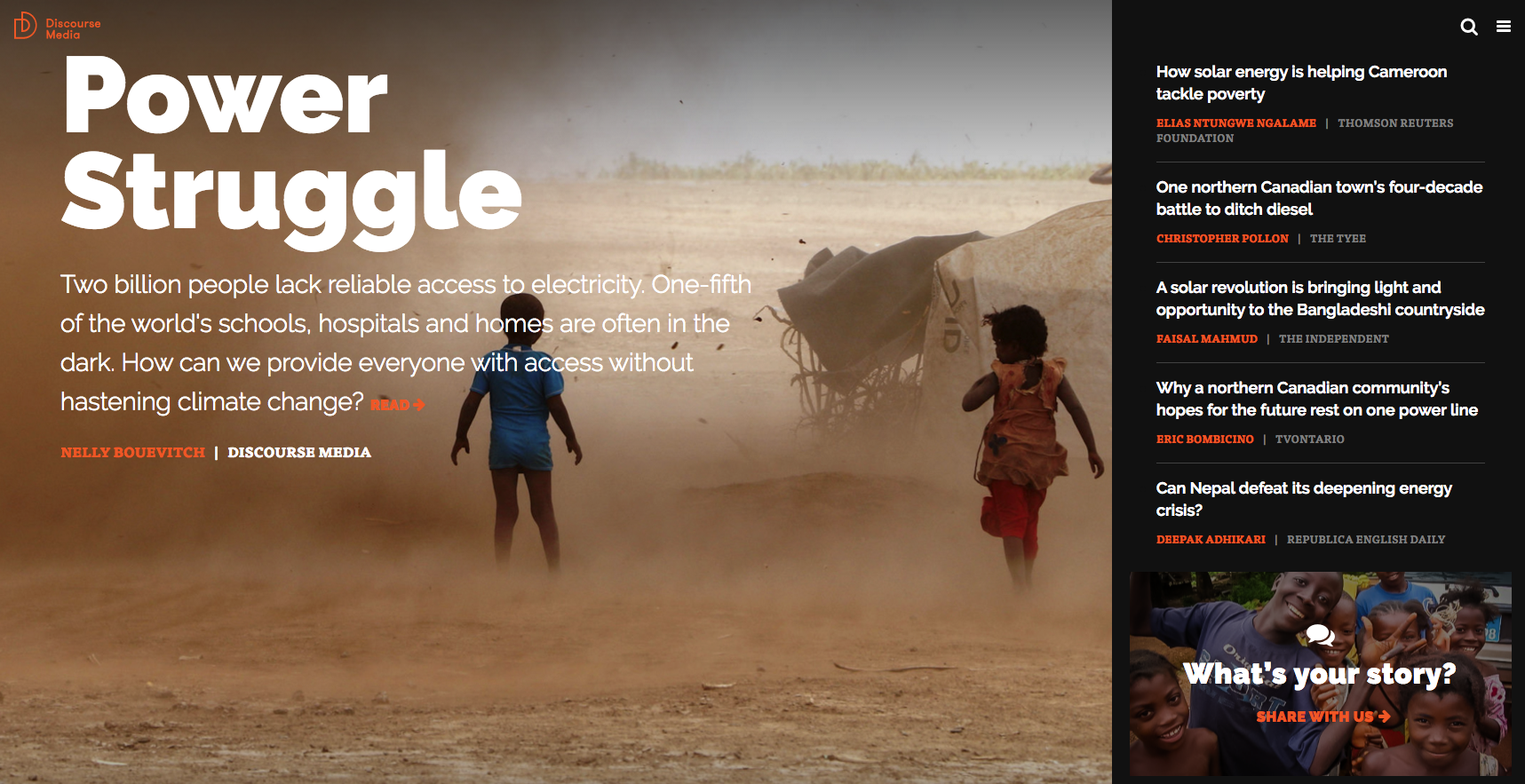 Earlier this month, the organization responsible for spearheading the landmark Panama Papers investigation landed in the news again, but this time for the wrong reason: Despite its journalistic coup, the International Center for Investigative Journalists (ICIJ) was feeling the pinch.

“As news outlets round the world continued to publish revelations from the Panama Papers, the nonprofit organization that coordinated the project was preparing to move out of its offices here in an effort to cut costs,” Nicholas Fandos wrote for the New York Times. “Its brief shining moment in the journalistic spotlight was being complicated by much more familiar issues.”

The struggle to develop digital-era revenue models has made financial turbulence all too familiar for news organizations, especially those specializing in investigative or explanatory journalism. But as Canadian startup Discourse Media enters its third year, co-founder and CEO Erin Millar is trying to buck that trend. “We’re really close to being profitable,” Millar said. “There’s a possibility we’ll achieve that this year, which would be great.”

Discourse Media is a mission-driven, for-profit news organization that tackles ambitious, months-long reporting projects in partnership with other Canadian media outlets. It doesn’t exactly seem like a recipe for quick financial success, but Millar says collaboration has helped make the venture viable.

“We looked at how we could collaborate with media outlets to pool different sets of resources,” she said. “Not just money, but also expertise and platforms.”

On the revenue side, Discourse Media depends mostly on traditional funding streams, such as foundation support and syndication fees. But Millar says the company is experimenting with other revenue models — a continuation of an approach has helped the company rise quickly from humble beginnings.

“We just started hacking away at it and basically bootstrapping it with some loans from family,” she said. “We had to find earned revenue immediately or else we would die.”

Earlier this month, I spoke with Millar about Discourse Media’s early challenges and successes, as well as the benefits of collaboration.

A screenshot from one of Discourse Media’s collaborative projects.

Journalism has traditionally been — and continues to be — a competitive industry. How have you sold prospective partners on collaboration?

Erin Millar: Data has played a big role, because everybody wants to be doing great data journalism, but the reality is most newsrooms don’t have the capacity. Most newsrooms have somebody who’s smart with visualization and who can code and that kind of stuff, but that doesn’t mean they have analysis abilities or that they have the time and resources to do the data collection. If we pool our resources and collaborate, there are so many opportunities to do amazing data journalism that no media outlet could do on their own. The Panama Papers is the most obvious example of that. It’s really given us a lot of leverage.

Journalistic collaboration has seen some hiccups, like the Center for Public Integrity’s public battle with ABC News over credit for a Pulitzer Prize in 2014. How have you avoided similar mishaps?

Millar: We definitely haven’t experienced anything as bad as that, but partnership is really difficult. We’ve had tensions and misunderstandings, and I don’t think there’s a perfect way to do it. At the beginning, we were pretty informal in lots of ways, and that’s in part [because] we were having a harder time convincing partners to come on board. They were like, ‘What the hell is this? Who are you?’ The last thing I wanted to do was go in and introduce some kind of contractual piece that would need to go up the chain of command. I just wanted to do the work, so we had some pretty informal relationships at first. But I later saw that was very problematic. When push came to shove, we hadn’t talked about things like the editing cycle and who would get the final call if we disagreed about how to frame a particular piece of data, for example. [Now] we try to anticipate and lay out as many of those things as we can.

Many journalistic collaborations are carried out by traditional news organizations without any kind of middle man. What’s the benefit of having a partner like Discourse Media in the mix?

Millar: There’s just a bunch of work that needs to be done to centrally coordinate a successful partnership and collaboration. When partners all come to the table with their own editorial agendas and daily news cycles to respond to, it’s a pretty big burden to put on any one individual organization. I think there’s an advantage to having some kind of convening player to manage the project, and to make sure people are doing what they said they’d do.

The other piece is competing interests and agendas. We try really hard at Discourse to be a little bit separate from that. Of course, like any organization, we have our own interests and agendas, but we’re trying very carefully to create a neutral, safe space for organizations to be collaborative. There needs to be space for them to serve their audience, while also contributing to the spirit of the project.

What kind of stories and projects are best suited for collaboration?

Millar: One thing I find myself looking at is news events. With events that are going to gather lots of coverage, there’s the potential of reporting 250 of the exact same story. In Canada, for example, we’re about to launch this national inquiry into high rates of missing indigenous women. There’s going to be a ton of media coverage on this, we know that. But the risk is that we’ll go through this process for over a year and learn a lot about this one issue, but we won’t actually get to the core problems. It’s this huge, meaty thing, and if we’re actually going to gain something of value from all this coverage, we’re going to need to be more efficient and not just write 17 stories from the courtroom about one person’s testimony. I’m thinking about how do you use a journalism collaboration to sort of reallocate resources, so that as an industry we can do better work.