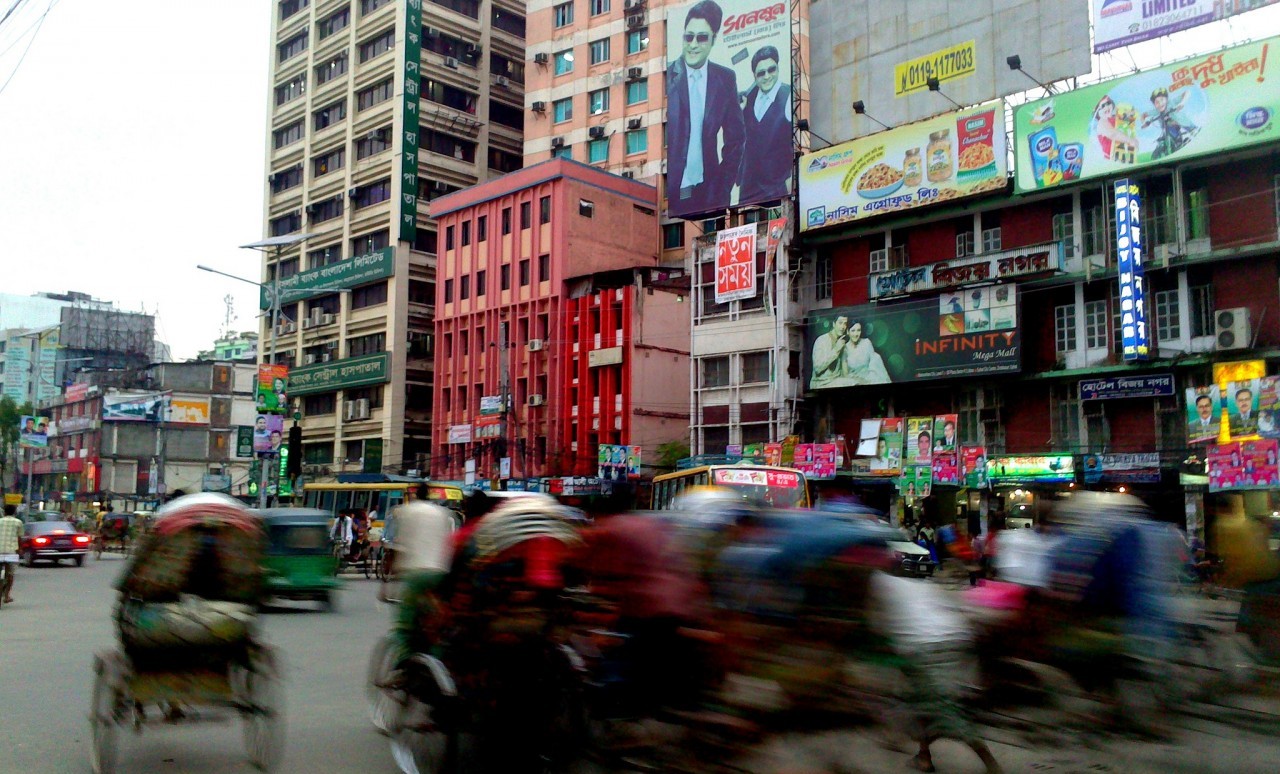 Three progressive thinkers were murdered in Bangladesh’s capital city, Dhaka, last week, including Xulhaz Mannan, the editor of Bangladesh’s first LGBT news outlet, an online magazine called Roopbaan. Authorities believe Mannan and his friend Mahbub Rabbi Tonoy, a theater activist, were killed by three assailants who entered Mannan’s building claiming that they had to deliver a package. The intruders attacked Mannan and Tonoy with machetes, signs of trained killers, leaving both of them dead on the spot.

Since 2005, at least 23 bloggers, publishers, editors and activists have been killed for expressing progressive and secular views online.

This attack came two days after university professor Rezaul Karim Siddiqui was hacked to death in public, in a northern region of Bangladesh. It is unknown who perpetrated the attack on Siddiqui. Al Qaeda in the Indian Subcontinent claimed responsibility for the attack on Mannan and Tonoy, but this cannot be confirmed.

Mannan, who also worked with the United States Agency for International Development (USAID), launched Roopbaan in 2014 to promote greater acceptance of LGBT communities, who face widespread discrimination in Bangladesh. The 35-year-old had also organized an annual Rainbow Rally since 2014, which was cancelled this year after police received threats against the group.

Prime Minister Sheikh Hasina has blamed the opposition, saying that they are orchestrating the attacks to destabilize the country and upset her secular rule. She also has been critical of those who write about religion and “offend religious sentiments” but maintains that anyone “killing another person in response to what they have written is not Islamic.”

Since 2005, at least 23 bloggers, publishers, editors and activists have been killed and scores of others attacked or threatened with death for expressing progressive and secular views online. These bloggers and intellectuals were not advocating or perpetrating violence, but rather writing critical texts concerning the complex political climate in Bangladesh and promoting the protection of human rights.

The Ethiopian Federal High Court convicted Zelalem Workagenehu under the country’s Anti-Terror Proclamation, and will issue his sentence on May 10. Workagenehu was arrested along with Yonatan Wolde and Bahiru Degu for applying to attend a training session on digital communication, social media and leadership, which the government has described as a “training operation to terrorize the country.” All three were arrested and spent more than 600 days in prison without facing trial. Degu reported experiencing extensive torture during his first few months in detention, including beatings and being forced to remove his clothes and drink his own urine. Wolde and Degu were acquitted of the charges and released from prison, but were re-arrested shortly afterwards and forced to spend another night in prison before being released the next day and told they would remain under observation. Their relatives say they were told by the state security officers that “they would be killed if they made any moves.”

The Second Chamber of Mexico’s Supreme Court of Justice of the Nation ruled on May 4, 2016 that the controversial Telecom Law, nicknamed the “Ley Stalker” (“Stalker Law”) does not violate the nation’s consitution. The law requires telecommunications companies to retain records of users’ metadata for two years and provide unrestricted access to state authorities without any requirement for judicial oversight. The law, which came into effect in August 2014, has come under criticism from digital rights groups for being invasive of privacy. The Mexico City-based NGO Network for Defense of Digital Rights (R3D) now plans to challenge the Supreme Court ruling before the Inter-American Commission on Human Rights.

Two Russian opposition activists reported their Telegram messenger accounts were remotely hacked through the app’s SMS login feature, suggesting the app is not as secure as the company claims. They believe the Russian government was involved in the hack. Security researcher Frederick Jacobs pointed to similar attacks on Iranian accounts earlier this year, critiquing the safety implications of text message logins.

As internet connectivity has increased in Myanmar over the past six years, social media users have seen a rising tide of anti-Muslim sentiment on social platforms. In response, activists in have launched a campaign to confront hate speech that aims to educate internet users on how to identify and respond to hate speech, and how to engage in constructive debates online.

Brazilian judge ordered internet service providers to block access to WhatsApp in the country for 72 hours, citing the company’s alleged failure to comply with an order to assist police in a drug investigation. The block was lifted the next day. If you think this sounds familiar, you’re not wrong: A judge also ordered WhatsApp to be blocked in 2015 for a period of about 12 hours before the decision was overturned by an appeals court.

Two popular Iranian Web cartoonists who were jailed for their artwork were released from prison since our last report. Hadi Heidari, who was arrested for a cartoon marking the November 2015 terrorist attacks in Paris, was freed from prison on April 26. Cartoonist Atena Farghadani was also released on May 3, after her sentence was reduced from 12 years to 18 months.

The US House of Representatives passed a bill requiring authorities to obtain a warrant before acquiring data and emails stored in the cloud. The legislation received widespread report in the House and was co-sponsored by over 300 members and was passed in a vote of 418-0, however it must pass through the Senate before it goes before President Obama to be signed into law.

Bloggers and online activists from Afghanistan, Bangladesh, Belarus, Brazil, China, Egypt, Germany, India, Indonesia, Iran, Ivory Coast, Spain, Turkey and Ukraine were given jury prizes and people’s choice awards for their online work, ranging from political satire blogs to online environmental activism networks. Among the winners was Global Voices author Ramy Raoof, who earned the people’s choice award in the “Tech for Good” category for his work disseminating digital security advice and information via Twitter. Raoof thanked supporters with a message on his Facebook page, suggesting that the award reflected the increasing “importance of our right to privacy in the light of the authorities’ efforts and security surveillance practices to breach our privacy…and [interfere with] our ability to communicate, express, organize, and seek knowledge.”