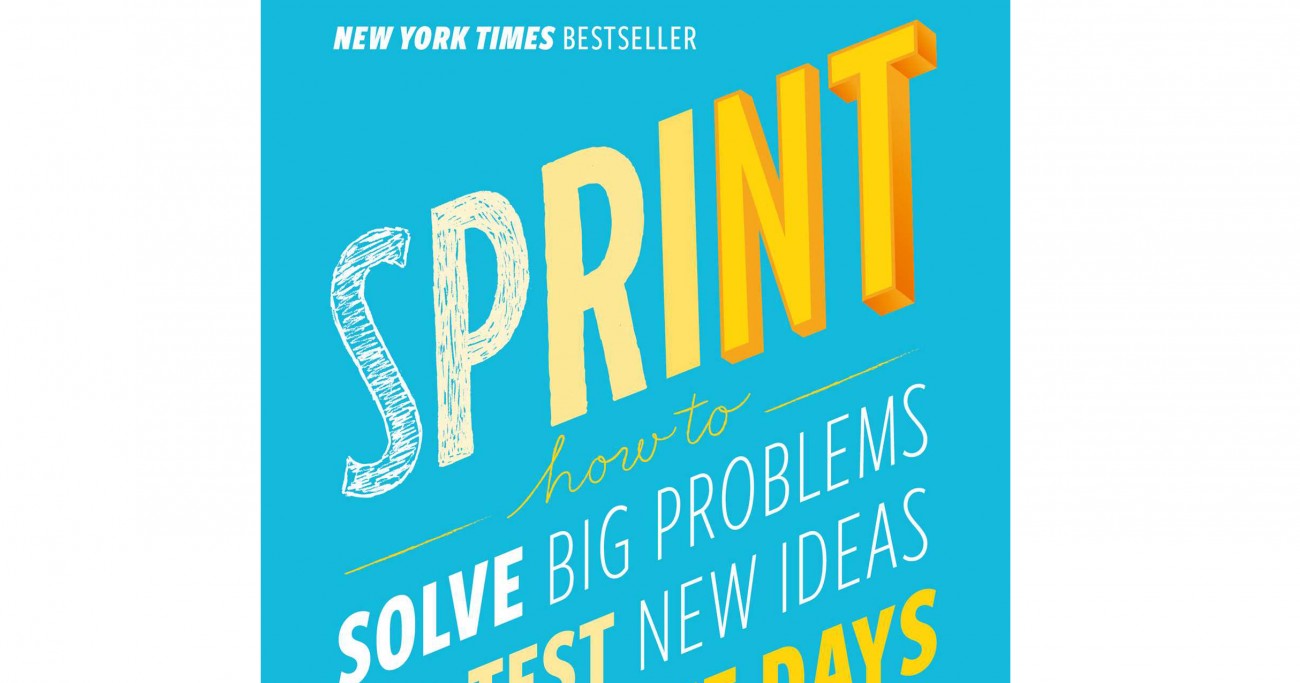 In this week’s news, Snapchat considers adding an algorithm to its feed; Twitter might expand its character limit — in a way that would actually please users; and Facebook will turn your panoramic pictures into immersive 360 photos. Our Metric of the Week is the Follower Rate, and Mark rants about the financial failure at The Guardian. And we chat with John Zeratsky, design partner at GV, formerly Google Ventures, and co-author of the book “Sprint.”

"A common failure is for a team to do a sprint on the side but it doesn't include the core team...responsible for executing on those ideas." -John Zeratsky

John Zeratsky is design partner at GV, formerly Google Ventures, the venture capital arm of Alphabet. Before joining GV, he was a design lead at YouTube and an early employee of FeedBurner, which Google acquired in 2007. John has written about design and productivity for the Wall Street Journal, Fast Company, Wired, and Time. He’s the co-author of Sprint, which describes GV’s unique five-day process for solving big problems and testing new ideas.

Social media feeds have followed an interesting arc. They started by simply showing you what your friends had posted in reverse chronological order, with the freshest stuff first. But led by Facebook and now Twitter, social platforms have started to use algorithms to personalize your feed, highlighting the most relevant and popular posts rather than the most recent. Some people like it, others hate it, but eventually everyone gets used to it. Now comes the news that Snapchat will move toward an algorithm for its feed, highlighting content from friends and publishers according to a secret formula that only Snapchat knows. According to a report from Digiday’s Garett Sloane, the company has been considering an algorithm since the beginning of the year, and it will be similar to the one at Facebook.

So who wins and who loses if Snapchat starts using an algorithm? Vox’s Choire Sicha told Digiday that social feeds typically reward high-quality content with their algorithms, which is a good thing for publishers like Vox. But exactly what Snapchat will do is a mystery. What isn’t a mystery is the growing power of a few groups of programmers and managers at social tech companies, who are helping to decide what’s highlighted in feeds, what gets more exposure and who benefits. The only equivalent in the past were editors who decided what was on the front page of the New York Times, or the producers who chose the top story on the network evening news. Today, that curation power is in the hands of people even further behind the scenes, offering little transparency. It’s the same reason we’ve seen so much controversy around curators and programmers at Facebook and how they decide what’s featured in feeds and in trending topics. And it’s an issue that’s not going away.

Stop me if you’ve heard this one before. Twitter is thinking about changing its character limit for tweets once again. Previously, the social network considered raising the limit to 10,000 characters. Now, a report from Bloomberg’s Sarah Frier is suggesting the social media company will no longer count links and photos as part of the 140-character limit. The company has messed around with how it counts links and photos before, and currently they take up 23 characters. Those chunks take away space for text to describe what’s at the link or in the photo. The character limit is a legacy issue dating back to when SMS messages were limited to 160 characters and to when Twitter was used mainly on pre-smartphone mobile phones.

The reaction on Twitter to the news was largely positive — unlike the outcry after the potential 10,000 character limit. Many people are hopeful they’ll have more room for text on tweets, without going too far away from the brevity that makes Twitter unique. This could be rare good news for the company, which has been struggling to grow its user base and reach profitability since its IPO. As Business Insider’s Rob Price points out, CEO Jack Dorsey was re-hired to turn the company around, and his changes haven’t been very bold. Twitter Moments has been so-so, and Facebook has pushed harder into breaking news with its Trending Topics feature. This potential move to expand character counts is a step in the right direction, but Twitter needs a giant leap to get back into the win column.

Many people expect that virtual reality will become the ultimate way to play immersive videogames and watch action movies. And you’ll be in the action, virtually. But the problem has always been making the gear accessible to more people. One way to do that is with 360-degree videos that let you pan around to experience them from different views, and all you need is a web browser or smartphone to experience them. Facebook, which seems to understand that lightweight VR is a good idea, will begin to support 360-degree photos for people who upload their panoramic pictures. Those pictures have largely stayed on people’s phones because there isn’t a simple way for people to share them on social media. Now they can, and they don’t need expensive 360-degree cameras to create them.

Facebook also recently released a 360-degree video called “Here and Now.” The video allows viewers to step inside New York’s Grand Central Station on a busy day using an Oculus Rift, Gear VR or any web browser or smartphone. The video was produced by Facebook’s in-house creative agency, The Factory, and showcases both its Surround 360 Camera and 360 video. “Here and Now” is interesting because it appears to be verité, where you’re dropped into a real scene at Grand Central, but in reality the people are all actors and extras. And rather than being a fantasy/action sequence, it’s an intimate view on how people say goodbye in a real setting. And Facebook’s rival Google also announced VR news at its I/O developer conference. The tech giant announced it would be creating a new mobile VR platform called Daydream which will be included in the newest version of Android. Little by little, VR and immersive video are reaching the masses. Now we’ll see what content really breaks through.

Not that long ago, The Guardian newspaper in the UK was viewed as a digital pioneer. It experimented with an open editorial process, with input from its audience. It created a crowdfunding site called Contributoria. It launched two new websites dedicated to the U.S. and Australia. It won a Pulitzer Prize for its work on the Edward Snowden files, and it led the way on the phone-hacking scandal in the U.K., the Wikileaks diplomatic cable story, and even the Panama Papers, more recently.

But along the way, The Guardian forgot about the most important thing when running a media company: the bottom line. The basic structure of The Guardian was meant to keep it running in perpetuity, with the Scott Trust amassing nearly $1 billion as an endowment to support the paper and its digital ambitions. A lot of money came from its ownership of Auto Trader magazine. But the main problem is that The Guardian’s journalists and producers were experimenting on the editorial side, while not doing the same on the business side.

Instead, the business was based mainly on print and online advertising, both areas that have been weak and declining, leading to 58 million pounds in losses in the last year. A few years back, The Guardian was hiring 500 people in a big expansion, and hoping to create a big live performance space. Now, those dreams have gone poof, and the company is looking to cut 250 jobs, including 100 in editorial. The latest news from the Press Gazette is that The Guardian asked its investigative team to take on new roles at the company, though The Guardian denied that.

All this has led to an internal struggle with the typical blame game. New editor-in-chief Katharine Viner places the blame at the feet of outgoing editor and icon Alan Rusbridger, while those in the pro-Alan faction blame Viner and her cohort for pushing him out. More importantly, the editor-in-chief at The Guardian basically runs the company, with more power than the CEO. That idea probably came about with the intention of strengthening editorial, but it had the unintended consequence of weakening the business.

So what went wrong? There were 3 key things The Guardian messed up.

Number one: The company didn’t diversify revenues soon enough. Now the Guardian is developing an elaborate membership plan to get people to pay for special events and content. That should have happened years ago. Media critic Michael Wolff says The Guardian should have abandoned the idea of “open journalism” and put in a pay wall like the Wall Street Journal, Times of London, the New York Times and so many others. I don’t agree. It is possible to survive without a pay wall, but it requires more revenue streams besides advertising.

Number two: The Guardian fell into the same trap that other non-profits and public media have experienced: believing that their business is not a business. Whether you’re for-profit or non-profit, you still need income, and you still need to figure out how to sustain yourself. A revenue stream from memberships or sponsorships or foundations or the goodwill of billionaires is still a revenue stream, and could always dry up tomorrow. The same goes for the billion-dollar Scott Trust. It won’t last in perpetuity if you can’t balance the books. It’s the same thing we’ve seen with cuts at the BBC, and even at NPR, despite millions in money from the government and foundations.

And number three: The Guardian misplaced its global ambitions. When it found out it was one of the top newspapers sites in the U.S., despite being based in the U.K., The Guardian decided to create a U.S.-centered website called theguardian.com. But that doesn’t really make sense as a content site. If you have a global audience at your website in the U.K., why silo off a different site for a different region? Why not unify them at one destination? And in an age of distributed content on social media, do different sites even matter?

The Guardian has really been a pioneer of data journalism and online experimentation, but for that to continue, it will have to do a lot of soul-searching on the business side. Those experiments can only be supported if there’s true sustainability, true financial support from its readers and community. Let’s hope they find their way.