How J-School Professors, Librarians Teamed Up to Teach Data Skills at Kansas 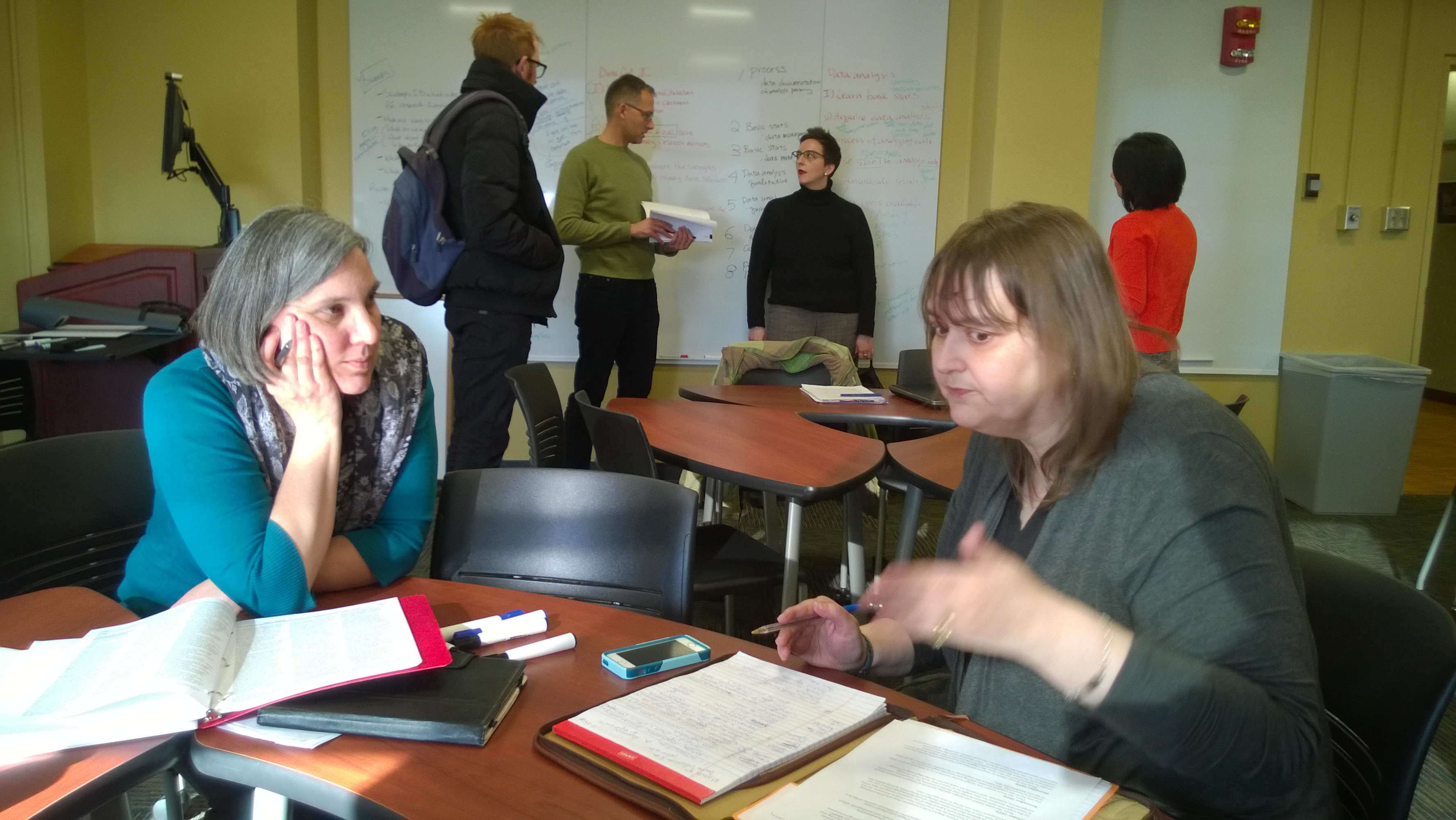 When associate journalism professor Doug Ward was redesigning the master’s program at the University of Kansas’ William Allen White School of Journalism and Mass Communications, he knew he needed to find experts who could help him offer journalism students training in data and social media.

As it turns out, his search didn’t take him far: He found that the perfect collaborators were the librarians right on campus.

“I went to them and said, ‘We are both in the information business, and there has been upheaval, and we have both had to change what we do. You provide a level of information expertise that we don’t have,’” he recalls.

So Ward and the library’s information specialists got together and built an online master’s course in digital content strategy that is largely aimed at mid-career journalists looking for the skills of the age and the accompanying credential.

The program, which launches this summer and consists of eight classes, will be taught by members of the journalism faculty with a librarian “embedded” in each class. Ward said he knows of no other program that unites journalists and librarians so intimately in the creation and execution of a whole course of study.

“Combining those two cultures has been very interesting,” Ward says. “It’s been valuable.”

Photo by Matt Katzenberger on Flickr and used here with Creative Commons license.

Working journalists have long leaned on librarians to help them track down articles and dig through directories and databases.

Equally, in the academic setting, journalism professors have historically invited campus librarians into their classrooms to go over how the library website and search tools work, and how to access useful databases such as Lexis-Nexus.

Journalists and librarians make easy bedfellows: Both are in the information business — the journalist perhaps more preoccupied with gathering and presenting it, while the librarian is focused on maneuvering through and organizing it.

But the changing requirements that come with teaching modern digital journalism at college – AND the evolving expertise of librarians – together create potential for a whole new kind of synergy between these two allied fields.

The Skills of The Day

Julie Petr, an associate librarian at KU who worked with Ward on the new master’s program, said the skills she and her colleagues have that will be put into play in the digital classroom are these:

Petr says it has been “just wonderful” as a librarian to be involved in the planning of a journalism course.

In working closely with the librarians at KU, Ward noticed that they brought an interesting point of view to some of the issues that came up in their planning sessions. Journalists, often on deadline, are focused on getting information efficiently and quickly. Librarians, in contrast, often take a long-term approach.

Ward said, for example, a journalist wanting to get access to government information would instinctively file a Freedom of Information Act request. Whereas a librarian, he discovered, working without the pressure of deadline, would say, ‘I want to work to make that information open forever.’

Ward says he’s noticed that his librarian colleagues have been experiencing as much upheaval in their industry as he has witnessed in his own field of journalism.

Nancy Kranich, a past president of the American Library Association and Special Projects librarian at Rutgers University Libraries and lecturer at Rutgers University School of Communication and Information, agrees. She says librarians have long been reluctant to get out from behind their desks and out of their buildings in what she jokingly calls their “Edifice Complex.”

But, increasingly, she notes librarians are being embedded in classes, learning how to partner more closely with the campus community and even tell stories. She says they have much to learn from journalists in that regard.

Kranich notes, for example, that some students training to become librarians are taught to go out with video cameras and record oral histories from their communities, then come back and learn how to analyze, store and share that information.

Though she is not involved in the Kansas initiative, Kranich said she had heard about it and was excited by the prospect of such close collaboration between the two fields.

“There’s just amazing overlap in our worlds,” she says.

Tara George is Associate Professor of Journalism at Montclair State University’s School of Communication and Media. She has spent more than a decade teaching journalism to undergraduates. A former New York Daily News reporter, she often writes about local journalism. Tweet her @journoprof.