The Unbearable Lightness of Going Viral 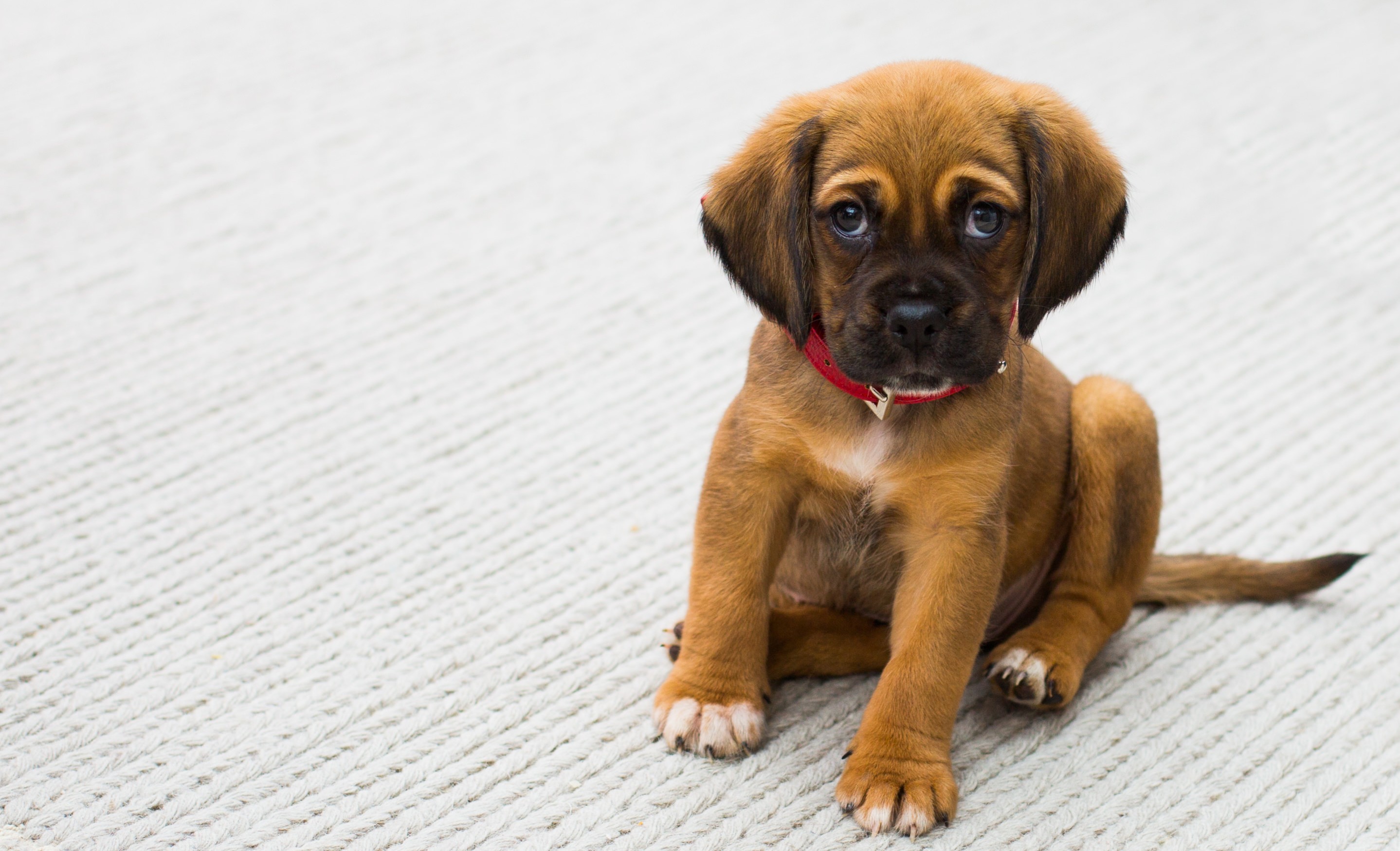 Sheri Candler wasn’t expecting anything extraordinary from the story she posted last November at KCET.org.

The title — Why Southern Californians Love Saying ‘the’ Before Freeway Numbers  — wasn’t clickbait or controversial. The images weren’t unusual or eye-catching, mainly maps.

“The metrics have changed over the years. But I'd say when my mom is aware of something, it's gone viral.” - Andy Boyle, full stack developer for NBC’s Breaking News app

But within hours, the story garnered metrics that she would normally see over a week on the entire site. Ultimately, the single story doubled the site traffic that month.

Most of the traffic came from Facebook, the writer’s social media feed and other local news sites that picked up the story. None of it was planned or came as the result of a significant promotional spend.

Typically, similar stories receive around 5,000 page views per month. This received one million.

But Candler, social media and community editor for KCETLink Media Group in Los Angeles, isn’t changing her strategy to chase after clicks after experiencing viral success.

“The main pitfall is going against mission to play a never-ending game,” she said. “If a site is mainly founded on chasing popularity, that is an ever-changing chase to keep up with the tastes of a fickle audience.”

Instead, she’s focused on knowing what her core audience is interested in and being the best source for those stories. Then if the timing is right and a person with a big following provides a push, something just might go viral. But ultimately, the audience controls whether something catches on in a massive way.

“If you are writing remarkable stories — as in, worth remarking on — the audience will take those stories far and wide,” she said.

Related: We’ll have a #MetricShift Twitter chat on April 22 at 1 pm ET / 10 am PT discussing the metrics of going viral. Join us!

Life quickly returned back to normal after the KCET freeway story went viral. While the story was shared more than 2,900 times on Facebook, the page’s follower count remained at a normal pace and website traffic regressed toward the mean. So what did the blip on the radar mean?

The ambivalence toward “going viral” is something that newsrooms are still grappling with in 2016. It’s undeniably impressive — and usually a cause for celebration — to attract a dazzling number of clicks and page views. But it also forces reporters and editors to ask what increased traffic does for them, and if it has a lasting impact.

“We have analyzed the hits we’ve had and strive to create more stories that our audience will love, but we don’t want just the one-offs,” Candler said. “We want a repeat audience who engages with all kinds of coverage on our site. But if they find a story they particularly like, we’re happy to see it spread much further than we could ever reach on our own.”

The year is 2030 and my son asks "Daddy where were you when @BuzzFeed exploded a watermelon with rubber bands as 700,000 people watched on?"

Hits like the exploding watermelon — which ultimately attracted 10 million views — or “the dress” — 32 million views — are the kind of sensations that Candler calls “viral candy.” In other words, they are not the substance with real world impact that news organizations often aspire to tell.

But the allure of a viral hit can also prove irresistible, even to those doing serious journalism. And they can bring long-term value by attracting loyal readers and subscribers, says Rob Gates, audience and metrics analyst for the Louisville Courier-Journal.

“Going viral is validation that the reporter did his or her job,” he said. “But it’s not the goal.”

But he also cautions that getting addicted to the trends that cause clicks can be dangerous. As fast as something rises, it can just as quickly disappear.

Focusing on the Bigger Picture

The tactic of creating a post around a hot topic of the moment with the intention of going viral is often called “newsjacking,” according to Scott Meyer, co-founder of digital marketing firm 9 Clouds.

Meyer advises news organizations to instead focus on the big picture so that “every piece of information you create has the tinder necessary to potentially go viral.”

“They should not focus on newsjacking, but, unfortunately, that is the quick buck that most tend to focus on,” he said. “News organizations should definitely try to go viral by creating valuable content over the long haul.”

So what does have lasting value? Gates makes a distinction between short-term and temporary spikes in readership, versus popular content that engages his target local audience. “Local viral” is what he calls the traffic he wants to see.

If he notices a story catching on with his regional audience, he will move quickly to take maximum advantage by adding links to related content, and also link to other content that recently has performed well with the loyal audience. He also sometimes adds a subscription link.

But if it’s traffic that isn’t tied to his target audience, he isn’t all that concerned.

“If it’s global, we used to throw in some stuff,” he said. “But in reality, no one from Hong Kong is likely to subscribe.”

So how should we actually define “going viral” if it means something very different to get readership in Louisville or Hong Kong? What exactly does it mean? It depends on who you ask, and their goals.

“The metrics have changed over the years,” said Andy Boyle, full stack developer for NBC’s Breaking News app. “But I’d say when my mom is aware of something, it’s gone viral.”

Boyle has himself experienced viral stardom, which he recently wrote about in Esquire: The True Story of How I Went Viral. Twice.

In 2011, Boyle experienced Internet fame and infamy when he live-tweeted a couple’s break-up at a Burger King. His tweets went viral, which landed him both praise for his humor and scorn for exposing a private moment in a public manner.

Then in 2015, Boyle went viral again, when he wrote about how he quit drinking and lost 75 pounds in a post on Medium that had more than 1.3 million views. That was just the beginning. The story ran in more than 50 newspapers around the country after it was syndicated on the Chicago Tribune’s wire service.

“If I thought I received a lot of attention when the piece was on Medium, the power of a major news outlet was astounding,” Boyle wrote in Esquire. “An aunt saw me mentioned on her local news in Minnesota. My piece ran on The Today Show’s site. I went on regional morning television. The piece became the most-viewed article online in the history of the Tribune.”

Boyle takes some of the lessons he learned from going viral in his personal life to his work at news organizations. Chief among these lessons is don’t try to go viral.

“I sat in many, many meetings at media companies where people talked about creating things that ‘should’ go viral,” he said. “Not once did they succeed.”

These efforts don’t succeed because, in his words, “people will see through your bulls***.” He cites click-bait headlines as a tactic that temporarily boosted publishers’ metrics, then backfired when the audience felt manipulated.

“The secret sauce you think you’ve discovered will quickly become copied and parodied and then hated,” Boyle said.

Today, Boyle isn’t thinking about going viral again. He says he lives “a relatively boring life these days,” though he now has a book deal. And he has a message for news organizations: Don’t create content in a misguided attempt to go viral. Instead, tell stories your audience cares about.

“Great stories are what go viral,” he said. “So news organizations should still focus on finding and telling great stories.”

Related: We’ll have a #MetricShift Twitter chat on April 22 at 1 pm ET / 10 am PT discussing the metrics of going viral. Join us!