What Bruce Springsteen Can Teach Us About Metrics 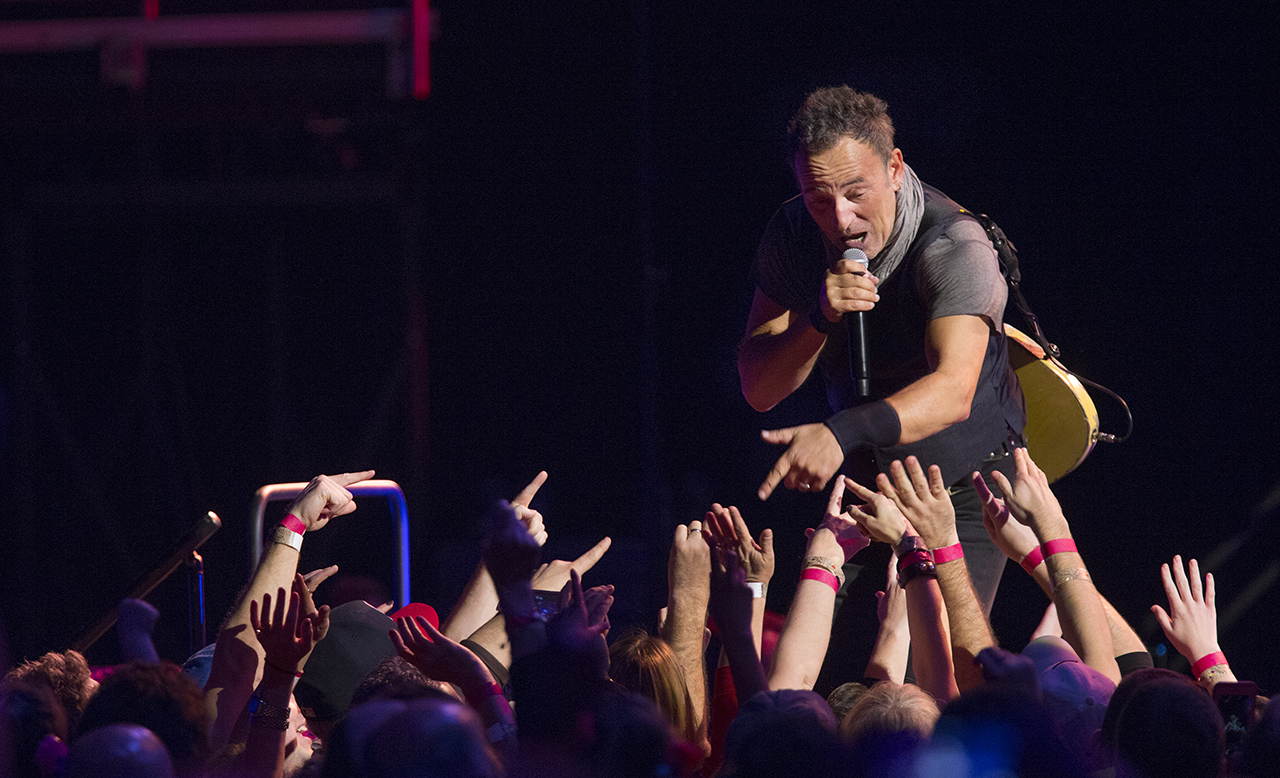 Bruce Springsteen engages with the audience during his Feb. 21, 2016, concert in Louisville, Ky. (Pat McDonogh/The Courier-Journal)

When Bruce Springsteen and the E-Street Band recently belted out “Born in the USA,” it was cause for all of us at their Louisville concert to celebrate. Not because we were all born in the USA, per se, but because it’s an awesome song that is seldom performed live anymore.

Perhaps dancing harder than anyone were two guys with seats backstage who had held up a sign all night asking Bruce to play the song.

"News delivery, unfortunately, is not as simple as rock ‘n’ roll, but reporters – like performers – never want to see their work flop."

We celebrated the song because Bruce gave us what we wanted.

It’s a lesson in audience engagement that isn’t that far from the same strategies newsrooms are looking to employ today when it comes to metrics-driven reporting.

Springsteen hasn’t always heeded his fans’ full wishes, and he even cursed at the audience during his 1999-2000 tour when someone made a request during a concert. So what changed?

Give Them What They Want

In 2007-2008, Springsteen recognized his “Magic” album and related tour plan was not connecting with the audience. His metrics? Lack of record sales and the inability to quickly sell out shows.

Rather than continue to foist an unpopular tour on his fans, Springsteen looked at those metrics, probably swallowed some pride, cast aside his ego and gave fans what they wanted. Part of which was to accept their requests. He would later say that he found this to be a new way to connect with audiences while performing, he enjoyed it, and he has more-or-less maintained the practice in some form ever since.

Details of this change of heart are outlined in this 2008 Rolling Stone magazine review of one of Springsteen’s Giants Stadium shows that year.

In newsrooms, those larger-than-life concert signs are a little more subtle, the exception being the phone calls, emails and press releases requesting coverage. The biggest signs we need to watch are those embedded in our metrics.

News delivery, unfortunately, is not as simple as rock ‘n’ roll, but reporters – like performers – never want to see their work flop.  In the past, reporters never really knew if it did or not. Today, poor metrics register as loud as boos from a rock concert crowd, and we all know what happens if you don’t answer those boos.

In accepting requests, Springsteen did not stop being Springsteen. He did not fundamentally change who he is, he didn’t sell out nor did he try to battle the clear message he was receiving from the audience. He adapted his model to better suit his fans while still remaining true to himself and his music.

Newsrooms need to do the same and understand what the audience is saying. That doesn’t mean a sudden departure from their core mission; it simply means changing methods and approaches to keep the existing audience engaged while also working to find new fans.