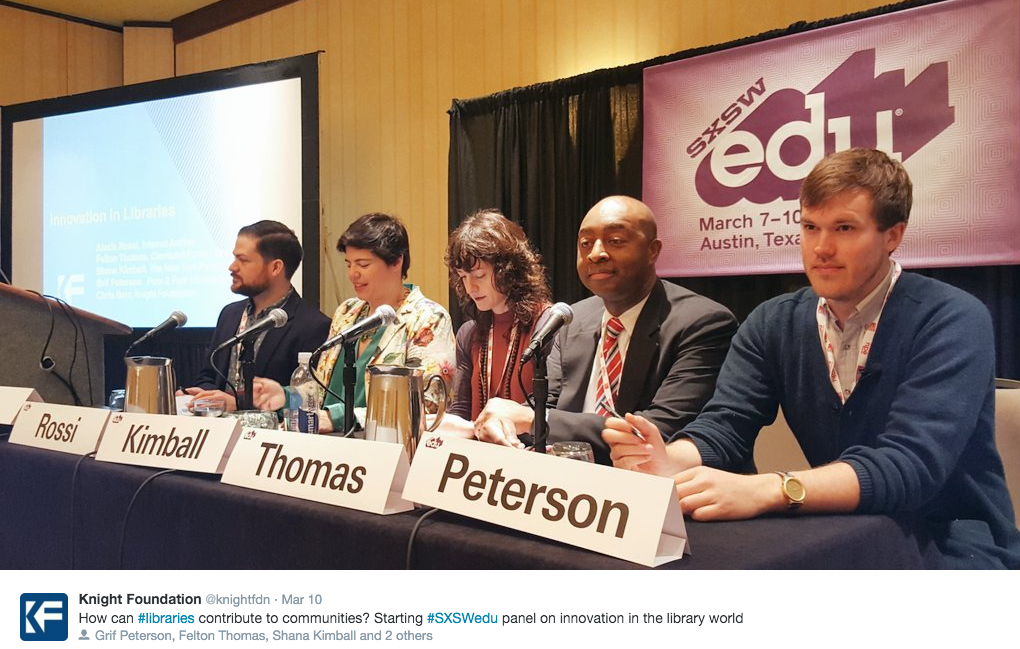 Welcome to a special edition of the MediaShift podcast, dedicated to library innovation. We’re joined by two special guests this week, Miguel Figueroa of the American Library Association’s Center for the Future of Libraries, and Laurie Putnam, instructor at the San Jose State University School of Information. We’ll discuss the good — and bad — news about library funding around the world. We’ll also be talking about the recent South-by-Southwest Education conference in Austin and its focus on libraries this year, as well as other important upcoming conferences. All on this special edition of the MediaShift podcast!

"It really is everyone's job to make sure we keep our institutions nimble and innovative" - Miguel Figueroa on how libraries keep pace with society's changes.

Laurie Putnam is a communications consultant and a lecturer at the San Jose State University School of Information. By day she coaches students on communications and helps clients tell their stories; over the course of her career she has worked with nonprofits and neighborhood libraries, high-tech start-ups and Fortune 500 companies. By night, she continues her work as founder of the Library and Information Science Publications Wiki. You’ll find Laurie online @NextLibraries.

In Australia, the federal government is cutting funding for a variety of cultural institutions including the National Library. A leaked email from the Library’s director-general projected nearly two dozens employees would be let go. The cuts would also impact the Library’s ability to fund Trove, its popular online database. But Australian citizens have been vocal in their support for the institution and have even started a Twitter campaign to #fundTrove.

Back here in the U.S., the Knight Foundation is trying to fund libraries with its second News Challenge on Libraries. The challenge will award $3 million in grants for innovative ideas on how libraries can help serve the public’s need for information in the 21st century.

Can’t Hate The Hater by 3 Feet Up
Brooks by Kai Engel
Something (Bonus Track) by Kai Engel
Roennes, Trio for Three Bassoons by Grossman, Ewell, Grainger
Love is Chemical by Steve Combs