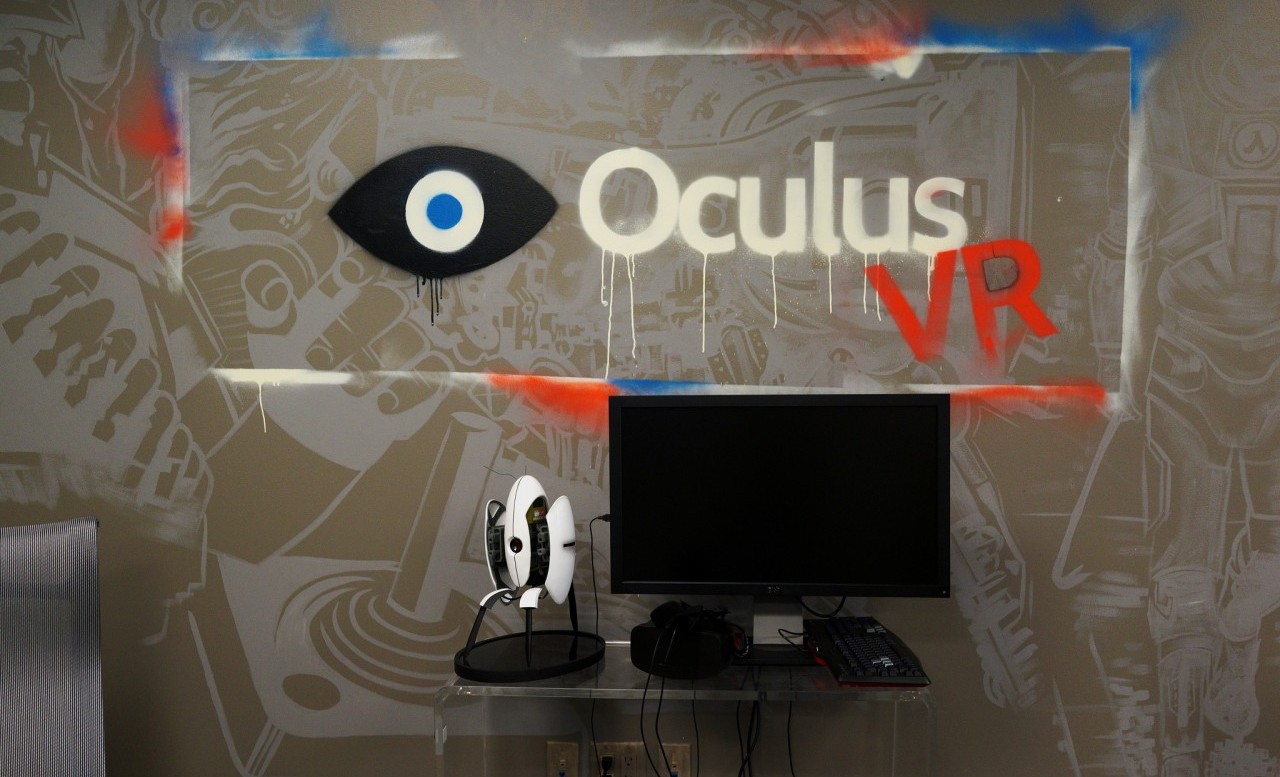 The Oculus VR headset is among a new wave of virtual reality technologies on the market. Photo by Nabeel H on Flickr and used here with Creative Commons license.

On HBO’s “Real Time” program two weeks ago, comedian Bill Maher took a jab at the whole idea of “virtual reality,” poking fun at the various unsuccessful efforts — from Nintendo’s Virtual Boy to NASA’s clunky headsets — to commercialize VR technology. “It’s like Marco Rubio,” Maher quipped. “If it was going to catch on, it would have by now.”

But despite skepticism, VR actually appears to be picking up steam, at least as a platform for journalistic storytelling. Earlier this month, the Knight Foundation released an extensive report titled “Viewing the Future? Virtual Reality in Journalism,” which details the rise of VR in journalism and addresses both the technology’s potential for growth and its remaining barriers.

"Part of what makes this moment different is that people are really investing in [VR]. And not all investment is stupid.” - Sam Gill

“In short, the period from October 2015 through February 2016 was one of significant experimentation with virtual reality (VR) storytelling,” the report concluded. “These efforts are part of an initial foray into determining whether VR is a feasible way to present news.”

Recent experiments in VR storytelling include the New York Times’ partnership with Google Cardboard, the Des Moines Register’s Harvest of Change project, and RYOT’s virtual-reality film about solitary confinement in prisons. The report includes a timeline of these and other developments in VR journalism, as well as analysis of major market trends and opportunities.

The Knight Foundation’s full report, produced in partnership with the USA TODAY NETWORK, was published in six parts on Medium. Following its release, I spoke with co-author Sam Gill, vice president of learning and impact for the Knight Foundation, about VR investment trends, the technology’s implications for journalism, and the challenges that still lie ahead. Here are three big takeaways.

‘Not All Investment is Stupid’

As Maher points out, virtual reality has repeatedly failed to live up to its hype as the next big thing. But there are signs that the hype might be justified this time.

For one, advances in VR technology have led to major improvements in the VR user experience. After years of lukewarm reviews, the arrival of more comfortable headsets, higher-resolution video content, and better storytelling have given VR the ‘wow’ factor that celebrants long predicted.

Meanwhile, the cost of hardware has dropped dramatically, with VR viewers like Google Cardboard priced as low as $25, and higher-end viewers like Samsung’s Gear VR headset starting around $99. “There are a lot of different versions of this at a lot of different price points,” Gill said. “I think time and markets will tell if people actually find that enjoyable.”

But the best sign for VR’s future might be the amount of money now being spent to accelerate hardware improvements. According to the report, hardware investments accounted for 68 percent of all investment in the VR sector in 2013-2015, up from 14 percent in 2012-2014. And when 19-year-old college student Palmer Luckey launched a Kickstarter campaign to fund development of the Oculus Rift headset, he raised nearly $2.5 million — about 10 times above his $250,000 goal. Luckey’s company later sold to Facebook for $2 billion.

“There’s a lot of money in this space,” Gill said. “Whether or not it works, part of what makes this moment a little different is that people are really investing in it. And not all investment is stupid. The scale of investment probably means that people see VR’s potential to transform visual experiences.”

One of virtual reality’s major selling points is the idea that it would allow visual journalists to produce even better journalism. As Molly Swenson, chief operating officer of RYOT, explains in the report: “Virtual reality affords us the opportunity to see the world through a fresh pair of eyes. You are seeing, hearing and sensationally stepping inside a moment, a place, a community other than your own. It breaks down barriers like nothing else.”

Whether a story is about refugee camps in Syria or solitary confinement cells in state prisons, the promise of VR is its ability to place the viewer inside of a scene and convey a powerful emotional experience. In some ways, that has always been the goal of narrative journalism, and VR is only the latest iteration.

But virtual reality journalism does raise some new challenges and questions. For example, in an immersive setting, do journalists lose the ability to control a story’s narrative arc? If so, what are the implications? Will immersion eliminate the problem of selection bias, or will it instead impede a journalist’s power to insert context, highlight key information, and serve a sense-making function?

Gill says these are the kind of questions that journalists should be asking while VR is still in its infancy.

“Every new technology development has brought new challenges and new questions and new opportunities to newsrooms,” he explained. “If it’s true that immersive experiences are going to be a much bigger part of the way we consume content in the next 10 years, then I hope that the news organizations that have been critical protectors of good, accurate, deep storytelling are part of confronting what that means in VR.”

Virtual reality is expensive — that much is clear. From the high-end filming equipment to the time and expertise required for post-production, VR’s barriers to entry are higher than many newsrooms can afford in the current market.

What remains uncertain is whether the consumer demand for VR content will eventually justify the start-up costs. This question is raised in the report, but aside from speculation about the potential use of product placement and other monetization strategies, there’s little in the way of answers.

“If you know anyone who says they definitely know how people are going to monetize news in the next ten years, I want to talk to them,” Gill said. “But if VR becomes a bigger consumer phenomenon, that’s going to open up different revenue potential than if it’s ultimately an add-on product.”

Despite the uncertain business model, part of the motivation for news organizations to invest and experiment, Gill says, is a desire not to be left behind by changes in the industry. It’s a lesson that newsrooms learned the hard way when Craigslist rendered the classifieds section all but obsolete, and when Facebook and Twitter capitalized on a social-media boom that media companies didn’t see coming.

“Newsrooms are really starting to lean into the future and recognize that it’s critical for them to not be the last mover to a new field,” Gill said. “When you see people like Mark Zuckerberg being very sanguine about the future of immersive experiences, it’s not surprising that some newsrooms are at least looking to explore its potential.”

Or, as New York Times president and CEO Mark Thompson put it, according to the report: “This is the type of irresponsible, crazy exercise that we as a company should do more of.”