How Magazines Hit the Crowdfunding Jackpot on Kickstarter 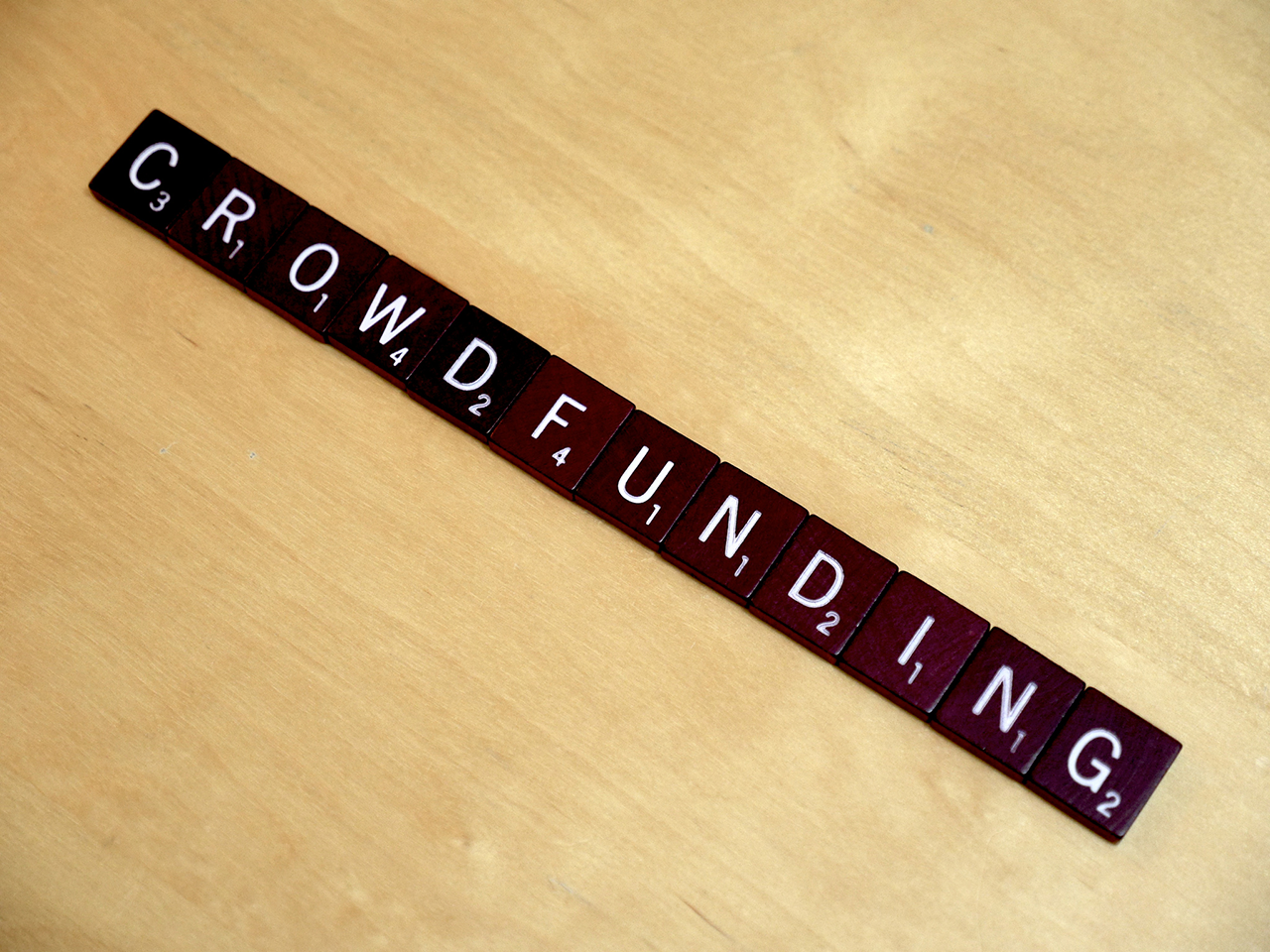 It’s sadly unusual to see magazines at the top of any media-related list these days. So when I noticed a recent crowdfunding report where that happened, I had to check it out.

The Pew Research Center released a report in January on crowdfunded journalism at Kickstarter, detailing how donations have powered a wide array of journalistic projects in different media. The report’s authors analyzed 658 journalism projects that reached or exceeded their funding targets from 2009 to 2015.

"We didn’t have access to massive capital. ... We don’t have incredibly long credit histories or a business model that is dying for massive angel investors." - Evan Walker-Wells

Although website projects brought in the most cash on Kickstarter (29 percent of the journalism category’s total contributions), magazine projects were the most prolific, accounting for 20 percent of all funded journalism projects.

Many people are pessimistic about print media, and yet the creators of these magazine projects rallied donors to raise just over $1 million. Somehow, crowdfunding and magazines seem to be a great match. I talked with two successful magazine founders and Kickstarter about what makes this combination work.

Power of the Personal Network

“We never really doubted we were going to try to do crowdfunding. It was just how would we get the campaign together, what would be the right target amount. It was reassuring to see a combination of projects we’d really admired doing good things on Kickstarter, and to see our friends with successful Kickstarter campaigns,” said Evan Walker-Wells, a co-founder of Scalawag, a magazine about Southern politics and culture.

Scalawag’s Kickstarter effort ended in April 2015 after raising over $31,000 from 374 backers, far exceeding its initial goal of $20,000. The magazine just released its fourth issue.

Similarly, George Quraishi, co-founder and editor of Howler Magazine, had watched a friend’s magazine succeed on Kickstarter, and decided to try it for a new soccer magazine concept.

While Scalawag and Howler both raised tens of thousands of dollars, most magazine projects on Kickstarter are smaller in scale. The Pew report shows that the median amount raised by magazine projects was about $3,500, contributed by a median of 55 backers. But even that sum can be enough to launch a new magazine.

In addition to having successful role models for their crowdfunding efforts, Walker-Wells and Quraishi both had another trait in common with the other Kickstarter-funded magazine projects: the support of a group. According to Pew, 29 percent of the magazine projects were proposed by groups of individuals. Involving a group means drawing on everyone’s social connections to publicize the project.

The Scalawag team was “six of us, all in our 20s … We didn’t have access to massive capital. We were trying to do a print magazine, with online publishing as well. We don’t have incredibly long credit histories or a business model that is dying for massive angel investors,” Walker-Wells said.

But six people’s contacts can build a powerful network.

“We did some old-school things and contacted news outlets around the South, and that was much less successful than the emails we wrote to our friends,” he said. “It was really word of mouth, spreading it beyond networks we knew.”

Howler’s co-founders had previously worked at magazines. Having friends involved in the industry may have helped a bit, too.

“We could spread the word among people of interest. We didn’t ask people to write about [Howler], but just from knowing them, we got a couple of pieces of publicity out of that,” Quraishi said. “After the first issue, we got a nice writeup in New York [Magazine], the New York Times, the Guardian, The Economist … and Sports Illustrated did something in their year-end issue. To an extent, our previous professional experience contributed to that.”

Passion for the Project

Getting donors to contribute to a magazine project also means the magazine has to connect with them on a deeper level. Magazines on narrowly defined topics seem like great candidates for crowdfunding because they are created by people who are part of a specific community and who share their passions, needs and interests.

For Howler, that meant providing a new perspective on soccer that wasn’t available in other American sports media — which must have appealed to serious fans, since the magazine today has nearly 3,000 subscribers.

“We were offering soccer fans something that I don’t think anyone else had offered them,” Quraishi said. “Even if you were a subscriber to an English soccer magazine, you were receiving an English soccer experience. It’s our larger mission to contextualize that for an American audience.”

Walker-Wells found a motivated audience that wanted a deeper perspective on another topic: life in the American South. Scalawag’s subscribers have doubled in less than a year, with about 600 now signed up for four issues each year.

“We had issues with the way the South was often ridiculed in national media, and a sense that there wasn’t a place for folks in the South to talk about the important work happening here,” he said.

Participating as a backer for crowdfunded projects, is “like a statement of your values, about you joining a community,” Walker-Wells said. Magazines offer that community in ways other media don’t. “It’s easy to feel disconnected when you’re scrolling through your feed on Facebook.”

Being able to define and reach a specific community is a strength of magazine projects when it comes to crowdfunding, says Maris Kreizman, Kickstarter’s publishing and journalism outreach lead. And there are more magazine projects than those categorized as “journalism” and analyzed in the Pew report. Kreizman points out that many other magazine-style projects are included in Kickstarter’s “publishing” category as “periodicals.” Forty percent of those projects met their crowdfunding goals, she says.

“There are plenty of niche publications that do really well on Kickstarter because there’s a direct line to the community they are targeting. … That’s the magic and power of the Internet, being able to find people who have interests [that] align,” Kreizman said. “[The group] may be very small, but you can find them because they’re online. For every Kickstarter creator, we hope that they already have a solid community behind them. The magazines that do the best will have a small community, at least.”

Clarity about writers’ compensation is another common thread among recently funded projects.

“In the past year or so, another trend I’ve been seeing is that successful projects have a real transparency around paying writers,” Kreizman said. “We’re beginning to appreciate that writing for exposure is not enough.”

Crowdfunded magazine projects usually have another advantage, from the potential donor’s perspective: There’s a tangible reward for contributing.

“Single issues are rewards, as well as subscriptions. There’s something very clear and concise that a backer will be getting,” Kreizman said. “Of course, they also offer tote bags and other merch-y kinds of things. … In terms of forms of journalism, magazines are one that people are accustomed to paying for, as opposed to a website.”

Quraishi points out that those tangible magazines have an appeal beyond the information and entertainment they offer.

“These objects say something about who they are. They like to have them displayed on their bookshelves. You can be a soccer fan, you can wear a jersey or scarf for your favorite team, but there’s not a lot of stuff that a discerning person would want to have around your house,” he said. “For people who care about design, who want really nice things, we want to give them something that really feels worth it, a physical product and a tangible experience that says, ‘I’m a thinking soccer fan.’”

While magazine projects may be natural fits for crowdfunding, it’s worth noting that journalism as a whole generally interests potential donors much less than other kinds of projects. In fact, journalism ranks next to last for project success rate among all Kickstarter categories, with only 22 percent succeeding, according to the Pew report.

Crowdfunding isn’t yet poised to save journalism more broadly, but as the Pew report demonstrates, it’s a growing source of support — and magazines might especially benefit from that trend.

Susan Currie Sivek, Ph.D., is an associate professor in the Department of Mass Communication at Linfield College. She teaches media theory, writing, and editing, and does research on magazines, social media, and political communication.