Amid Violence in Brazil, Convictions in Journalists’ Murders are Cause for Optimism 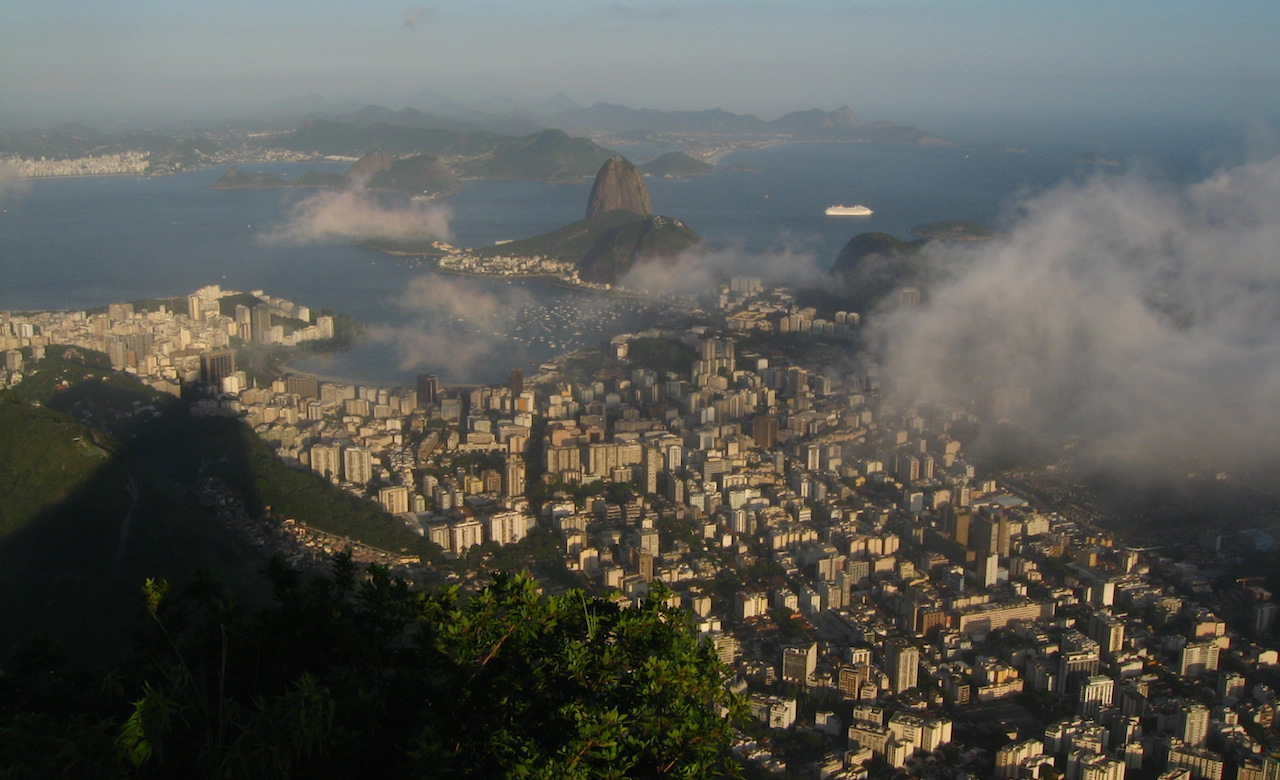 A recent string of arrests and convictions in cases involving slain journalists is a sign of progress in Brazil, writes the Committee to Protect Journalists. Photo by Hector Garcia on Flickr and used here with Creative Commons license.

Justice delayed is justice denied, goes the legal maxim, and that has all too often been the case in Latin America. But the perseverance of lawyers and prosecutors in Brazil has resulted in a number of recent convictions in cases many thought had been buried or forgotten.

"Impunity is a problem, and even though some [cases] have never been resolved, we are seeing advances." - Maria José Braga

Rio de Janeiro police arrested four people in November in connection with the 2013 murder of José Roberto Ornelas de Lemos, the administrative director of the daily Hora H. Last year, judges in Minas Gerais state convicted Alessandro Neves Augusto for the 2013 murders of a journalist and a freelance photographer who worked together covering cases in which police were suspected of involvement in murders in and around the town of Coronel Fabriciano. And the killer of political journalist and blogger Décio Sá was sentenced to 25 years in prison in 2014, two years after the murder in the impoverished northern state of Maranhão. His accomplice was sentenced to 18 years and three months for transporting the gunman to and from the crime scene.

The resolution or partial resolution of those and other cases long after they happened is good news for a region with a bleak record on impunity. Brazil ranks eleventh on CPJ’s Impunity Index, which tracks countries where journalists are murdered and their killers go free. And, according to CPJ research, Brazil was the third most dangerous country in the world last year for journalists, behind Syria and France, with six journalists murdered there in direct retaliation for their work.

While other Latin American nations have made little progress in fighting impunity, the convictions in Brazil are cause for optimism, legal experts, human rights officials, and journalism advocates say. “The special rapporteur’s office has noted advances in several cases involving the assassinations of journalists that had gone unpunished in Brazil during recent years,” said Edison Lanza, the special rapporteur for freedom of expression at the Inter-American Commission on Human Rights.

The perseverance of police and public prosecutors reflects a growing confidence in Brazil’s legal institutions. The country is in the midst of a high-level war on impunity as judges and prosecutors target big names suspected of involvement in a slew of corruption scandals. And just as federal prosecutors are taking aim at high-ranking politicians and multi-millionaire businessmen who were previously untouchable, state and local authorities are refusing to let go of cases involving the murder of journalists. The reasons vary from case to case and state to state, journalism advocates, prosecutors, and police told CPJ.

The mobilization of a federal task force in Minas Gerais was crucial in helping convict Neves Augusto, said Maria José Braga, the vice-president of the National Federation of Journalists and a researcher and co-author of the federation’s January report, “Violence Against Journalists and Freedom of the Press in Brazil.”

Neves Augusto was sentenced in June last year to 16 years in prison for murdering the journalist Rodrigo Neto. CPJ released a statement at the time welcoming the conviction. Two months later he was sentenced to a further 14 years and three months in jail for the murder of Neto’s colleague Walgney Assis de Carvalho, a freelance photographer, according to reports.

The federation wants the murder of journalists to be classified as a federal crime so that cases are investigated by federal offices who are better prepared and equipped. Braga said that federal involvement in resolving that case justifies the call.

“Impunity is a problem, and even though some have never been resolved, we are seeing advances,” Braga told CPJ via telephone from her office in the capital, Brasília. “I think pressure from other journalists and journalism associations is also important and has made authorities more aware.”

In Rio de Janeiro, a restructuring of the police department was crucial in helping detectives resolve the Ornelas de Lemos case. The 47-year-old administrative director of Hora H was shot at least 41 times in a suburb of Rio de Janeiro in June 2013, according to police. The paper covered the spread of militias allegedly led by corrupt police officers in the Rio suburb of Nova Iguaçu, and a colleague at the time told authorities he received numerous death threats for the daily’s reporting.

In November 2015, police arrested six people accused of running a militia in the area, and Fabio Cardoso, the delegate in charge of the investigation, told CPJ that four of them were directly involved in Ornelas de Lemos’s murder.

The arrests were the result of a new homicide division created in 2010 to investigate murders in the city. Until then, homicides were dealt with by the police station nearest to the incident, Rivaldo Barbosa, the division’s head, told CPJ.

Previously, the local station chief would arrive at the crime scene with two or three officers and, if he needed help, he would call in additional staff, perhaps more officers, a doctor, or a forensic expert. Sometimes they came from other parts of the city and got there hours later, sometimes they never got there at all, Barbosa said. When they were done they went back to their own stations, rarely talking or sharing information on the case, he added.

Under the new division, when a call comes in 15 officers, including some in plain clothes and unmarked cars, rush to the scene. The task force includes a doctor, a forensic specialist, and a fingerprint expert. When they get back to the station they discuss the case, both immediately and in the days afterwards. “It’s new dynamic, formal and quick,” Barbosa said in an interview at the headquarters. “Before, we didn’t speak to each other. Now we are a team.”

The new strategy has significantly lifted their rate of solving crimes, Barbosa said, and the success has led other authorities to take them more seriously and other states to study their methods. “The courts and the public prosecutor’s office can see that we are doing better work and that has generated credibility,” Barbosa said. “We have gained their confidence.”

According to CPJ research, Brazil was the third most dangerous country in the world for journalists last year. Photo by Kirilos on Flickr and used here with Creative Commons license.

Next Steps for Justice in Brazil

If there is a downside it is the continued difficulty in convicting the masterminds in high-profile cases, said Roberto Brayner, a public prosecutor in the northeastern state of Pernambuco. Most elected officials in Brazil cannot be investigated by police, with all bar city council members enjoying immunity from investigation, he told CPJ. An attorney general can authorize police to investigate and supervise their inquiries but “it is difficult to get authorization,” Brayner said.

The public prosecutor’s persistence resulted in the conviction last December of four men for the 2005 killing of veteran radio host José Cândido de Amorim Filho, better known as Jota Cândido. Cândido, who devoted part of his program on Rádio Alternativa to denouncing local corruption, was also serving his second term as a city councilman in the town of Carpina. A previous attempt on his life had been made on May 21, 2005, according to local newspaper Diario do Pernambuco.

Cândido was a critic of the then Carpina mayor, who had been accused of nepotism. Cândido criticized the practice on his show and presented a bill banning public officials from hiring relatives days before he was killed, news reports said.

Four men were sentenced on December 17, last year for Cândido’s killing. Military police officer André Luiz de Carvalho was sentenced to 21 years, and his colleagues Edilson Soares Rodrigues and Tairone César da Silva Pereira were given 19 years, according to news reports. Jorge José da Silva, who lent them his motorcycle, was sentenced to 14 years, reports added. Brayner told CPJ all four have been released while they appeal.

Brayner said there was no doubt Cândido was murdered for both his journalistic and political activism. He said the convicted men had been offered plea bargains in an attempt to find the mastermind, but all four refused the offer.

“When I try to think of high-profile cases that were resolved quickly I think of Tim Lopes, the TV Globo journalist killed in Rio,” Brayner said by telephone. “There were no authorities involved, it was drug traffickers who killed him. Now imagine if a journalist is killed investigating corruption in a mayor’s office or state legislature and involving a mayor or a senator or a governor. It is very hard to investigate.”

Journalism advocates agreed that while the pace of change may be slow, it is going in the right direction and the resolution of these recent crimes sends an important message.

“When you resolve a crime we should celebrate as it is an advance, especially in a country where one-in-10 crimes never are resolved,” said Mauri König, CPJ’s 2012 International Press Freedom Awardee who has faced repeated threats for his reporting. “The justice system in Brazil is slow and this is a small percentage. It is a way of showing possible aggressors that not all crimes go unpunished.”

Andrew Downie left Scotland 25 years ago to travel in Latin America. He has since lived in Mexico, Haiti, and Brazil and reported from almost every country in the region. Now based in São Paulo, his work has appeared in The New York Times, The Economist, The Guardian, GQ and Esquire, among many others.