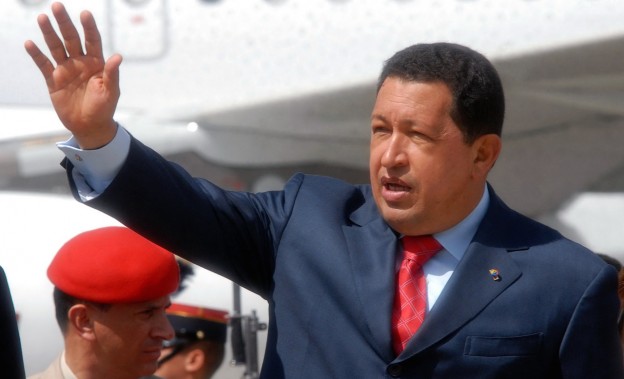 In 2010, the Venezuelan government led by then-President Hugo Chávez approved a measure banning journalists from the National Assembly's press balcony. Last month, that ban was overturned. Photo by UKBERRI.NET on Flickr and used here with Creative Commons license.

When security guards opened the doors to Venezuela’s colonial-era National Assembly building last Wednesday, I was among the dozens of reporters who swarmed inside. Even though the day’s legislative session would not be called to order for another three hours, every seat in the press galley, located on the second-floor balcony overlooking the chamber, was quickly occupied.

"It was like birds being let out of their cages and allowed to fly again." - Henry Ramos Allup

The enthusiasm was understandable because reporters have only recently been allowed back in the building. In 2010, deputies of the ruling Socialist Party approved a measure banning journalists from the press balcony. Instead, they were relegated to a cramped room where they could monitor congress only by watching the sessions on a state TV channel that often censored statements by opposition legislators, numerous reporters told me.

President Nicolás Maduro’s government has restricted press freedom in Venezuela, but the country’s National Assembly is now controlled by the opposition party. Photo by Joka Madruga on Flickr and reused here with Creative Commons license.

However, when the opposition won a majority of National Assembly seats in December 6 nationwide elections it gained control of the legislature for the first time since the late President Hugo Chávez ushered in Venezuela’s socialist revolution 17 years ago. It constituted a political earthquake because the ruling party had previously dominated all branches of government, but it was also a breakthrough for press freedom. When the new congress convened on January 6, deputies quickly voted to allow full press access to the National Assembly.

“It was like birds being let out of their cages and allowed to fly again,” Henry Ramos Allup, the newly sworn-in National Assembly president, told me.

What this means for Venezuela

The five-year ban on congressional press coverage was part of an array of legislation, threats, and regulatory measures CPJ has documented, that were enacted by Venezuela’s socialist government–first led by Chávez and now by President Nicolás Maduro–to clamp down and silence independent news outlets. The watchdog function of the press was further hampered by public officials who routinely rejected interview requests by independent news outlets, journalists have told CPJ.

Now, the lifting of the ban means that reporters can approach pro-government lawmakers for comment and can attend legislative sessions at which cabinet members will be called to testify about government spending, economic policies, allegations of corruption, and other key issues.

“It had been a black box, but now all eyes are on the National Assembly,” Laura Weffer, a veteran legislative reporter who now co-directs the independent Efecto Cocuyo news website, told me.

For example, the new legislation could regulate the use of “cadenas” in which the government interrupts public and privately run TV and radio programming for official announcements. Cadenas are supposed to be used sparingly to provide vital information­– especially during emergencies–but the government regularly uses them for political and electoral propaganda, Guanipa said. Since he was sworn in as president in 2013, President Maduro has spent 499 hours speaking to the public via televised cadenas, according to Citizen’s Monitor, a non-governmental organization that focuses on the abuse of power and public resources by the Venezuelan government.

Guanipa said the legislation could also address state TV and radio stations, which he said have been converted from public service stations into propaganda outlets for the Socialist Party and Maduro government. “We are going to promote laws that will democratize the media. It is a priority for the National Assembly this year,” Guanipa said.

Venezuela’s national assembly re-opens to the press after five-year ban https://t.co/vengKGm8tM
via @pressfreedom

More work to do

Carlos Correa, who heads the Caracas-based press freedom organization Espacio Público, said lawmakers should also press for a freedom of information act because the government often delays or refuses to release basic information, such as the country’s inflation rate. He told me that Espacio Público ranks Venezuela as one of the worst countries in the region in terms of government transparency.

But in its push for openness, the National Assembly is encountering push back. The passwords and names of several of the body’s Twitter accounts were changed and taken over on January 4, apparently by government supporters, Oliver Blanco, the new press officer for the assembly who also handles its social media, told CPJ.

In addition, the government has maintained control of ANTV, a Venezuelan version of C-Span that covers congress but is fiercely partisan and often cuts to government advertisements or propaganda when opposition lawmakers are speaking. The station was to have come under opposition control after the December 6 elections.

Before that could happen, ANTV was declared an employee-run foundation, by station president and ruling party lawmaker Dario Vivas. The station went off the air on December 31 and its cameras, monitors, computers, and other equipment were removed from the National Assembly building and “donated” to the workers, according to news reports.

“The idea was to deny the opposition press coverage,” Blanco said. He gave me a tour of the station’s dismantled headquarters where carpeting, wall insulation, light fixtures, and computer monitors had been taken away.

ANTV is now back on the air and continues to broadcast with a pro-ruling party slant. But other stations, such as Globovisión, are now able to provide more balanced coverage of the National Assembly, and Efecto Cocuyo and other websites are streaming the sessions, Weffer said.

CPJ’s repeated phone calls to request comment from ANTV and the Ministry of Communications were not returned.

Correa, of Espacio Público, said there are other ways the government is trying to sabotage open media coverage of assembly proceedings. When legislators called for government ministers to testify before the assembly about Venezuela’s economic crisis last week, the ministers agreed to do so only if the media were banned from the chamber. The opposition refused and the meeting was cancelled.

Héctor Rodríguez, who heads the Socialist Party’s legislative bloc, told reporters afterwards that sensitive information was to be discussed and that it should have been a closed-door session. He also accused the opposition of trying to promote a sensational “reality show” by allowing media coverage of the testimony.