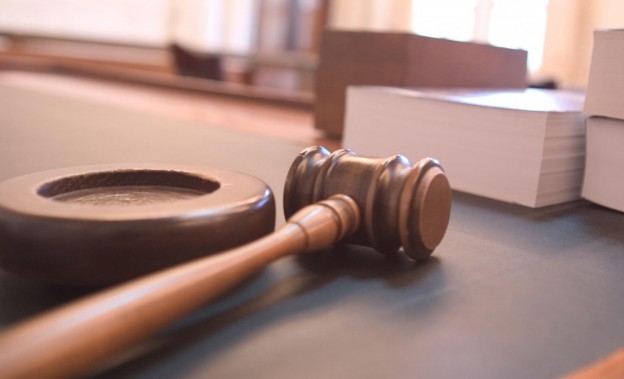 Jian Ghomeshi had the Canadian media world on a string.

Bright, handsome, progressive, the former CBC radio host was a celebrity that the “Mother Corp” with its older audiences could use. A host who was hip and could attract a wide diversity of listeners to his popular show “Q.”

"So what should newsrooms do if the complainant insists on being identified? It’s a complex legal and ethical decision."

Then, in October 2015, the proverbial roof fell in. Ghomeshi was fired by the CBC over allegations of sexual misconduct toward women. The country was shocked. Ghomeshi used social media to declare that while he engaged in “adventurous forms of sex,” his sexual activities were consensual and that he was the target of false allegations by a “jilted ex-girlfriend.”

Eventually, Ghomeshi, 48, who lives in Toronto, pleaded not guilty to four counts of sexual assault and one count of overcoming resistance by choking, all related to alleged assaults from 2002 to 2003 involving three women. The court case began earlier this month, drawing national media attention.

The identities of two of the complainants are protected under a publication ban. Under Canadian law, a ban on reporting the names comes into effect if the Crown prosecutor requests one. But Lucy DeCoutere, an actress and an air force captain, went to court to lift the ban on her name. DeCoutere has testified that Ghomeshi choked and slapped her at his home.

At the center of the trial is a difficult issue for journalism ethics. Should news media report the names of sexual assault complainants with or without a ban, and, if so, how? The debate over the ban is not new. But two trends have sharpened the issue.

One trend is the growth of media beyond the mainstream journalism that was the original focus of the ban. Social media, bloggers, and others may ignore a ban. The second trend is that some people want to be named, such as DeCoutere. Some individuals may use social media to identify themselves as a complainant.

So what should newsrooms do if the complainant insists on being identified? It’s a complex legal and ethical decision.

Photo by Clyde Robinson on Flickr and used here with Creative Commons license.

The ban goes into effect with the start of court proceedings and remains in force regardless of the outcome of the trial. Many lawyers regard the ban as permanent, unless lifted by a court. It even lives on after the complainant dies. Yet, despite these strong provisions, some media outlets think that, practically, they can safely name complainants who ask to be named. The idea is that a prosecutor will probably not press charges against a ban violator if the complainant asks to be identified.

But that is a legal gamble.

Ethically, the case falls under the principle that journalists should report the facts surrounding important court cases, including the names of those involved. But, there is also the principle of minimizing harm in reporting. In this context, minimizing harm means making sure the complainant gives informed consent to the use of his or her name.

But what amounts to informed consent?

It is more than telling the complainant that their name will be used in a report. Journalists should take extra steps to make sure the complainant knows the full consequences of being identified in the media.

The problem of naming complainants has prompted the ethics committee of the Canadian Association of Journalists (CAJ), of which I was acting co-chair until recently, to release guidelines.

At the heart of the guidelines are a list of steps that journalists should take to ensure informed consent. Among the steps are:

The mainstream ripple effect: A journalist should explain that, once a complainant’s name is used in a report, it is likely that other mainstream media will use the name as well, over which neither the complainant nor the journalist has control.

The social media effect: A journalist should explain that it is likely that the name will be used on social media over which the journalist has no control. Individuals on Facebook, Reddit or other social sites will post comments. Those comments, the guidelines say, “can be vile.” Even if the name appears first in a print publication, it will migrate to the digital sphere.

Consider publication as permanent: A journalist should explain that, once the name is “out there” in the media sphere, it is very difficult to retract or erase such data.

The search engine effect: A journalist should explain that, given the nature of search engines, the report may be the first thing that appears when someone does an internet search of the complainant’s name. How does the complainant think about such data being available indefinitely, e.g., when she applies for jobs, has children of her own, or when she enters into a serious relationship with another person years from now?

Make a detailed record: A journalist should make a record of the consent conversation, e.g. in writing, and as detailed as possible. A consent document is helpful legally but also ethically, since it helps the journalist and complainant focus on the terms of their agreement.

Take time for reflection: The report says: “We advise journalists to give a complainant a day or two to sit with her decision before actually revealing her identity; taking that time up front will almost certainly reduce the likelihood of “source remorse” (and the possibility of an unpublishing request) later.”

Aside from these steps to ensure informed consent, the CAJ paper makes a number of other useful points. It reminds journalists that their “obligation is to tell the entire story, not just the complainant’s perspective.” Telling all sides of the story may mean the report will include details that are inconsistent with the complainant’s account of a crime.

Also, despite the sensitive nature of such cases, the journalists still needs to verify, as much as possible, the claims and alleged facts surrounding the case.

These guidelines do not guarantee that naming a complainant will not lead to difficulties in the future, legally or ethically.

But they do help responsible journalists think through this important and complex decision, and to combine reporting the truth with minimizing harm.