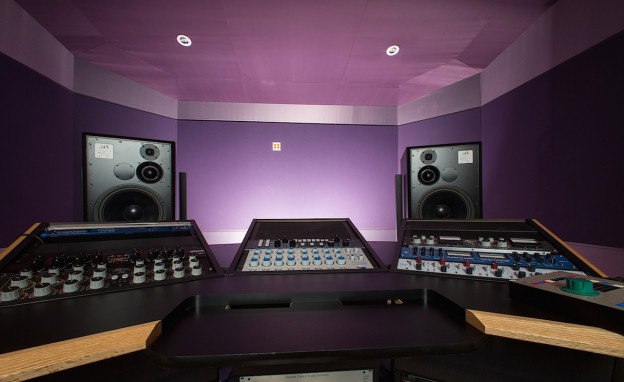 In 2010, Taylor Bell was a high school student at Itawamba Agricultural School. Bell shared a common teenage aspiration to a career in music, and he was actively working to make his dream a reality. He wrote original rap lyrics, recorded at a professional studio and shared his work through a variety of social media.

And like many young artists, he drew inspiration from the world around him. When several of his female friends told him that they had been sexually harassed by two of the school’s male teachers, he translated his frustration and anger at the situation into lyrics (warning: some of them explicit), such as:

"Allowing schools to use the Tinker standard to shut down off-campus speech could effectively silence students who want to raise awareness...That creates a dangerous chilling effect."

White dude, guess you got a thing for them yellow bones
looking down girls shirts
drool running down your mouth
you f***ing with the wrong one
gonna get a pistol down your mouth
Pow.
(full lyrics available, NSFW)

Other lyrics called a teacher out by name and claimed the teacher had touched girls inappropriately. Bell recorded the song off-campus, uploaded it to his private Facebook account, and avoided discussing or playing it at school. Despite his attempts to keep the song away from school grounds, one of the teachers heard the song, the principal and school board became involved, and ultimately Bell was suspended because, in the district’s estimation, the song “did threaten, harass and intimidate school employees.”

Bell claimed the school’s actions violated his right to free speech. The U.S. District Court for the Northern District of Mississippi disagreed, as did the Fifth Circuit in a highly divided en banc decision. Bell has filed a petition for the U.S. Supreme Court to hear his case.

Where does ‘student speech’ end?

Bell’s situation highlights a critical issue in public school student speech law: the constitutionality of school regulation of student speech that occurs off campus, outside of school hours and/or with non-school equipment. The four U.S. Supreme Court cases that provide the most guidance to public school regulation of student speech all occurred within a traditional school context – a classroom or school activity taking place during the academic day – and therefore have not had to analyze the reach of the school’s authority.

Photo by Flickr user t. and used under a Creative Commons license

Lower federal courts, on the other hand, have dealt with public school regulation of off-campus student speech, and primarily applied the 1969 Tinker v. Des Moines precedent to allow such regulation. Tinker determined that schools must establish that student speech caused (or could be reasonably forecast to cause) a “substantial disruption of, or material interference with, school activities” to regulate such speech, but the language of the precedent appears to presume such speech exists within the “schoolhouse gate” in the first place.

In Bell’s case, the Fifth Circuit deemed his speech open to regulation by the school because “Bell’s admittedly intentionally directing at the school community his rap recording containing threats to, and harassment and intimidation of, two teachers permits Tinker‘s application in this instance.” In other words, because Bell created the song with the intent that other students and possibly administrators might hear it to become aware of the problem, he placed his speech under the school’s authority.

Should the Supreme Court hear this case?

Many say yes. As Bell’s petition to the Court notes, lower courts have been inconsistent about if, when and how schools can punish off-campus speech. When such inconsistency occurs, it becomes the responsibility of the Supreme Court to resolve differences and provide definitive guidance, especially in a scenario like this one (schools disciplining student social media speech), which is likely to happen again.

Perhaps the most compelling argument that the Court should accept Bell’s case comes from an amicus brief filed by the Student Press Law Center and FIRE:

“Petitioner’s speech was clearly on a matter of public importance – that of inappropriate behavior by coaches with students. Speech addressing matters of public importance does not lose its constitutional protection because it is insulting or profane. If Taylor Bell was a more traditional commentator using a more traditional method – i.e., a pamphlet of political cartoons – to make the same point using comparably crude language, it would be readily recognized as absurd for a school to assert punitive authority over his off-campus pamphleteering on the same terms as on-campus speech merely because he was speaking about, and attempting to bring about change within, the school.”

Photo by Dennis Hill on Flickr and used here with Creative Commons license.

Allowing schools to use the Tinker standard to shut down off-campus speech, including social media, could effectively silence students who want to raise awareness of what goes on within school walls and hours. That creates a dangerous chilling effect – one that the Supreme Court has already addressed related to public school teacher speech. In 1968, the Court overturned the firing of a public school teacher for writing a letter to the editor of his community newspaper criticizing the school district’s spending decisions. In that decision, Justice Marshall wrote:

“Teachers are, as a class, the members of a community most likely to have informed and definite opinions as to how funds allotted to the operation of the schools should be spent. Accordingly, it is essential that they be able to speak out freely on such questions without fear of retaliatory dismissal.”

It isn’t too far a stretch to say that students have equally informed and definite opinions of their experiences within public schools, and should be able to speak similarly freely.

Regardless of the topic of a student’s speech, however, both the petition to the Court and the amicus brief filed by the SPLC/FIRE (along with briefs from the Marion B. Brechner First Amendment Project, the Mississippi Center for Justice, and the Advancement Project/One Voice) provide compelling arguments that the Tinker precedent simply doesn’t apply to the question of off-campus student speech. It allows schools such potentially sweeping authority over student’s private lives, one could argue that students are legally unable to put the role of “student” aside until promotion to another school or graduation.

But there’s hesitation about this case as well

A few scholars have suggested that the best outcome for student speech at this time is for the Court to decline to accept this case. This argument is rooted in the potential for Bell to create a speech-restrictive precedent rather than a speech-protective one. As TCU Professor Daxton “Chip” Stewart tweeted:

no, b/c I don’t see 5 votes to reverse on these facts (see Morse)

He noted that he believed the Fifth Circuit was wrong in its analysis of Bell’s case, but followed with:

remember, Sotomayor was in majority in Doninger, with better facts.

Doninger dealt with a high school student who called her school’s administrators “douche bags” on her personal blog for abruptly canceling an event she had been planning. She was subsequently banned from running for student government and filed suit. Sonia Sotomayor, who would later become a Supreme Court Justice, served on the Second Circuit Court of Appeals panel that heard Doninger in 2008 and supported the school’s disciplinary action.

There is the complicating issue of the implied threat in Bell’s rap lyrics, which University of Wisconsin-Milwaukee Professor Christopher Terry brings in as well:

Sadly, as mechanism of the time in we live in. Threats (real or otherwise) treated differently especially w school.

The impact (if any) of Justice Scalia’s passing

Justice Antonin Scalia voted with the majority on both Hazelwood v. Kuhlmeier and Morse v. Frederick, but did not join with any of the concurrences in the latter. Of the four justices who dissented in Morse, only two (Ginsberg and Breyer) are still serving.

The Supreme Court doesn’t release the names of the justices who voted to grant certiorari, so it’s uncertain if Scalia would have supported hearing Bell’s appeal. It’s a fair guess that, if he had heard the case, he would have voted to support the school’s decision, but that’s not a certainty. If the Court does decide to take the case, it could take 6-8 months before it is argued, and a new justice could be seated by then.

But that, as they say, is another column.

A hope for resolution

The issue of school regulation off-campus public school student speech absolutely needs resolution. The split among the federal circuit courts regarding the rationale and approach to such regulation is enough to urge the Court’s acceptance of the case. The almost certain likelihood of the circumstances repeating should seal the deal. And the application of Tinker ought to be overturned, as such application exceeds the authority the precedent originally conveyed.

However, in the words of Stewart, “See Morse.” What remains to be seen is if, and how, the nine men and women of the Court will consider this vital modern question of student speech.