Why J-Schools Need to Think About Confidential Sources 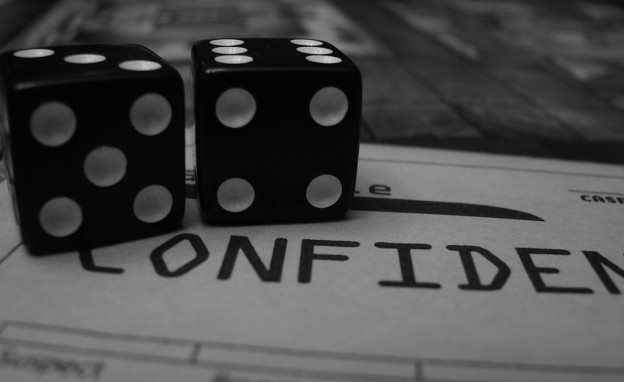 Photo by Hilary Dotson on Flickr and reused here with Creative Commons license.

In July 2000, Linda Tracy was in the right place at the right time to film a series of arrests of a group of Hell’s Angels in downtown Missoula, Montana. The city attorney’s office filed an investigative subpoena requesting that Tracy turn her tapes over for inspection. She countered with the Montana Media Confidentiality Act (ß 26-1-902, M.C.A.).

Tracy’s challenge? The city’s assertion that the Act’s definition of “journalist” did not apply to her as a journalism student.

"There’s a need for a rich and deep ethical conversation, but also an understanding that students may not have legal protection for confidential sources in their class work." - Dr. Jason Shepard

In Tracy v. City of Missoula (2000 Mont. Dist. LEXIS 2134), District Judge Douglas Harkin ultimately extended protection to Tracy because she had created an independent production company and had been gathering information primarily in that role when she filmed the activities in Missoula.

But Judge Douglas began his analysis by noting that under the Act, the term “person” “does not encompass any university student studying journalism at the University of Montana who receives academic credit from the Journalism Department for school work performed.”

This was one court’s decision interpreting one state’s law. The larger legal question of journalism students and their use of confidential information or sources remains unanswered, and it’s a question that’s becoming too big to ignore, especially as more and more journalism classes use digital technologies to create public media products. With legal rights also come responsibilities and ethical questions for both faculty and students when journalism assignments intersect with confidentiality.

Photo by Jarret Callahan on Flickr and reused here with Creative Commons license.

Before a court explores the critical need for the information, the ability to find it in other ways and the balancing value in protecting confidentiality, however, the court must first ensure that the reporter is covered by a privilege law in the first place. Unlike licensed professions, like law or medicine, that have more clear-cut definitions of who is or isn’t a doctor or lawyer, there’s a great deal of uncertainty about who is a “journalist.”

“Some states require employment, while some define with a broader approach,” said Jason Shepard, chair of the Department of Communications at Cal State Fullerton and author of “Privileging the Press: Confidential Sources, Journalism Ethics and the First Amendment.” “It all depends on the context in which privilege is raised.”

Are journalism students “journalists” for purposes of privilege?

It’s not a question we can answer just yet, says Geoffrey Stone, Edward H. Levi Distinguished Service Professor at the University of Chicago. On the one hand, journalism students play a role that’s highly analogous to professional journalists. On the other, “Journalists have a special role in democracy,” Stone says. “Scholars, students, researchers do not.”

A small handful of court cases have explored the possibility of a “scholar’s privilege,” which would allow researchers who engage in sensitive research to protect the confidentiality of their research subjects from outside inquiry.

In In re Cusumano, for instance, the First Circuit Court of Appeals denied a request from Microsoft to compel a pair of researchers from revealing information collected for a book on the feud between the company and Netscape Communications, noting “the scales tipped in favor of preserving confidentiality and against the wholesale disclosure of investigative materials gleaned in the course of pre-publication academic research.”

In 2011, however, a Cook County court deemed that the Illinois law that protected journalists, including student journalists, from having to reveal confidential information and sources did not apply to journalism students in Northwestern’s Medill Innocence Project. Those students were required to turn over notes, emails and other materials related to their investigation of the conviction of Anthony McKinney.

Stone notes that the core argument for a researcher’s privilege is that some subjects won’t be willing to speak without a guarantee of confidentiality. Research that touches on sensitive subjects, like personal trauma or illegal activity, wouldn’t be conducted and we would lose the valuable learning opportunities that come with such study.

However, Stone says that argument not only creates a slippery slope, but a narrowed one. As such, he believes courts would be reluctant to extend privilege beyond what is explicitly noted in state law.

“The more you extend who can get privilege, the more government may restrict the extent of the privilege,” Stone says. “The cost of expansion is dilution.”

Should journalism students have privilege?

In the 1974 book “Captive Voices,” one Indiana newspaper editor wrote that principals should be able to regulate high school journalism because “All animals walk with assistance before they run. Only poisonous snakes are trusted with a venomous bite from birth.” The argument is simply that inexperience leads to poor decisions, and it’s an argument that can be easily applied to the question of college/university journalism students and confidentiality.

“We should empower students to act as journalists,” she says. “Hold beginning students accountable for good ethical decisions from the start. They can ask older students and professors for guidance when they’re unsure. That’s a learning opportunity, too.”

Guzmán says the decision to grant confidentiality to a source is an ethically complex one that requires journalists at any level to intentionally explore such issues as the safety of the source, the critical nature of the information to the story, and the ability to find information in ways that don’t require confidentiality. In order to prepare rising journalists for the reality of the profession, she says, students should be able to grapple with those questions actively in the classroom.

Shepard says he agrees that the classroom is an ideal place for those conversations, but the complex ethical issues around confidentiality can complicate the ability for students to gain essential basic skills. Instructors need to help students build a process for determining when confidentiality is necessary and appropriate.

“That process should be grounded in ethical considerations and professional norms,” he said. “There’s a need for a rich and deep ethical conversation, but also an understanding that students may not have legal protection for confidential sources in their class work. We have a responsibility to teach both the benefits and the risks.”

Where do we go from here?

While most state statutes should protect any journalist (student or not) who gathers news for online publishing and most courts have given a generous reading of the privilege to include nontraditional journalists, it would be risky to take it for granted that the privilege will automatically apply. The ethical responsibility of the journalism student, however, is no different than the journalism professional. Is the confidentiality necessary? Is the information critical and otherwise unattainable? Is the source’s safety at risk?

This means making the room to ask, explore and process questions of confidentiality within the work of the journalism classroom – if not for today’s work, then for tomorrow’s.

This post was updated January 13, 2016, to clarify the first sentence of the second to last paragraph and indicate that students should not assume a privilege applies or does not apply to them.