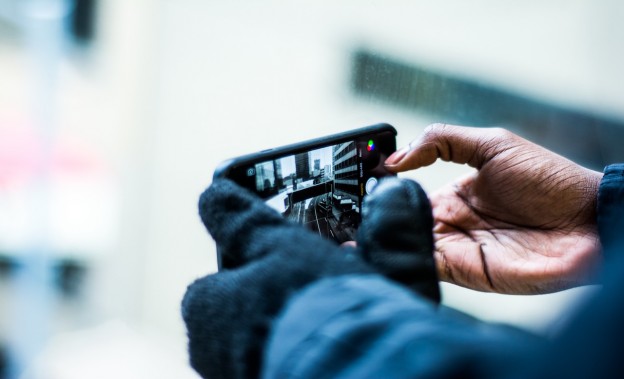 Michelle Li realized that her viewers had a huge demand to learn more about the Steven Avery murder trial, which was recently examined in a 10-part documentary on Netflix.

The series has captured the national conversation among journalists and the viewing public alike. That seems to be especially true in Wisconsin, where the case took place and where Li is an anchor at WISC-TV 3 in Madison.

"At this point in their development, most live-streaming tools are building functionality instead of detailed analytics."

There was no way that Li could meet that demand for answers and more information in her televised newscast alone. So she turned to Facebook’s new live-streaming tool.

The response was huge.

The post asking for questions reached more than 120,000 people on Facebook. The top questions from viewers received dozens and dozens of likes to rise to the surface. Then the 15-minute live stream with Strang attracted more than 100,000 views and 1,000 shares.

To stream her interview with Strang, Li used Facebook’s Mentions app, which is available to celebrities and journalists to broadcast live to their followers. Other journalists such as Lester Holt and Jorge Ramos are also broadcasting live on Facebook with this tool.

In the past, Li has experimented with live-streaming tools like Google Hangouts, Bambuser and the now-defunct VYou. But now with Periscope and Mentions, her live stream reach vastly increases because she’s meeting viewers where they already are and they can easily subscribe.

“A vast majority of our television audience is still on Facebook,” said Li, who has nearly 9,000 Facebook friends and followers.

The metrics around a case study like Li engaging her viewers shows the potential for emerging live-streaming apps like Facebook Mentions, Periscope or Meerkat. Periscope alone has 10 million users watching 40 years’ worth of video every day, according to AdWeek.

“They’re critical in the future,” said Li, who has more than 670,000 followers across social media platforms.

“I’ve learned that a lot of people who are watching us on Periscope and Facebook are watching us on a second screen,” Li told MediaShift in an email interview. “Journalists have to get used to using these tools because the audience simply demands more.”

The idea of a journalist sharing video directly to his or her audience isn’t new. What’s different about live-streaming tools is the sense of immediacy and intimacy.

With live streaming, viewers feel like they’re getting an insider’s behind-the-scenes view. And because there is minimal production effort — journalists simply point their phones at themselves or their subject — journalists can instantly communicate when there’s breaking or timely news.

“People want to have real-time access to information as well as to the people delivering that information,” Li said. “They want to follow up with questions and share their opinions. People don’t want to hear from news anchors shouting down from a mountain top. They want real people telling real stories.”

So how do journalists measure if their live-streaming efforts are successful? Right now, it comes down to three primary metrics: Views, followers and engagement.

These basic metrics are typical of an emerging platform that hasn’t developed sophisticated, detailed metrics yet. Views, followers and engagement can be measured in the apps themselves.

At this point in their development, most live-streaming tools are building functionality instead of detailed analytics.

But there are also third party tools that are starting to dig into deeper analytics with live streaming.

Michael Alatortsev, founder and CEO of iTrend, said he is hoping to quickly get beyond the “vanity metrics” currently associated with streaming media.

“Most companies and traditional CEOs use a very one-dimensional platform which they call analytics, which is just views and clicks with no explanation about the patterns,” Alatortsev said.

With iTrend, Alatortsev created a platform that indexes every livemedia stream that is available to the public, such as Meerkat, YouNow, Periscope and Twitch. Then, iTrend uses analytics to discover what kind of influencers and content are relevant to a particular target audience.

“Kim Kardashian or Justin Bieber may be big influencers in a lot of people’s mind, but it really depends on the subject,” he said. “Our influencer index is very context aware.”

By providing users with analytics that show the most engaging content, Alatortsev hopes to inform journalists about why consumers are interested in one piece of content but disinterested in another, and what motivates them to binge.

And then, there is the afterlife of a live stream. A short live stream burst can act as a sort of movie trailer to whet viewers’ appetite for more news. This can increase the total viewership metric dramatically.

That’s what Li did with her video with Strang, the Avery defense attorney. After broadcasting the live interview, Li cut together an edited version with screenshots of viewer questions. She then posted the new video on the TV station’s Facebook page and her YouTube account.

“I love doing live streams, but what I’ve found is that most live streams are not very entertaining to watch in a replay,” she explained. “So, if I think a live stream’s content may have value later, I try to think of a way to edit it so it will be palatable to a viewer hours, days or even weeks later. It usually pays off – for example, even on YouTube, I have a few videos with more than a million views and sometimes the views come in waves.”

In a week, her edited live stream with Strang received another 660,000 views.

A few days later, screenshots from the live stream reached the level of the ultimate viral metric: A BuzzFeed post.