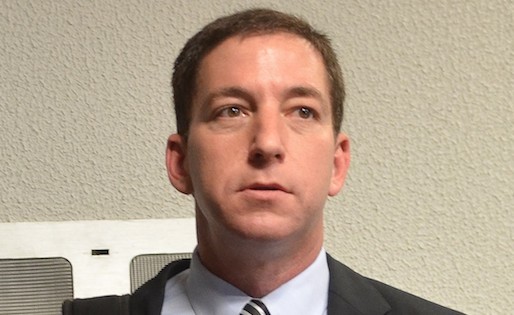 It’s fair to say that the Edward Snowden leaks, which revealed top-secret and wide-ranging surveillance programs run by government agencies such as the NSA and the GCHQ, has been the biggest journalistic scoop of the decade. What people may not know is that the now-famous journalist who scooped the story, Glenn Greenwald, was a freelancer.

Though he had been writing regularly for the Guardian, Greenwald had insisted on his independent status, just as he had in his previous gig with Salon. In fact, Greenwald had always been an independent journalist: His first foray into the field was his blog, Unclaimed Territory, which he began in 2005 after 10 years of practicing law.

"I think the challenge for a freelancer is to figure out what they can contribute that is actually unique and can really make a difference."

Now, Greenwald has finally settled down. In 2014, he became one of the founding editors at The Intercept, a publication dedicated exclusively to adversarial investigative journalism. Funded by eBay founder Pierre Omidyar, The Intercept is just one of many organizations founded in recent years that is trying to produce the kind of investigative work that made Greenwald famous.

Photo by Gage Skidmore on Flickr and reused here with Creative Commons license.

The Feasibility of Freelancing

Do you think it’s possible, financially and otherwise, to be a freelance investigative journalist? I’ve talked to a lot of people who say you can only do it if you have the backing of a media company or a nonprofit or what have you. Do you think its possible in today’s media climate?

It’s definitely very difficult and it’ll likely be a struggle for a while… but I do think it’s possible.

I think that for two reasons. Number one is that there are a lot of new media companies that are very well funded, and as a result they’re really aggressively competing with one another for high-quality content. If you’re a freelancer who’s just kind of producing hot takes or things that are easily replicated elsewhere, there probably isn’t going to be much of a competition for what you’re producing. But if you’re actually producing something unique and high-quality, there are a lot of new organizations around with a lot of money, and they’re looking for really good stories. That has made being a freelancer much more valuable.

Do you think there can be advantages to being independent?

I think there’s huge benefits. In fact, in every single writing position that I had in my career, I always did it freelancing. I’ve never joined the staff. Even when I had a ongoing relationship with Salon and the Guardian, I retained my freelance status. I did that in part to retain my independence, so that nobody could tell me when to write or what to write about or how to write, and also so that I was free to go other places and use other platforms to convey things that I thought needed to be conveyed. You are a lot more independent. You have a lot more autonomy journalistically.

The downside, of course, is that you have less security and stability. But, again, if you find a way to position yourself as somebody who is of value to one of the bigger organizations, I think that can be overcome. Then the benefits easily outweigh the costs.

There is this general narrative that mainstream media companies care less and less about investigative work while nonprofits and venture-backed companies like The Intercept and BuzzFeed are picking up the slack. Do you agree with that, and what do you think that means for the future of investigative work if that’s true?

But if you look at what a lot of new organizations are doing — and I think BuzzFeed is probably the best example, just because they were reputed for so long to be the epitome of all the worst things about new media journalism — they devote a lot of money to a lot of great journalists who go around the world and report on really complex, deep stories in a really substantiate way. A lot of them don’t produce anything for weeks or even a couple months at a time. That’s the leisure that they have because of how well funded they are and how well they’re doing.

You see that at other places, too. The Intercept is geared exclusively to that. We’re a little bit different because we don’t have revenue pressures because of how we’re funded. We have a lot of young writers on staff who maybe produce five or six pieces, not a day or a week or a month, but in a year.

I think that you’re seeing more and more of that because you have to to be truly competitive on the Internet. If all you want to do is just produce a lot of traffic and not really care about how much reader loyalty you have — and I would put Vox in that category — then you don’t have to care about how much investigative journalism you’re doing. You just tell your writers, “Produce eight to ten posts a day,” and then the only metric you evaluate them with is traffic.

But I think a lot of other sites are looking to other metrics besides just the immediate gratification of clicks. They realize that their long-term branding and long-term sustainability depends on them producing high-impact journalism stories that last for more than a few hours. I think it’s really good news for young writers and for freelance writers who want to do real journalism.

What do you think of nonprofit investigative organizations? One of the main ones that people always talk about is The Marshall Project. I actually heard founder Neil Barsky speak recently, and he said he thinks nonprofits are the future of investigative journalism. Would you agree with that?

I’m a little reluctant to say that there’s “the” future of investigative journalism. I mean that’s definitely one promising model and they’re doing great things, but BuzzFeed is another model — and they’re the opposite of nonprofit. They’re very for-profit and they’re producing a lot of great journalism. [The Intercept] is kind of a hybrid because we just happened to find a very well-resourced funder who believes in the journalism that we’re doing and is willing to back it. And I think reader-supported journalism has a real future on the Internet as well. So I wouldn’t say that any one model is “the” model for how investigative journalism could work.

I do think that looking at journalism as a public service — which is ultimately what nonprofit status is about, finding a rich person or a series of rich people who support the journalism you’re doing — that is a really promising model. Ultimately, journalism, when it’s done right, is a public service and should be supported in the same way that charities and hospitals or artists throughout history have been. It contributes to society in a really important and indispensable way, and I think people are starting to realize that more and more.

And what do you think of companies and brands funding investigative work like they would other charitable work? Do you think that’s dangerous or do you think it’s promising?

It is dangerous for all the obvious reasons, which is that funders might want to attach stings to the work that you do. But the same is true of sites that are funded by advertisers. BuzzFeed has had several pretty serious — I don’t know if they arrived at the level of scandal, but certainly controversies where a lot of people believed they catered the content of their journalism to please advertisers or to avoid displeasing them.

So, I think there are dangers in all of the models that we’ve been talking about. With funders — you might even subconsciously want to avoid doing things to alienate your funders. Even reader-supported sites [have dangers]. I know when I was reader-supported for a long time there were several occasions where I knew what I was writing was going to alienate a large segment of my readership. Of course, you have that thought — ”Should I do this?” — because you know they’re the ones ultimately funding you.

You have to remember why you went into journalism and realize that the only way you’re going to be a valuable journalist is if you follow your passion and preserve your journalistic integrity. Which means never compromising what you think or say because of money. The minute you start compromising what you think or say because of money, you’re going to be some shitty Politico columnist or something. If you want to avoid falling to the level of Politico, which I think every decent person by definition does, you have to be willing to alienate even the people who are funding you. Most of all, negotiate from the very start with whoever funds you your full and absolute right to have journalistic independence. Never let anybody interfere with the things you want to do and say. That’s the number one rule for everything.

Advice for the long haul

What kind of general advice would you give to young journalists, whether they’re freelancers or not, who are hoping to break into the investigative field?

In the first instance, be a little bit willing to sacrifice some short-term work for longer-term benefit. I know this is really hard to do if you’re trying to pay rent, but instead of taking every single job you can and just turning out copy in order to get $250 checks here and there, try and work in a more substantial way so that what you’re producing is more geared towards quality rather than quantity.

I think the most important thing is to avoid being a generalist. Don’t be willing to write about every single topic, because no person can be well-versed in every topic. If you write about stuff in which you are not well-versed and you don’t really have expertise, you’re just going to turn out mediocre product. And that’s going to affect how you’re perceived in the long run.

It’s so critical to figure out what you’re really passionately interested in. Because there’s a market for everything. There’s a huge Internet out there. Topics that seem really obscure can definitely, if you do it the right way, generate enough attention and interest to sustain you, and maybe even push you beyond that. It’s critical to just pick a few topics of which you have a great deal of passion, and develop genuine expertise in those so that what you’re producing can’t be found anywhere else except with you.